During this year’s holiday shopping season, major US wireless operators such as AT&T, Verizon, and T-Mobile all provided rebates for purchases of Apple devices. However, according to many buyers, these discounts are technically “unredeemable”. Gone are the days where an iPhone sell for $199. Now, buyers of flagship iPhones will have to spend in excess of $1000 to own one. For tech enthusiasts, spending $200 on a new iPhone every two years is not a problem. However, paying $1,000 for a device that you will change in two years is another matter altogether. 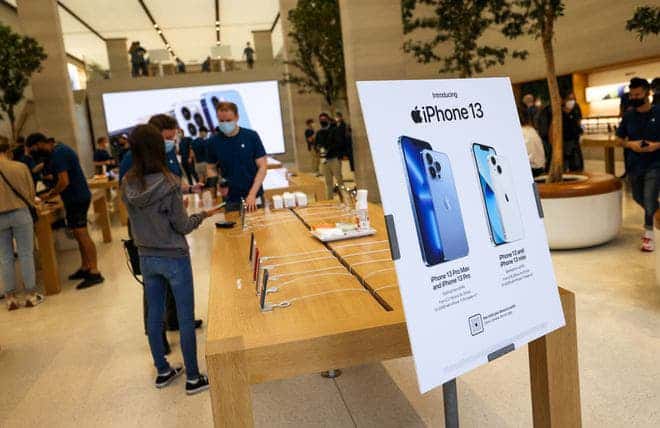 As a result, Apple and wireless operators developed a marketing plan that allows users to pay in monthly installments. All wireless operators have begun to promote such plans. Also, Apple is vigorously promoting the benefits of its iPhone’s annual upgrade plan and the monthly installment payment feature of Apple’s credit card. However, in recent times, Apple and operators switched back their usual retail strategy of rebate on purchases. This year’s purchase rebates are particularly strong, perhaps because the iPhone 13 and Apple Watch Series 7 have both ushered in major upgrades.

AT&T and Verizon also launched similar promotions for the latest iPhone. In addition, all wireless operators offer discounts of $100 and $200 for the cellular version of the Apple Watch and iPad respectively.

Some users bought the Apple Watch Series 7, which went on sale in October this year and applied for a $100 rebate to T-Mobile. However, a few weeks after submitting the application, the T-Mobile marketing website informed the user that the application was rejected on the grounds that the relevant product was not activated during the marketing campaign.

Many users can not apply for the discount

Some users can not apply for the rebate. Furthermore, the operator tells some users that that Apple Watch promotions do not exist. After many calls and talks, some users eventually got the $500 rebate from Apple. However, the discount from the wireless operator seems to be a charade.

Verizon stated that it has investigated complaints about iPad rebates. The company claims that “marketing activities plays a due role in eligible Verizon users”.

T-Mobile said that the iPhone rebate problem was caused by a loophole. However, the company is in the process of fixing it.

T-Mobile said in a statement: “It’s never a good thing to hear that our customers have a bad experience.”…“We will work with our partners to do better, and strive to make any necessary improvements in the overall experience.”

The company claims that “Although there are various eligibility requirements and terms for each type of rebate, we don’t want anyone to feel that these terms are misleading, confusing, or hidden.”

Simply put, these subsidies or discounts have several terms and conditions that make them unredeemable. It appears that Apple and the operators are not entirely honest about the huge discounts.