Google has announced the deployment of one-on-one personal voice and video calls between users in the chat of the Gmail application. It is expected that this function will soon become available to users of the company’s mail service on devices running Android and iOS.

Note that the ability to make calls via Gmail was present before. However, this feature was implemented through the Google Meet service and users had to click on a special link generated by the call organizer to join the conversation. Now it will be enough to press one button to contact someone from your list of contacts. This is much easier because users no longer need to create and distribute links to join the conversation.

To start a voice or video call, you need to click on the corresponding icon with the image of a handset or video camera, which will appear in the Gmail application menu. Users who initiate a call from the Google Chat app will be redirected to Gmail, underscoring the developers’ intention to make the email service the center of their communications platform.

According to reports, the ability to make voice and video calls via Gmail began to roll out this week. It will take some time before it becomes available to all users of Workspace, G Suite, and personal Google accounts. 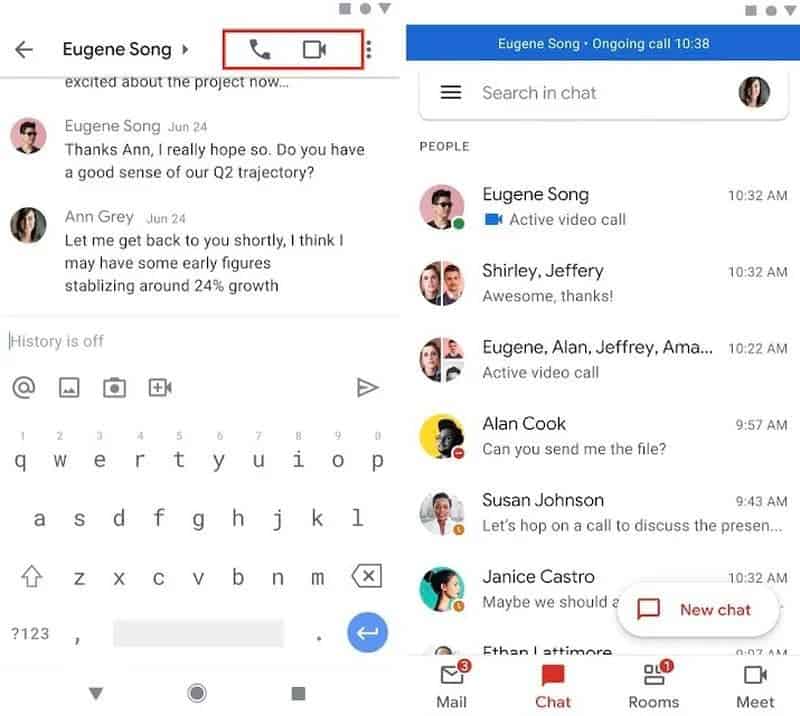 Gmail, YouTube, Maps and other accounts no longer available on old Android devices

One of the services that Google provides to its users is account access in various applications and services. But now the company has decided to “clean up” the ranks and since September is discontinuing login support for very old devices.

Google sent out an email warning users of devices based on Android 2.3.7 and earlier that it would no longer support account access on Google services. This means that starting from September 27; users will not be able to log into their accounts and this rule applies to older versions of Android:

Considering that version 2.3.7 of Google’s OS was released in September 2011; this means that support will be discontinued for versions of the green robot that are at least ten years old. This will affect sign-in at the system and app level; although visits to Google Search, Gmail, Drive, etc. through the Android browser will still be open.

Google says this is done to “help protect the security of your account”. In addition to services and applications, users of old devices will not be able to create a new account; change the account password, reset to factory settings, and other actions. Therefore, owners of old devices are advised to update the software or simply spend money on buying a new gadget.

Previous Google Chrome started to lose users: they are switching to Microsoft Edge

How to revert Gmail to its classic design