The Huawei Watch D smartwatch’s China launch may be right around the corner if a recently surfaced report is anything to go by. Furthermore, the word on the street is that the smartwatch will boast an impressive array of features. Aside from that, it will support health-related functions like blood pressure monitor. To recall, a noted tipster shared an image of the purported wearable, suggesting that it will sport a rectangular display.

Moreover, the previously shared image implies that the right edge of the smartwatch will house two buttons. To recall, the Chinese tech giant unveiled the Huawei Watch GT Runner in November this year. The watch offers an impressive battery life of 14 days. Also, the Watch GT Runner monitors the wearer’s sleep and stress levels and features a blood oxygen saturation sensor. Now, much to the delight of fitness conscious people, Huawei is reportedly set to bring another smartwatch dubbed, the Huawei Watch D into the market later this month.

The upcoming Huawei Watch D will launch in the company’s home country on December 23, according to a report by XDA Developers. Aside from that, the report suggests that the watch will feature a blood pressure monitor just like the one available on the Samsung Galaxy Watch 4. Moreover, the watch will offer comprehensive blood pressure results, enabling users to track improvements. Despite offering these impressive features, the Huawei smartwatch will reportedly be more affordable as compared to the Galaxy Watch 4.

Not too long ago, a leaker posted some promo images of the Huawei Watch D to their Weibo account. The images suggest that the smartwatch will sport a rectangular display. Aside from that, it could feature two buttons to access Home options and Health features. Moreover, the Huawei Watch D has reportedly bagged the State Drug Administration Class II medical device registration certification. Huawei watches offer the best experience when used with the Huawei Health app. When the watch is paired with the application, it allows users to maintain a history of their blood pressure results, while monitoring improvements. 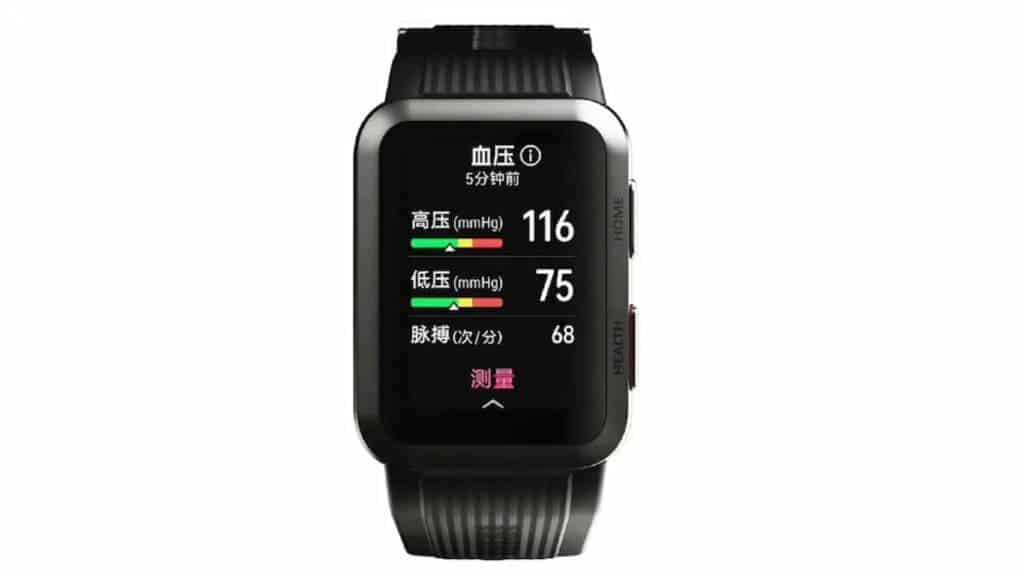 Regrettably, other details about the Huawei Watch D smartwatch are few and far between at the moment. However, more pieces of vital information about the smartwatch are likely to be revealed during the December 23 launch event. Aside from its new watch, Huawei could be unveiling a slew of other products at the upcoming event.

Next Samsung mobile division has a new name