Korean media IT Material released a series of brand new wallpapers for the upcoming Samsung Galaxy S22. Prior to this, Ice Universe has shown a set of wallpapers. Now, there are a few more wallpapers. Let’s take a look.

According to @Snoopy, the Samsung Galaxy S22 will provide the following features:

Here are the confirmed #GalxyS22 Options (by retailers):

In addition, the Samsung Galaxy S22 series is expected to come with the Qualcomm Snapdragon 8 Gen1 or the Exynos 2200 chipset. The latter will also integrate AMD Mobile Radeon GPU with RDNA2 features.

We also know that the series will come with a rear triple camera, including a 50 MP main camera, an ultra-wide-angle lens, and a telephoto camera that supports 3x optical zoom. Among them, the Ultra version ought to provide a 108 MP main camera.

The rest of the noteworthy features include a 120Hz display, stereo speakers, wireless charging, and waterproofing.

Other than that, the Samsung Galaxy S22 Ultra will sport a 5000mAh battery and support 45W fast charging, while the Galaxy S22/22+ may still support 25W charging.

It is worth mentioning that the next-generation Galaxy S22 Ultra is more like a sequel to the Note series than the flagship S series. That’s why many users guess it could be called the Galaxy S22 Note. The smartphone will suit everyone who liked the Note’s large and slightly angular design. Of course, we should also recall the built-in stylus compartment. The company really tried to highlight the smartphone against the background of other Galaxy S22 models and in it the Note breed is visible. 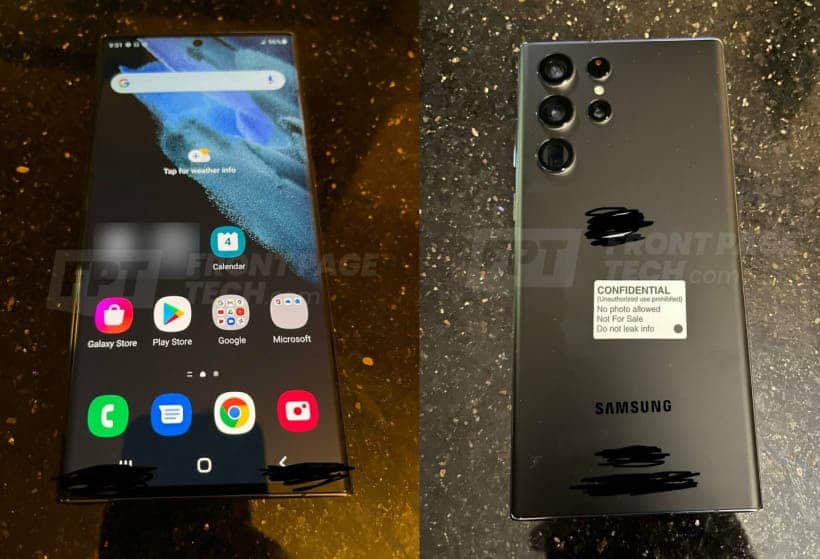 Well, that’s not a secret that the Samsung Galaxy S22 line models will hit the market in February next year. They will not get many design changes in comparison to the current generation. Even the leaked spy photo proves this. Except for the bright black back panel, the appearance of the machine is not much different from that of the S21. As a reminder, the S21 series uses a matte finish. 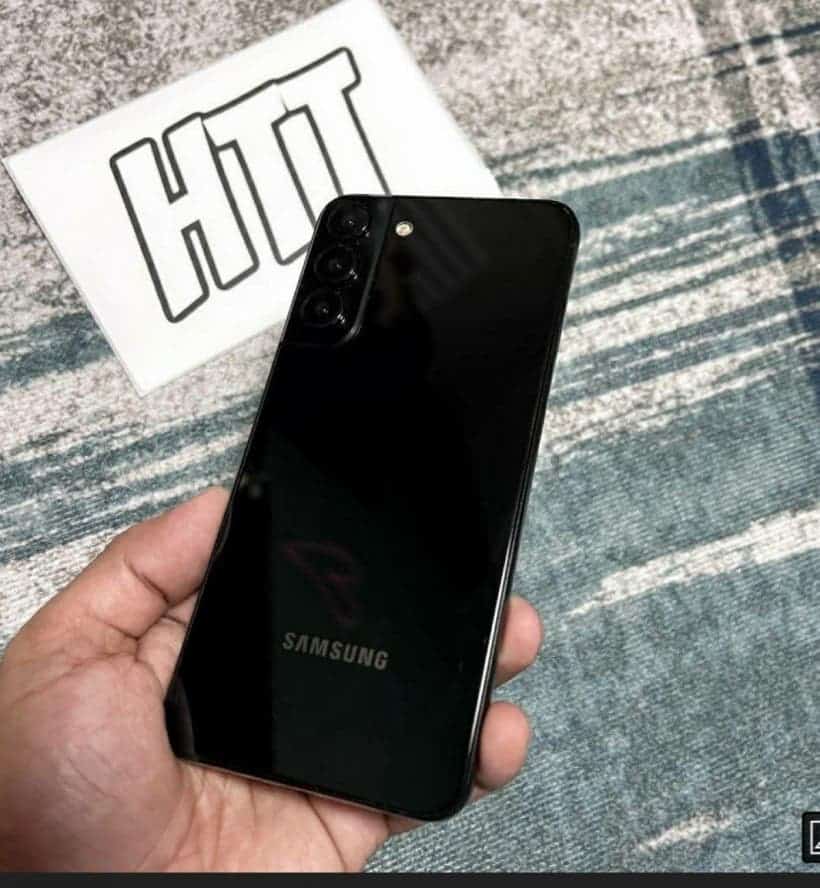 In addition, a smartphone model SM-S908U has appeared on the FCC website. When comparing with the information got earlier, there is every reason to think this is the Galaxy S22 Ultra. At the same time, we can see that the phone comes with an S Pen. The latter has a model named EJ-PS908 Stylus. This is a new S Pen because its model does not match the previous Samsung products.