According to Windows Latest reports, Windows 11 settings and advertisements force users to use Microsoft Edge as the default browser. This is making some Vivaldi users very dissatisfied. Vivaldi co-founder, Jon von Tetzchner, wrote a blog post attacking Microsoft’s serious anti-competitive practices. Recently, Microsoft’s Chromium-based browser has made headlines due to its lack of brilliance. In many ways, Microsoft Edge is similar to Chrome or other Chromium-based browsers. However, the company has been using new tricks to convince users to give Edge a chance on Windows 10 or Windows 11. 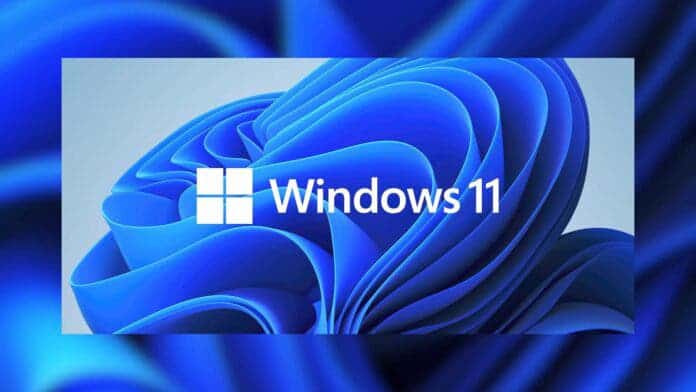 Microsoft’s latest attempt is about a new banner in the Microsoft Edge browser. When a user tries to download the Chrome browser, the banner says “Chrome is the browser of 2008”. In addition, Microsoft makes it difficult to set Vivaldi or Chrome as the default browser for Windows 11.

Vivaldi is obviously not satisfied with Microsoft’s latest attempt to convince users to use Chromium Edge as the default browser for Windows 11.

“Microsoft’s move seems desperate and familiar. Obviously, they don’t want you to use other browsers,” said Vivaldi co-founder and CEO Jon von Tetzchner.

Vivaldi said that some of Microsoft’s practices hindered the business of other browsers, including Vivaldi. For example, if you use Microsoft Edge to search for Vivaldi on Bing, you will be asked to continue using Chromium Edge for a “fast, secure and modern web experience”. 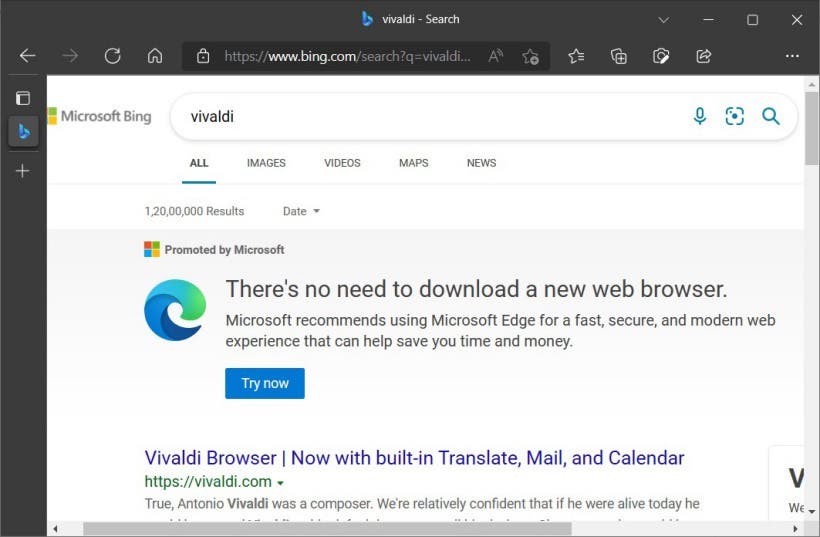 If you ignore the recommendation to install Vivaldi on Windows, Windows 10 will again ask you to keep Microsoft Edge because it is better. On Windows 11, “[this approach] is even worse”, says Jon von Tetzchne.

You need to manually select third-party browsers for various Web-related file extensions, including HTTP, HTTPs, htm, HTML, or files. If you change the default values ​​of all these file extensions, Win11 will display another pop-up window. This pop-up Window will emphasize the capabilities of the Edge browser.

“They even offered to pay you for using the browser through their Microsoft rewards program. This is not the behavior of a confident company that develops an excellent browser,” said the founder of Vivaldi. “This is a company that publicly abuses its strong position and pushes people to use its low-quality products simply because it can [do this].”

“The most important thing is not to let Microsoft win in this stacked game. Hold on until you can use the browser of your choice on Windows – and help your friends or colleagues do the same.” Vivaldi said.