Market research agency, Canalys, released a new report which shows that Xiaomi is growing rapidly in Latin America. For the third quarter of 2021, the Chinese manufacturer is the third-largest smartphone brand in the region by shipments. In Latin America, Xiaomi currently has an 11% market share. Xiaomi is currently the number one smartphone manufacturer in Peru and second in Colombia. Its market share in the third quarter of 2021 in these countries hit 31% and 27%, respectively. 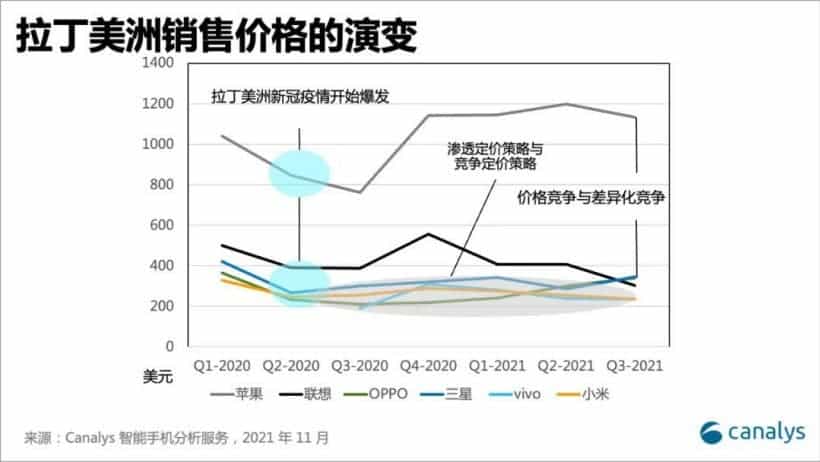 As early as 2017, Xiaomi entered the Colombian, Chilean, and Mexican markets. At that time, the company sold an average of 290,000 units per quarter in these markets. Over time, Xiaomi’s strategy in Latin America has undergone tremendous changes. In 2019, the company further entered another two Latin American markets, Peru and Brazil. The same year, Xiaomi recorded a year-on-year growth of 200% in Colombia and 390% in Mexico.

Canalys said that in 2019, carrier channels accounted for about 64% of shipments in Latin America. Xiaomi began to focus on carrier channels and integrate channel resources at that time. In addition, the sales focus of Xiaomi mobile phones has further expanded from the $100-299 price range, with models under $100 and $400 and above. Xiaomi’s shipments in Latin America increased by nearly 200% year-on-year in a few years.

Xiaomi’s cooperation with local operators is key to its success

In mid-2020, the company appointed a new director to lead the business in the region. Xiaomi signed a new alliance agreement with America Movil, the largest local operator. This helped Xiaomi’s shipments in Colombia through carrier channels increase by 6500% year-on-year. In the Mexican market, the company’s shipments also increased by 244% year on year. As for Chile, the company recorded a 1610% increase by volume. In addition, the retail channel business has also been strengthened online and offline.

Xiaomi has always been very good with price-performance ratio. The company seems to do also very well in many developing regions. These are regions that appear to prefer the mid-range and entry-level prices to the flagship end. The Redmi brand has a lot of decent smartphones which are affordable. However, the company’s cooperation with local operators is its major breakthrough in the Latin American market.