Apple today released a new Android app called Tracker Detect, which is already available on the Google Play store. It allows Android users to detect if AirTag trackers are near them and locate their exact location.

According to the application description, Tracker Detect searches for trackers and other devices that are compatible with Locator Network. That is, the app can work not only with AirTag; but also with a number of other products, including some models of wireless headphones and the Chipolo Bluetooth tracker. 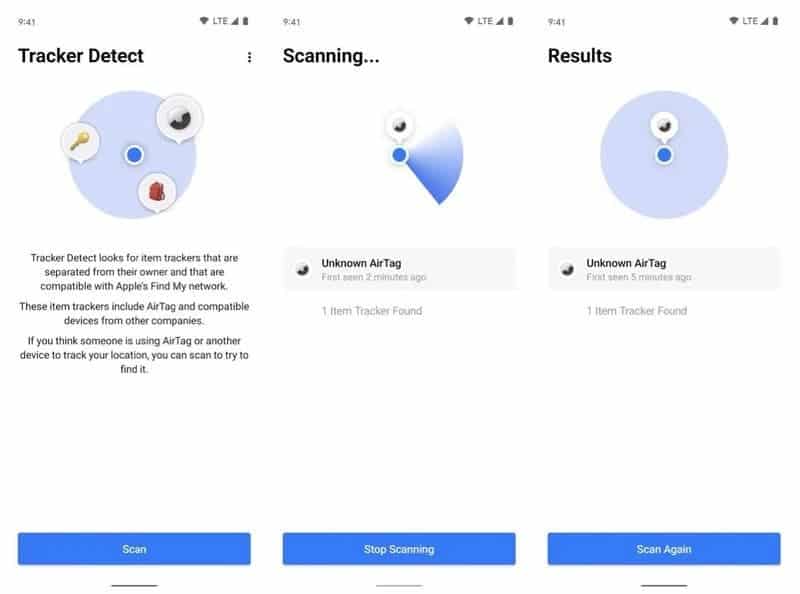 Apple says Android users can also use the new app to detect if someone is using AirTag to track them. Today, with the release of stable iOS 15.2, this feature has become available to iPhone and iPad users. 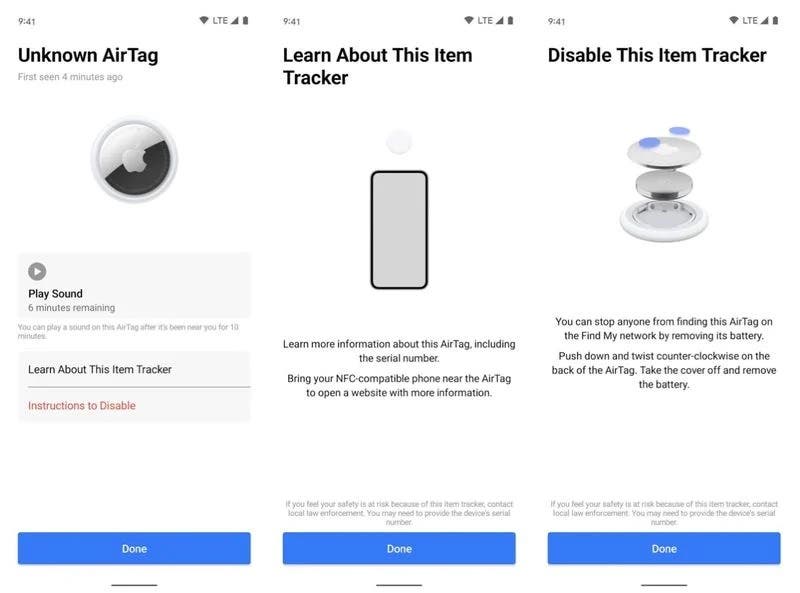 According to a press release from the York Police Force, Canada, car thieves are using a new method to track and steal expensive vehicles. With the help of AirTag smart tags, thieves track the movement of the car to the victim’s place of residence; where they can try to steal it.

In the York region alone, police have recorded five incidents since September 2021 in which thieves used Apple AirTags to steal luxury vehicles.

Thieves target expensive cars that they find in public places and parking lots by placing the AirTag in an inconspicuous place, such as a tow bar or fuel filler cap. There is no way for thieves to disable the Apple Item Safety Feature Tracking Prevention; which alerts users when a strange AirTag is nearby and tracks their location. However, not everyone has an iPhone, and not everyone, when notified, is acting as recommended.

While only five car thefts have so far been directly linked to AirTags, more than 2,000 vehicles were stolen in the region last year; and police believe that smart tags will be used on a wider scale in the future.

Therefore, the police urged car owners to park in closed garages, if possible, and regularly check their vehicle for trackers; especially if they received notification of an unknown AirTag nearby.

In iOS 15.2, Apple introduced a number of new features; including the ability to search for third-party AirTag trackers that attackers can use to spy on a user. The new feature is available in the Find My app. It allows you to scan the air for other people’s beacons and timely detect an AirTag or other compatible device that is invisibly attached to the user’s clothing or things.

Apple AirTag helps the U.S. police once again to crack down theft

Apple AirTag is Sending False Alarms Saying You Are Being Tracked