After a long time with the plain version, macOS Monterey users are finally getting the first “big” incremental update for this year’s operating system version. The new update comes in the form of macOS Monterey 12.1 and brings some improvements as well as SharePlay. For those unaware, this has been Apple’s biggest software feature for 2021. SharePlay had reportedly seen its fair share of bugs since its announcement. This led Apple to multiple postponements across all platforms. Now, however, macOS users will be finally able to experience this feature.

According to the Cupertino-based company, SharePlay is now available on FaceTime on macOS, and the same will expand to third-party developers in due time. SharePlay allows macOS users to collaboratively watch shows, hear new albums or share their entire screens to jointly edit work documents. Apple states that users can jointly work on Pages – the documents app. However, Page’s popularity among users is quite questionable.

Furthermore, SharePlay on Apple macOS Monterey 12.1 will allow users to share Safari pages through FaceTime collaboration. The latter could be useful in joint, web-based tasks, although for the time being, Safari is the only browser supported that enables SharePlay. Apple further states that third-party app developers are gradually getting on board to build SharePlay into their service. 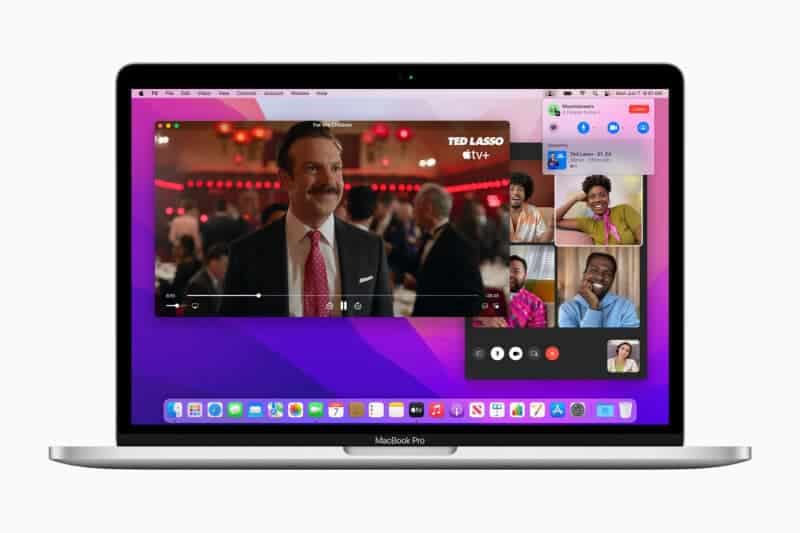 The list of third-party apps that currently offer support for SharePlay through Facetime includes: Zillow, Night Sky, Translate Now, Navi, Ultrahuman, and Apollo for Reddit. Apple has also confirmed that support for HBO Max is coming soon. The list is small, but the situation may be exponentially different in the next year. In later 2022, SharePlay will be pretty much a consolidated feature.

Other features of the latest macOS update include the Apple Music Voice Plan. It allows users in India to pay a reduced fee of INR 49 per month. However, they can use Apple’s streaming service only through Apple’s voice assistant, Siri. According to the Cupertino-based firm, the update also introduces a bunch of new safety features for parents in the Messages app. The goal is to protect kids from talking or receiving improper content from strangers or even known people. There are design refreshes for Memories in the Photos App as well as other underhood improvements for the software.

The update is rolling out for eligible devices at this moment. So it should take a few days to cover all devices across all regions.