Back in July, Vivo unveiled its premium mid-range smartphone Vivo S10 series with vanilla and a Pro variant. Later in October, the brand introduced another variant dubbed Vivo S10e. Now, it’s time to introduce the next big thing for this particular range of devices. The company will bring new smartphones under the Vivo S12 moniker on December 22. In addition to the new smartphones, we’ll finally see the revelation of the Vivo Watch 2.

As usual, Vivo will disclose its new products firstly in China. However, this doesn’t mean that these devices will be exclusive to the domestic market. We may see a launch across other key markets, but that will have to wait until 2022. The event will happen on December 22 at 7:30 PM local time in China. As we mentioned before, the company will disclose its second-generation smartwatch dubbed Vivo Watch 2.

Vivo is gradually building the hype and anticipation for the upcoming launches. The company has posted a teaser on Weibo, hinting at triple rear cameras and curved screens. It also confirms the gold color option for the Vivo S12 series. In case you didn’t know, Vivo is skipping the S11, but there isn’t any explanation for this decision. Anyway, we expect more details to be revealed or teased by the company in the upcoming days. While the “official” details don’t come, we have some leaked tidbits to have a look at. 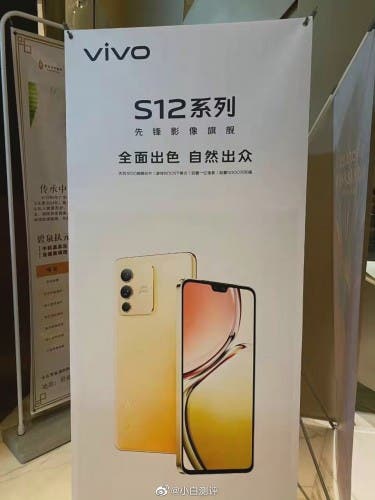 According to a leaked poster, the Vivo S12 boasts flat edges and a notched display. It quite resembles the recently released iPhones. Although Android OEMs already have better solutions than the notch, some Chinese brands keep revisiting the notch to cater to users that are particularly inclined to this design language. The device also has a triple-camera setup at the back inside of a rectangular camera island. The primary camera is a 108 MP shooter, and we assume the other two are ultrawide and depth sensors.

However. the back could belong to the Pro variant since it shows curved edges. Previous leaks suggest that the Vivo S12 Pro will have an AMOLED display with curved edges and an in-display fingerprint scanner. The banner also reveals that the Vivo S12 series will come with the Dimensity 1200 SoC, Game Boost Mode, and a 50 MP dual camera on the front. 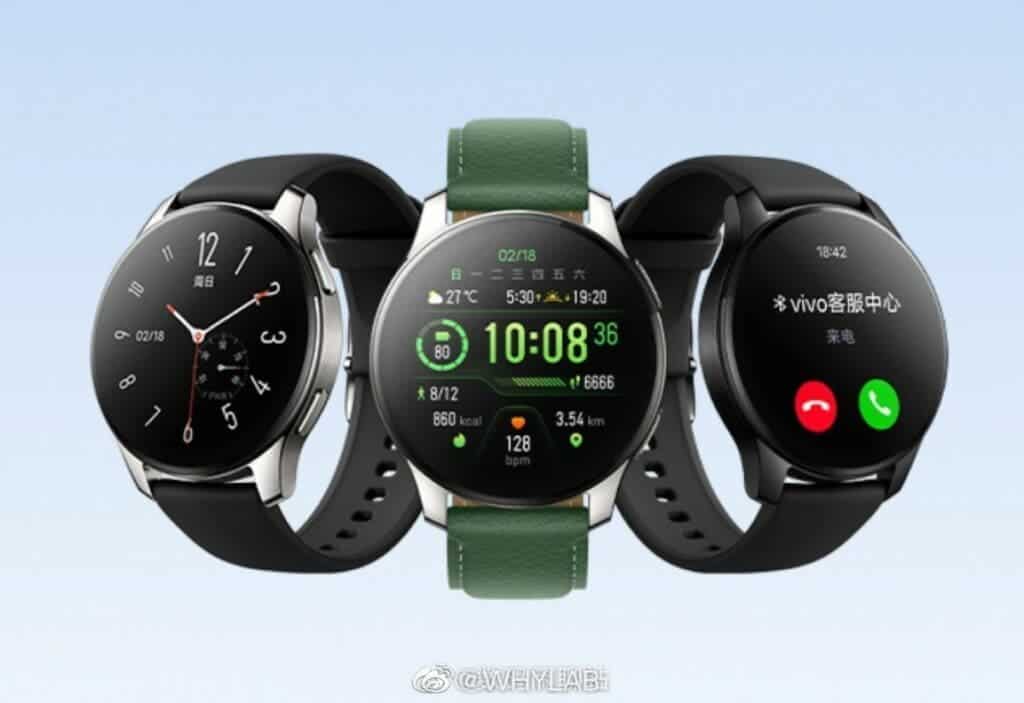 As far as the Vivo Watch 2 is concerned, the company is teasing high battery capabilities and independent communication. It could mean that the wearable is coming with an eSIM which should reduce the need for a smartphone all the time. Vivo does not tell anything else about the Vivo Watch 2, but we already know how it looks thanks to a leaked image. The wearable will have heart-rate monitoring, sleep counter, and GPS.