The Honor Play 30 Plus 5G has a pill-shaped camera module at the rear with two large holes just like the Honor 60 series. However, the camera modules are far from what Honor 60 series has. There is a LED flash to help in dark environments. The main camera is a simple 13 MP module, while the secondary shooter is a 2 MP unit for depth sensing. As previously said, it’s a super simple camera setup, but again, this is an entry-level smartphone. There is also a waterdrop notch at the top that serves as a home for the 5 MP camera.

Under the hood, the handset carries the MediaTek Dimensity 700 SoC. This chipset is very familiar in the low-end 5G segment. It’s based on the 7 nm TSMC’s process and brings two ARM Cortex-A76 cores clocked at up to 2.2 GHz and six ARM Cortex-A55 cores at up to 2 GHz. The GPU is modest with a Mali-G57 MP2. It is paired with up to 8 GB of RAM and has 128 GB of Internal Storage. Of course, you can expand the storage with a good micro SD card. 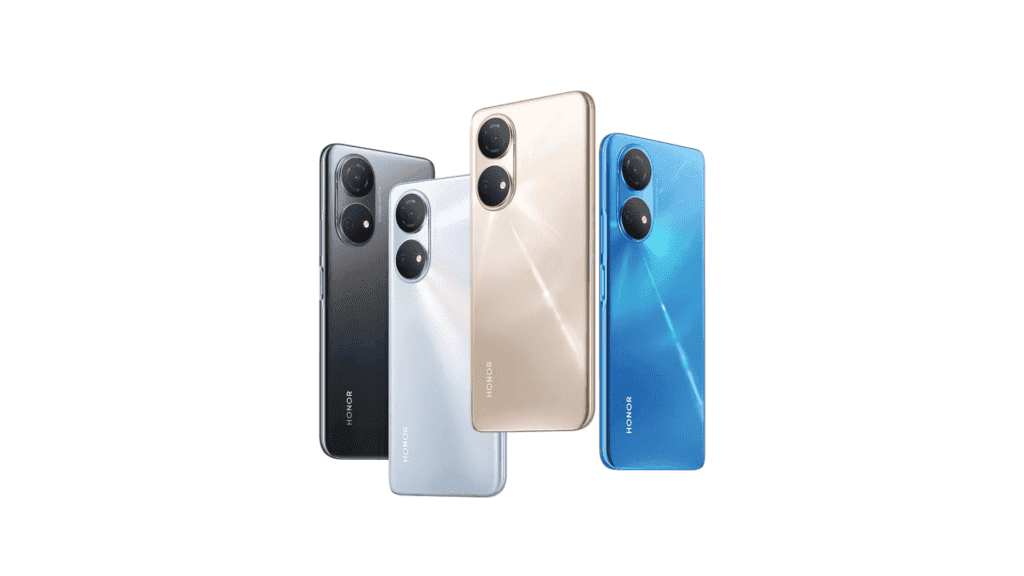 In terms of endurance, the device draws powers from a 5,000 mAh battery with 22.5 W fast-charging support. It runs Android 11 with Magic UI 5.0 running on top. For now, there is no word on global availability, but we can expect it to reach other markets with Google Play Services enabled.

These specs come around a 6.75-inch TFT LCD with an HD+ resolution of 1,600 x 720 pixels. The device has a TUV Rheinland certification and a 90.7 percent screen-to-body ratio. The screen also has a 90 Hz refresh rate. Other specs include a 3.5 mm headphone jack, dual-band Wi-Fi, Bluetooth 5.1, and USB Type C port.