As we’re reaching the last days of 2021, Realme seems to be rushing the thing slightly to make sure that more devices will be close to an Android 12 update in Q1 2022. So far, the company didn’t roll out any stable updates, but the list of devices inside of the Early Access program is growing. Just a few days ago, the band added some of its GT-series smartphones to the Realme UI 3.0 beta testing. But now, things are starting to become more… democratic, as the Realme 8 Pro is joining the program as the first mid-range phone to run Realme UI 3.0.

A couple of days ago, the Realme GT Neo2 joined the Android 12-based Realme UI 3.0. Now, it’s time for the purely mid-range smartphone, the Realme 8 Pro to get some taste of Android 12 and the company’s new custom skin. To make things more interesting, users in India can already enroll themselves in the early access program. They can do so by navigating to their smartphone’s Settings >> Software Update menu, clicking on the Settings icon in the top-right corner, then clicking on Trial Version – Early Access > Apply Now, and submitting the requested details. Worth noting, however, that the seats are limited and not everyone will be picked.

Before you apply for the program, you’ll need to make sure your smartphone is running software with build number RMX3081_11.C.09. Moreover, it’s a good idea to keep at least 60 percent of the battery for the process and more than 10 GB of Internal Storage. A backup is mandatory in case you want to revert back to Android 11. We don’t recommend flagship the build if use the Realme 8 Pro on a daily basis. After all, this initial update can come carried with bugs and issues. Only time and proper testing will be able to detect these bugs and submit them to the development team.

We already know that the Realme UI Team isn’t the fastest in the world, so the early access does not mean an imminent Android 12 update for the Realme 8 Pro. Right now, it only means that Android 12 development is already going on. You can read all details here. 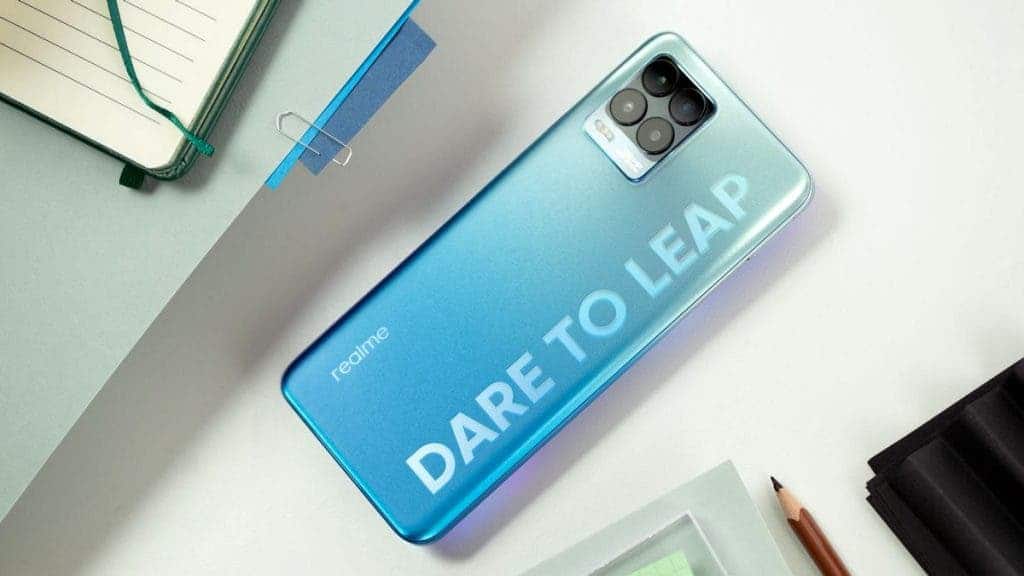 The Realme 8 Pro was a quite controversial smartphone. It launched earlier this year, as the series’ third device in a row to pack the Snapdragon 720G. Picking this chip was a massive mistake from Realme in a time when many companies were launching 5G smartphones, or at least, devices with newer chips. Its direct competitor, the Redmi Note 10 Pro, for example, launched with the Snapdragon 732G which is better than the SD720G. Another weak aspect is the 60 Hz refresh rate. The device brings an AMOLED display but makes it less appealing with a common refresh rate. We’re hoping for better advancements for the Realme 9 Pro, otherwise, the lineup will lose its relevance in the mid-tier segment.

Previous Realme GT Neo3 will use the Dimensity 8000 SoC