Realme is already preparing its wave of flagship devices for 2022. So far, we have been hearing and seeing leaks for the upcoming Realme GT 2 Pro. The device will pack the Qualcomm Snapdragon 8 Gen 1 and has a unique camera shape that resembles the Nexus 6P made by Huawei. We also expect a Realme GT 2 to join its Pro sibling, and a Realme GT Neo3 to keep up the lineup. Today, the first report citing the GT Neo3 has emerged from the very reputed Digital Chat Station. According to the renowned leakster, the Realme GT Neo3 will extract its powers from an unannounced MediaTek Dimensity 8000 SoC.

Earlier today, we saw a report stating that a Redmi phone will come with a Dimensity 8000 SoC. Now, the Realme GT Neo3 is the next line for this platform. While MediaTek didn’t make any statement about this chipset, we can assume that it will sit between the Dimensity 7000 and the Dimensity 9000 SoC. The latter is a true flagship chipset with ARM Cortex-X2 cores, 4 nm manufacturing process, and more. The Dimensity 8000 may be slightly below this premium flagship platform, but we still expect it to be far superior to the Dimensity 1200 that launched with the first Realme GT Neo. 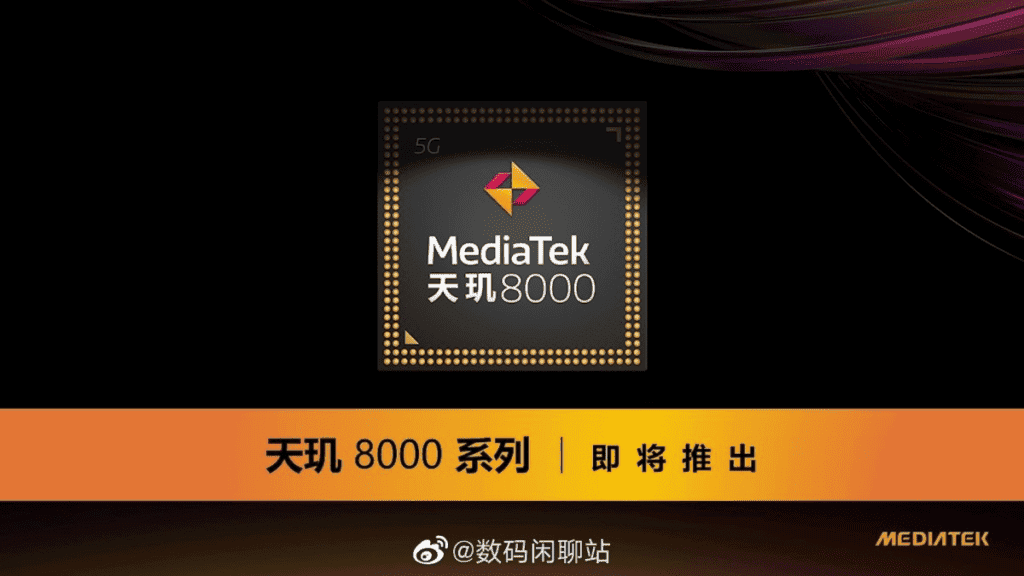 Details for the Dimensity 8000 SoC are still unclear, but as per details, it will use TSMC’s 5nm manufacturing process, instead of the 4 nm. Furthermore, it will skip the new ARMv9 designs such as the Cortex A710 and A510. Instead, it will bring 4 x ARM Cortex A78 cores clocked at up to 2.75 GHz, and four ARM Cortex-A55 cores clocked at up to 2.0 GHz. It will still bring a modern Mali G510 MC6 GPU, which is twice as fast and 22 percent more efficient than its predecessor. The chipset is said to be capable of Full HD+ resolution at up to 168 Hz refresh rate, and QHD+ at 120 Hz refresh rate. It will support LPDDR5 memory and UFS 3.1 storage.

Read Also:  Top 7 smartphones to be released in February 2022

The Realme GT Neo3 should be very similar to the Redmi K50 in terms of specifications. This is not a big surprise as these devices are fighting for the same market category. The Redmi K50 Pro or Pro Plus should also be direct competitors for the Realme GT 2 Pro. Worth noting, however, that we don’t expect the GT Neo3 to come soon. We’re expecting a launch for late Q1 2022. After all, the Realme GT Neo2 still feels like a relatively new smartphone. It was launched in late September in China, October in India, and only reached Europe in the last month. Of course, considering the Chinese launch date, it wouldn’t feel too soon for a GT Neo3 in China.