The Samsung Galaxy Tab A Kids tablet has been launched with an impressive array of kids-oriented features and top-end specs. The South Korean tech giant has launched a kid-friendly version of its Galaxy Tab A7 Lite tablet dubbed, the Galaxy Tab A Kids in Russia. This is a clever move, considering that tablets have garnered skyrocketing popularity among children in recent times. With a dedicated tablet for kids, Samsung will be aiming to tighten its grip on the growing market.

Moreover, Samsung has teamed up with a children’s brand called Smeshariki in a bid to bring the Samsung Galaxy Tab A Kids into the Russian market. The tablet will be teeming with preloaded content including entertainment apps from the company’s partner brands including LEGO. Aside from that, the tablet will come with more than 20 educational applications. Furthermore, the tablet will have a special interface featuring a digital assistant named Marusia. This digital assistant will keep kids entertained with games, music, and stories. To tablet comes with an eye-catching bright-colored protective cover and stand.

According to a post on Samsung Newsroom, the Galaxy Tab A Kids will carry a launch price of RUB 14,990 (about INR 15,500). You can head to Samsung’s official online store to get your hands on the tablet. Alternatively, you can purchase it from retail stores across the country. Regrettably, details about the Samsung Galaxy Tab A Kids tablet’s India launch date, price, and availability are scarce at the moment.

The Samsung Galaxy Tab A Kids will sport a kids-oriented interface. Moreover, it will offer parental controls to help parents to limit access and configure the type of content available for kids. Also, the tablet has a shock-resistant case to protect the device from accidental falls. Aside from that, the tablet will be drawing its juices from a 5,100mAh battery that will reportedly last about 24 hours of active use. Upfront, the tablet has an 8.7-inch TFT touchscreen with minimal bezels. The screen delivers a resolution of 340×800 pixels. 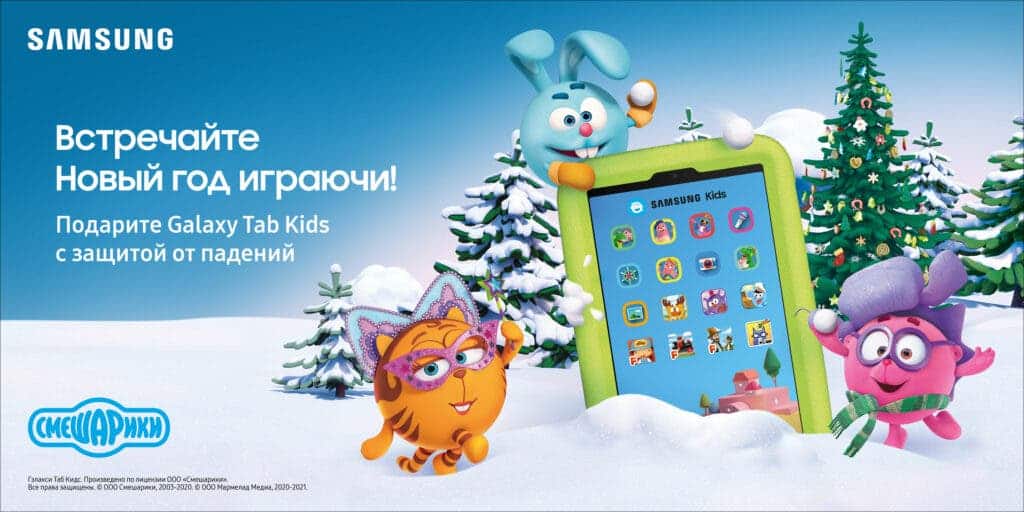 Under the hood, the tablet packs a 2.3GHz octa-core chipset. This could be the same MediaTek Helio P22T SoC that is available on the Galaxy Tab A7 Lite. In the photography department, the tablet will house an 8MP main camera with autofocus. This primary camera can record full-HD videos at 30fps (frames per second). Upfront, the phone has a 2MP shooter for video calling. The Galaxy Tab A Kids is a Wi-Fi-only tablet, but it comes with Bluetooth v5.0 connectivity support. It has 3GB of RAM and 32GB of expandable (up to 1TB ) onboard storage capacity.