Earlier in the last week, Samsung rolled out the “stable” version of One UI 4 for its latest foldable handsets – Galaxy Z Fold3 and Z Flip3. However, the update was not exactly “stable” as several bugs have been experienced by those that flashed the update. Some users even got their devices bricker or stuck in the recovery screen. These critical issues also came accompanied by usability problems like huge battery drain, unresponsive apps, and more. As a result, Samsung decided to halt the update to fix these issues. Now, the company seems to have addressed all the bugs and is pushing a new update, hopefully, this time it is truly worthy of the “stable” title.

The update that brings One UI 4 is rolling in South Korea. It comes with a BUL4 build number and comes to iron out all remaining issues from previous releases. Unfortunately, there is no way for South Korean customers to predict if this update is really stable or still has bugs. Once again, the customers in the country are serving as soak testers for the build. Until the moment, Samsung didn’t release any “stable build” for the International customers. The company will check the feedback from South Korea, and only after a few weeks will bring this update to overseas markets. 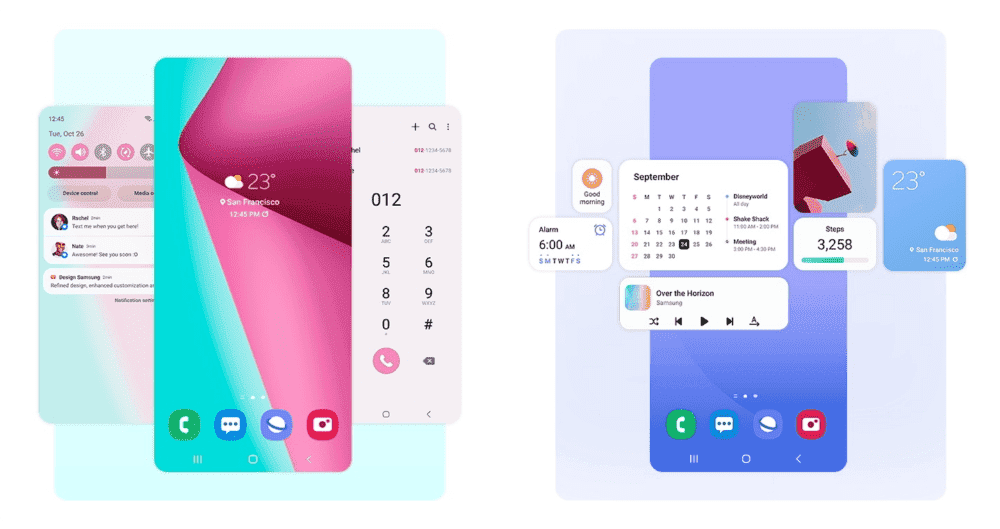 Since there’s no way to predict what will happen, it’s important to back up your files before proceeding with the update. If anything goes wrong, you can revert back and your files will be safely stored in your backup.

The Galaxy Z Fold3 and Z Flip3 state with the One UI 4 update only servers to advert users how these early access programs can be problematic if you need your device on a daily basis. Also, due to their high cost, it’s even more shocking for a user when your $1000+ turns into a brick. Thankfully, Samsung urged its developers to quickly work on a fix for this build. We’ll have to wait and see if all the issues will be addressed and users won’t have more surprises.

The Galaxy Z Fold3 and Z Flip3 came with One UI 3.1.1 and many improvements for multi-tasking. Samsung wants to improve the experience in these devices, especially in the larger Z Fold3 even further. One UI 4 brings all the Android 12 features as well as some exclusive features crafted by the Korean company.