Today is the “winter solstice” in the twenty-four solar terms. It is also the day with the shortest day and the longest night in the northern hemisphere of the year. This morning, Huawei brought the latest warm-up information of the Huawei P50 Pocket. The latest teaser reveals the side view of this foldable smartphone. The accompanying text with the teaser reads “Today’s winter solstice, let the exploration be longer than the shadow”. The official poster shows that the Huawei P50 Pocket has an inwardly folded design. This device also has a mirrored bright silver metal frame and a white back cover with a three-dimensional diamond pattern. Huawei will hold a new product launch conference at 15:30 on December 23 and officially release the Huawei P50 Pocket foldable smartphone. 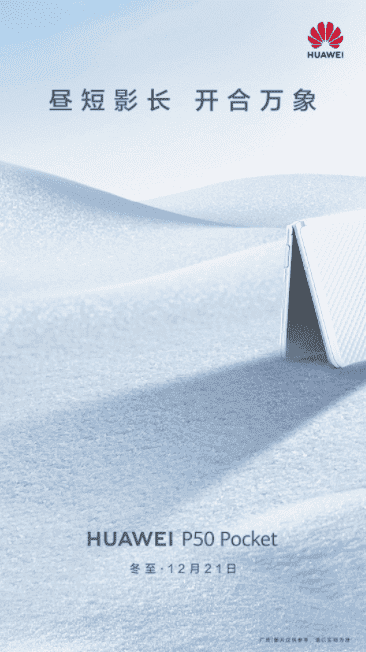 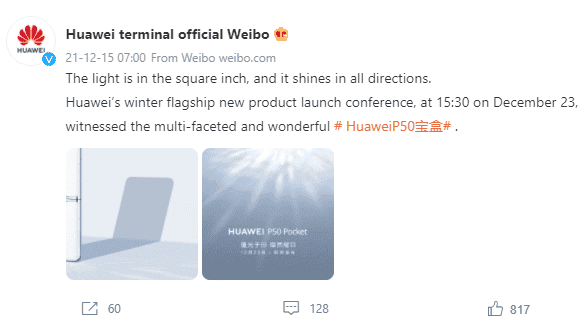 The design of this smartphone seems to target the female market. The design of the back shell of the fuselage is very special. It is covered with small bumps, like a combination of pearls, reflecting a very dazzling light. No doubt, the design of the back shell appears to be feminine. When the screen is closed, the Huawei P50 Pocket will be very compact and portable. Girls can also easily fit it in their pockets. After unfolding, they can get a screen ratio similar to that of a regular mobile phone. This makes the user experience very friendly for females. 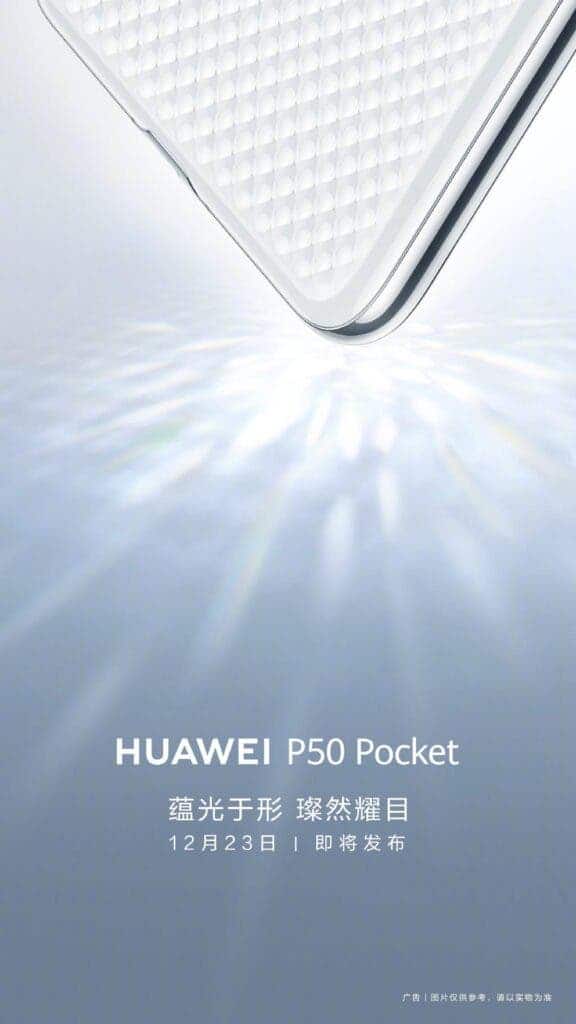 Today, Huawei P50 Pocket accepts appointments on JD.com. One of the biggest highlights of this phone is its industrial design. Hua Hegang said that Huawei has always insisted on innovation in product design. He further said, “we will bring subversive innovative designs to push the technological aesthetics of Huawei mobile phones to a whole new level”. 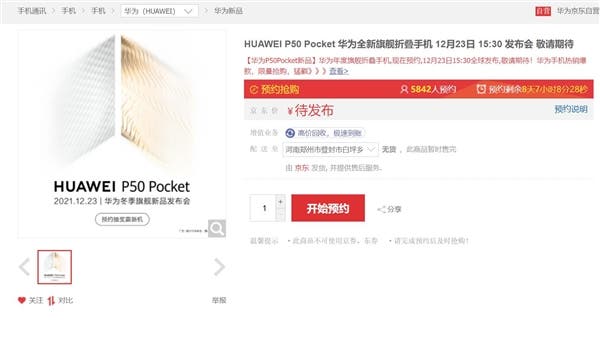 Huawei P50 Pocket is a foldable smartphone in the Huawei P series. In addition to the up and down folding design, this device continues the classic design of the Huawei P50 series. It appears that this device will have a ring-shaped secondary screen on its rear. In summary, the industrial design of this foldable smartphone is completely different from previous Huawei models. We will have to wait until December 23 to get more official information on this smartphone.

Previous Lei Jun: Xiaomi 12 and MIUI 13 is Xiaomi's answer to everyone

Next See how much Xiaomi 12 power consumption, CPU, & GPU have improved