The Nokia 2760 Flip 4G feature phone’s key specifications and design have been revealed via a Tracfone listing before launch. Vital shreds of information about Nokia’s upcoming feature phone dubbed the Nokia 2760 Flip 4G have been leaked. The phone has made an appearance on Tracfone. As expected, the listing sheds light on the phone’s specifications. Aside from that, it gives us a glimpse of the 4G phone’s outwards appearance as well.

This will be HMD Global’s sixth KaiOS based flip phone. Moreover, the Nokia 2760 Flip 4G has appeared carrying model number TA-1398. Earlier leaks indicated that the phone will go official with the Nokia N139DL Flip moniker. Aside from that, Nokia Power User had discovered the FCC (Federal Communications Commission) listing of the feature phone not too long ago. To recall, the company has been relaunching several phones from the past with newfangled designs. For instance, it launched the Nokia 6310 earlier this year. 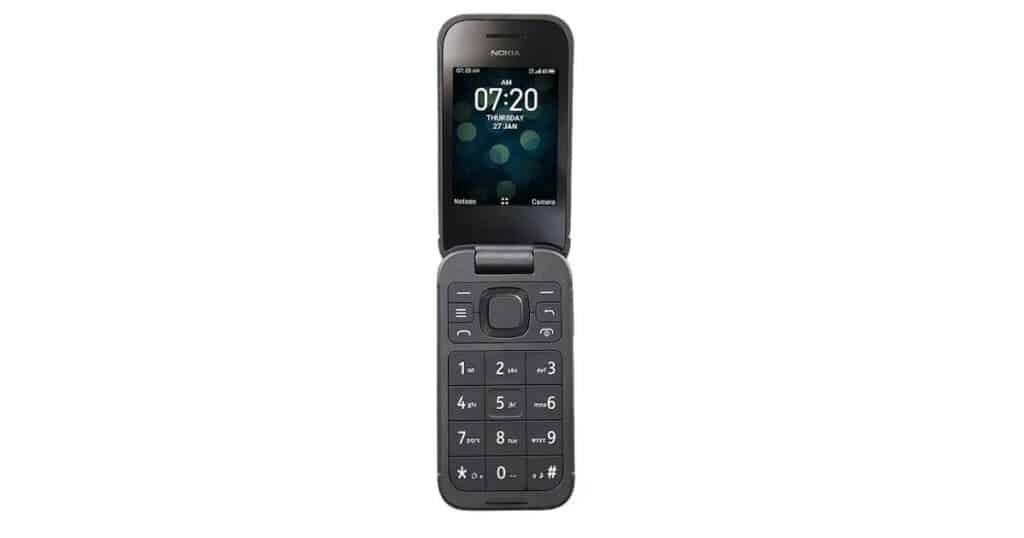 Moreover, the Nokia 2760 Flip 4G will be drawing its juices from a 1,450mAh battery. This robust cell reportedly delivers up to 6.8 hours of talk time and up to 13.7 hours of standby time. In the photography department, the new Nokia phone will house a 5MP camera. Aside from that, the phone will support storage expansion of up to 32GB through a microSD card. Regrettably, details about the phone’s RAM and onboard storage capacity are still scarce.

Furthermore, the Nokia 2760 Flip 4G offers a host of connectivity options such as Bluetooth, Wi-Fi, and 4G. Moreover, it supports multimedia messaging and GPS. Also, the phone gets a color display and a hands-free speaker. The phone runs KaiOS 3.0. Other notable features include email client support, T4/M4 HAC (Hearing Air Compatible) rating, and a built-in MP3 player.

As mentioned, the Nokia 2760 Flip 4G is the sixth phone from HMD Global-led Nokia. The brand has already unveiled the Nokia 8110, Nokia 8000, Nokia 800 Tough, Nokia 2720 Flip, and the Nokia 6300 phone. More details about the upcoming Nokia feature phone could be revealed in the coming days.

Next Vivo Watch 2 Design Officially Revealed Before Launch in China