A few months ago, Carl Pei’s Nothing acquired a myriad of patents from Essential, the company behind the Essential Phone. Essential emerged a few years ago making a lot of bold promises but failed to keep up with the competition. The company also got bad marketing due to certain issues involving its founder and Android creator Andy Rubin. Essential lost its relevance and feel in limbo. However, it seems that the original team behind the first Essential Phone didn’t give up on the smartphone market and is working on a new product. The new device comes in the form of Osom OV1 and is a privacy-focused smartphone.

A report from AndroidPolice emerged today revealing some tidbits about the new smartphone. It also shows a render of the handset back along with some of its key software and privacy features. 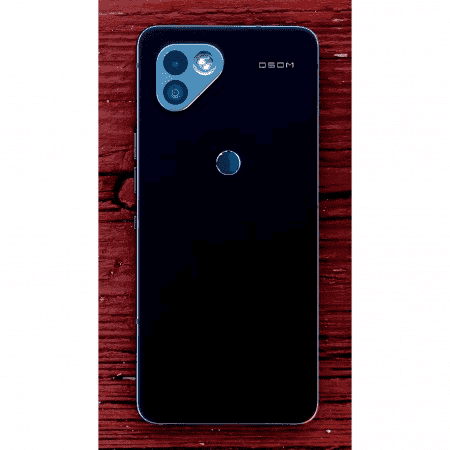 Osom products are based out of Quebec, Canada, and were founded by Jason Keats last year. The core team is based on people that developed the Essential PH-1 minus Andy Rubin. Asom’s big focus however will be user privacy and more importantly offering detailed reports on what info is being accessed. The goal is to offer real-time reports of what apps are accessing your smartphone. Keats mentions that the device will be “100-fold more powerful” at letting users know what information is being accessed at all times than competing Android smartphones.

Osom OV1 is not a sequel to the Essential Phone

When it comes to the smartphone, the Osom OV1 or Vault 1 will pack a dual-camera setup. There is also a back-mounted fingerprint scanner. It runs with an unspecified Qualcomm chipset. So it’s impossible to say if it’s a 4G or 5G smartphone, neither is possible to determine how performance will be. the device will run a near-stock Android UI and we’ll get more details about it during the Mobile World Congress 2022 that happens in February. According to Jason Keats, the OV1 is not a sequel to the Essential PH-1. Also, this isn’t a crazy smartphone running on a proprietary OS, it comes with Google Mobile Services. That ironically makes it more attractive than Huawei smartphones are for global customers nowadays.

According to the report, the OV1 is in the development stage and the render comes from a working prototype. So, we may not be looking for the product that will reach the shelves. The goal for the company is to have the phone ready by Summer 2022.

Previous Realme 9 Pro+ will have 65W charging, Realme 9i has a 5000mAh battery

Next Xiaomi 12: Only two flagships will come on Dec 28; Design has been teased