Xiaomi decided to launch a new teaser confirming that we’ll only see two flagships in the event. The company also shared an image that shows the smartphones’ displays in all their glory. Apparently, both devices will have curved screens on the side. This also serves to smash the previous rumors pointing to a curved display from all four sides. The devices in question are the Xiaomi 12 and the Xiaomi 12 Pro.

Both the Xiaomi 12 and 12 Pro will pack a Qualcomm Snapdragon 8 Gen 1 processor. The 12 Pro passed through the Geekbench benchmark earlier today with this platform in tow. For starters, the Snapdragon 8 Gen 1 brings an ARMv9 architecture and is made on a 4 nm process. It boasts 1 x ARM Cortex-X2 core clocked at up to 3 GHz, 3 x ARM Cortex-A710 cores clocked at up to 2.5 GHz, and four ARM Cortex-A510 cores clocked at up to 1.8 GHz. The processor also brings the Adreno 730 GPU which is Qualcomm’s fastest-ever GPU and also is this chips’ main advantage against MediaTek’s Dimensity 9000. The vanilla 12 also went through the Geekbench test, the results are about 8 to 10 percent better than a Snapdragon 888+ smartphone. 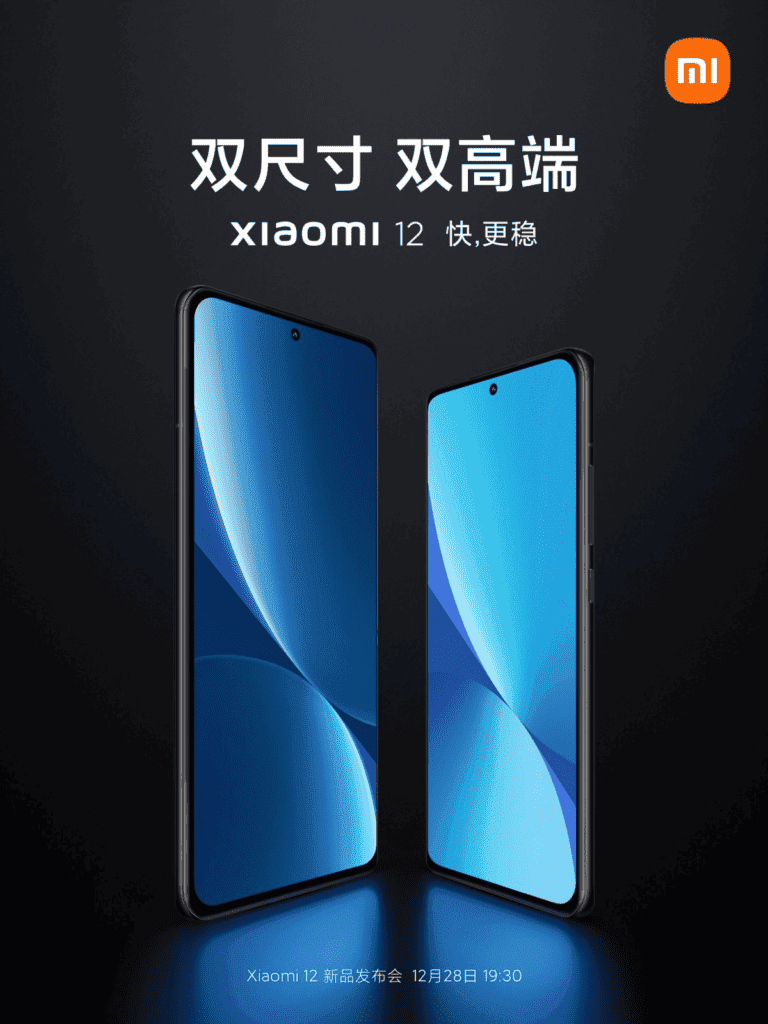 In a separate Weibo blog post, some of the performance highlights were shared to show how the Xiaomi 12 and 12 Pro are interesting devices. The hype for the new Qualcomm platform seems to be big in Xiaomi’s headquarters. However, the real-life results will be shown by the customers that get their hands on the first smartphones.