Xiaomi’s unveiled its Redmi Note 11 series a few months back in China. However, these devices will reach other markets with different names. The Redmi Note 11 Pro+, for example, will reach India soon as Xiaomi 11 Hypercharge. That certainly is a mouthful name, something that we don’t see often with Xiaomi smartphones. This name comes to further push the device’s impressive 120 W fast-charging capabilities. According to Xiaomi, the handset can fully charge its battery within 15 minutes through this insanely fast-charging system. According to a recent report, the handset will launch in India on January 6.

Xiaomi will unveil its Xiaomi 11i Hypercharge in India on January 6. The smartphone will pack 120W of fast charging and it’s the big feature behind this fancy name. The company shared a teaser but didn’t confirm the battery capacity. However, thanks to the Redmi Note 11 Pro+ existence and availability in China, we know exactly what we can expect. The device will likely pack a 4,500 mAh battery under the hood. It’s not the 5,000 mAh found on other Redmi Note smartphones, but with these fast-charging capabilities, you’ll probably have any issues with this capacity. With just 15 minutes you’ll get an entire day of usage. The device will be available for purchase via Flipkart.

Other specs of the handset will remain the same as the Redmi Note 11 Pro+. The device will flaunt a large 6.67-inch AMOLED display with a Full HD+ resolution. It also offers support for up to a 120 Hz refresh rate and has a punch-hole cutout at the top center. Under the hood, the smartphone has a MediaTek Dimensity 920 SoC with up to 8 GB of RAM. The device will launch in Camo Green and Stealth Black colorways. 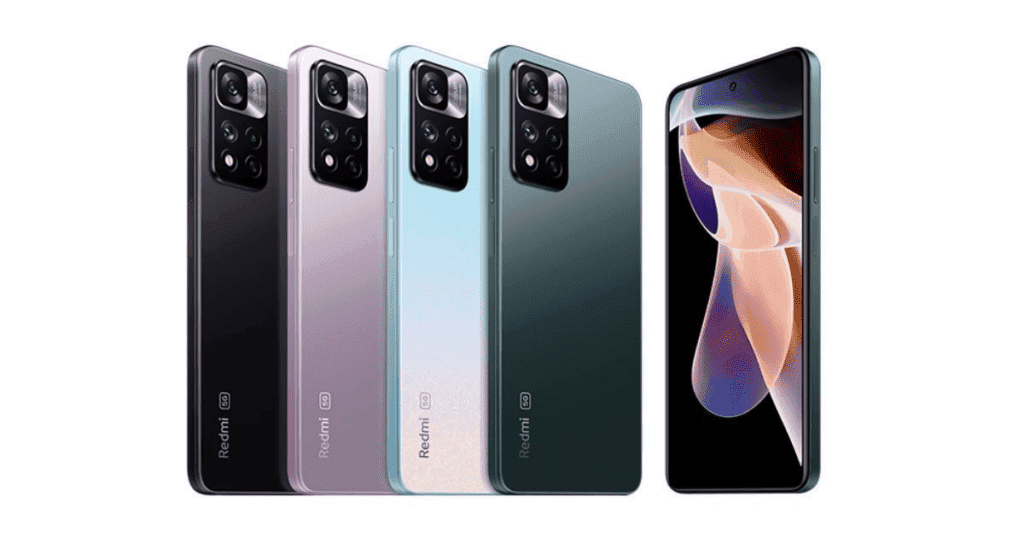 Xiaomi 11i Hypercharge will run Android 11-based MIUI 12.5 straight out of the box. That may be a problem for certain users, after all, by its release the Xiaomi 12 series with MIUI 13 and Android 12 will already be there stealing the headlines. Anyway, the device certainly is eligible for this update. Moving on, the handset has a 108 MP primary camera sensor, an 8 MP ultrawide camera, and a 2 MP telemacro camera.

For selfies and video calls, the phone has a 16 MP front camera. Other specifications include a 3.5 mm audio jack, a side-mounted fingerprint scanner, Dolby Atmos support, Stereo Speakers, and more.