According to expectations, the Snapdragon 8 Gen 1 will be pretty hot. And you willingly believe this, taking into account how the Snapdragon 888 was and the frequency that was “twisted” in the new chip. And this means that an additional load in the form of extra degrees will be in the filling of the Xiaomi 12. The company intends to help electronic components survive the heat. 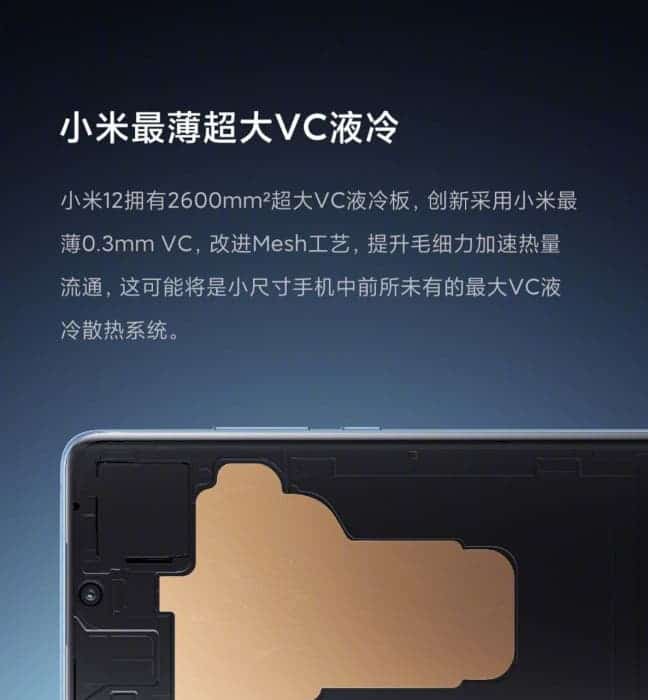 Xiaomi’s product manager today announced on his Weibo page that the Xiaomi 12 will offer a powerful and efficient cooling system. The company promises that the smartphone has received a system with a “three-layer motherboard” to achieve the desired effect with cooling. The area on which the heat is removed is 2600 mm².

And so that users can appreciate the scale of the solution, they published a mock-up of a smartphone with the coverage area of ​​the cooling system in real scale. It looks like the Snapdragon 8 Gen 1 is really hot and the company had to offer a large surface area to cool it. 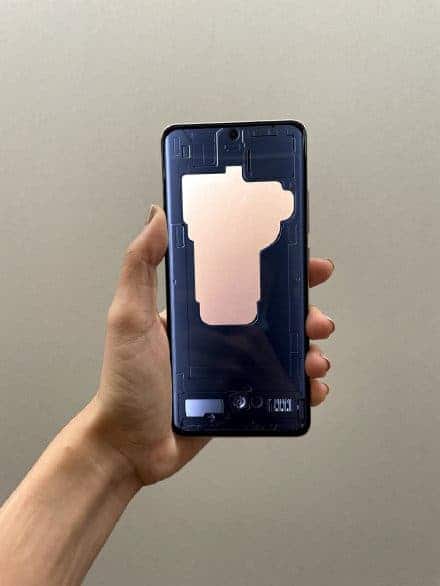 Whether there will be any sense from all these attempts; we will find out from the results of tests of serial samples of Xiaomi 12 next year. There are skeptics who are confident that the Android flagships of 2022 will be prone to overheating. 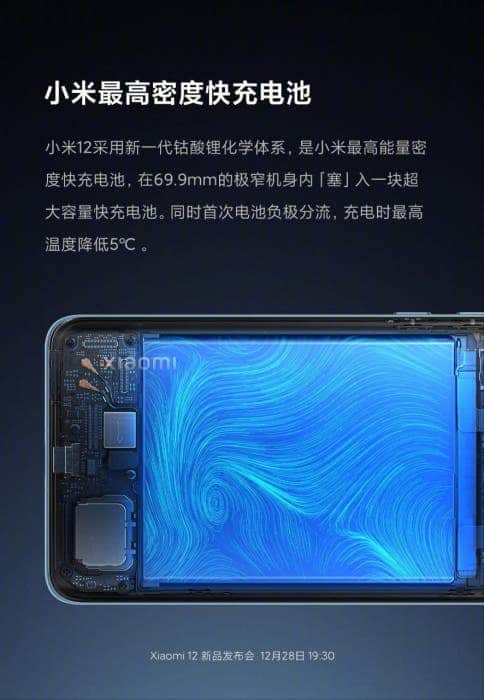 Yesterday, the Chinese company Xiaomi has released a teaser; announcing that the flagship smartphones of the Xiaomi 12 family will debut three days before the New Year – December 28.

We expect that the series will initially include at least three models; the basic version of the Xiaomi 12, the more powerful variant 12 Pro and the 12X. The first two smartphones will come with the latest Qualcomm Snapdragon 8 Gen 1 processor. The third variant can get the Snapdragon 870 chip. Of course, all devices will be able to operate in 5G networks.

Smartphones have a Full HD + display and a triple rear camera. The front camera will be located in a small hole in the center at the top of the screen.

In the first quarter of the coming year, the Xiaomi 12 Ultra variant may join the listed devices. All smartphones will ship with Android 12, augmented by the MIUI 13 custom shell.

According to reports, the Xiaomi 12 and 12X models will have a 66W fast-charge battery. For the Xiaomi 12 Pro version, support for 120-watt charging is provided.

Next Xiaomi 11i Hypercharge will launch in India on January 6