Realme is gearing up to introduce its Realme GT 2 series flagship smartphones in just two weeks. However, the company is also busy with other devices like those under the Realme 9 series. The company will launch the Realme 9, Realme 9 Pro, Pro+, and the Realme 9i. The Realme 9i, over the past few weeks, has received NBTC certification, FCC certifications. A couple of renders emerged giving us a good glimpse of the device a few days back. Now, the device has been listed by AliExpress in China ahead of the official announcement.

Realme 9i appears on AliExpress with key specifications

According to the listing, the Realme 9i sports a 6.59-inch LCD screen with Full HD+ resolution, from the previous leak, we know it will be a 90 Hz refresh rate. The listing also confirms a 50 MP main camera as well as a 16 MP selfie snapper. There will be a punch-hole camera cutout at the top left corner of the screen.

Moreover, the device is expected to boast a 5,000 mAh battery with a 33 W fast charging. This certainly isn’t the fastest standard offered by Realme but is still great to see that the cheaper Realme 9i is leaving the 18W mark to something much faster. Under the hood, the device will carry a Qualcomm Snapdragon processor. As per previous rumors, this might be the Qualcomm Snapdragon 680 chip which is based on a 6 nm process but is only 4G capable. The base version has 4 GB of RAM with 128 GB of Internal Storage. We also suspect there might be a variant with 6 GB of RAM and the same 128 GB of Internal Storage. In terms of colorways, the Realme 9i will be available in Blue and Black color options. 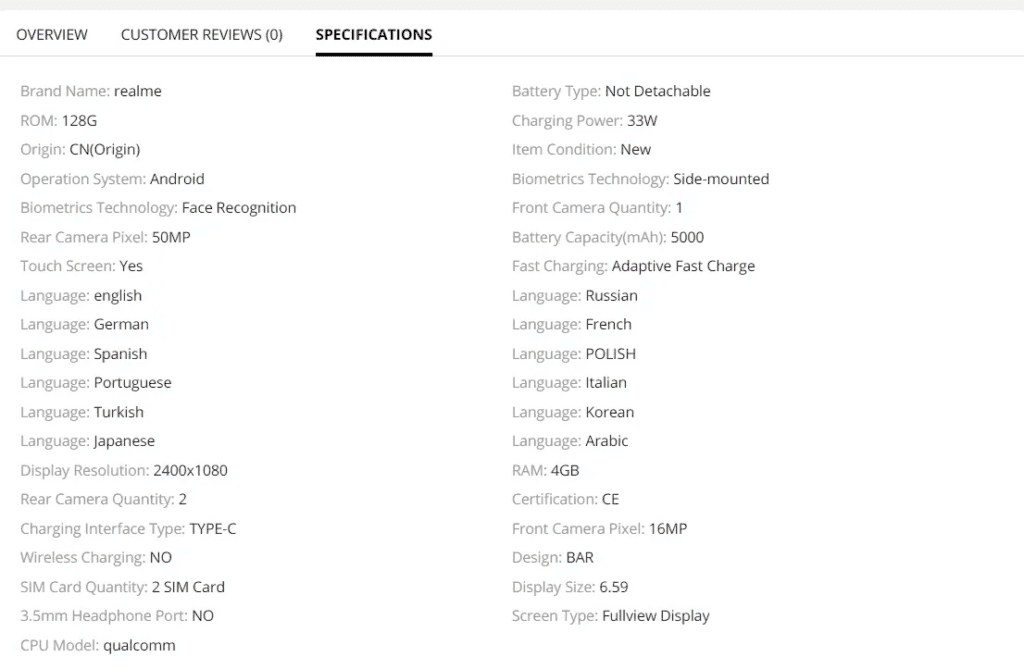 The handset has a side-mounted fingerprint scanner, a USB Type-C port, a 3.5 mm headphone jack, dual SIM support. Lastly, the device has Android 11 straight out of the box with Realme UI 2.0 on top. The phone will launch in the market sometime in January 2022.

As per the rumors, the Realme 9 series will bring the vanilla, the “i” variant, the 9 Pro, and a brand new Realme 9 Pro Plus. The latter may come as a cost-flagship carrying a more capable chipset such as the Snapdragon 870. Of course, this is mere speculation at this point. The Realme 9i is rumored to launch a bit earlier than its siblings.

Next Motorola Is Working on a New Moto Razr Foldable, to Our Surprise