It looks like Oppo will be unveiling its new flagships soon. At least, insiders have recently perked up and started posting leaks about the future Oppo Find X5 and Find X5 Pro. The famous network insider Steve Hemmerstofer, hiding under the nickname @OnLeaks, also distinguished himself, who posted the renderings of the Oppo Find X5 Pro to the network.

Find out how the Oppo Find X5 Pro will look like 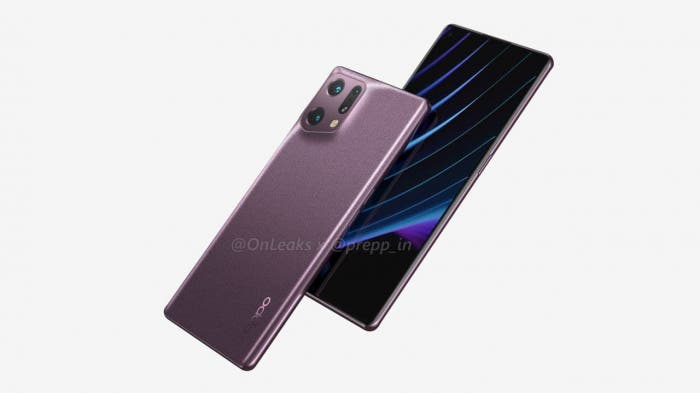 If with the design of the front surface everything is typical and without openings, then on the back, there is something to see. The main focus is on the main camera of an atypical shape. Despite the fact that the continuity with the Oppo Find X3 with a smoothly protruding main camera unit is visible, the company decided to diversify the look a bit by moving away from straight lines. At least the bottom of the pad with wavy image sensors. 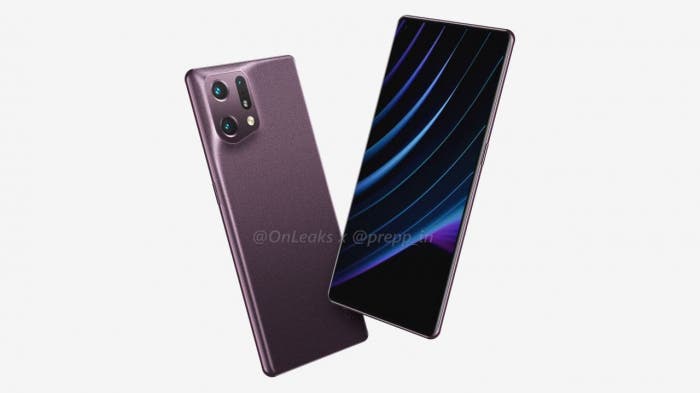 Speaking about the specs of the Oppo Find X5 Pro, netizens reported that it will offer a 6.78-inch AMOLED display with FullHD + resolution, a Snapdragon 8 Gen 1 chipset, a 5000 mAh battery, a 32-megapixel selfie module and a triple rear camera. 50 Mp + 50 Mp + 13 Mp. The company will also release the base Oppo Find X5, which should be based on the Dimensity 9000 processor. 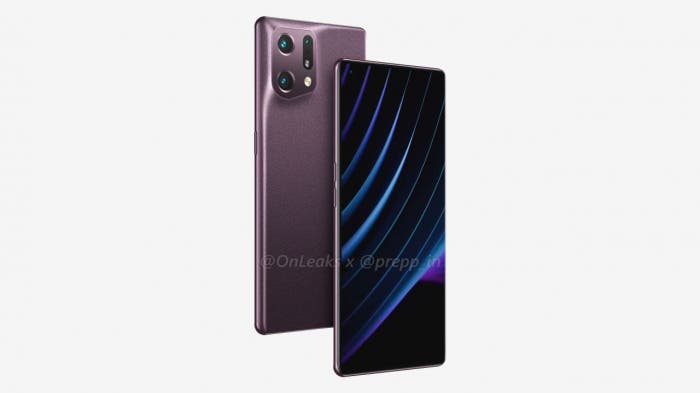 Recently, at INNO DAY 2021, Oppo officially unveiled its first neural processor, the MariSilicon X. The 6nm chip features a tiered memory architecture and boasts an advanced imaging engine. The MariSilicon X is capable of handling 4K night video footage. The new chip will debut in the first quarter of 2022 in the Find X series smartphones.

The MariSilicon X neural processor is capable of processing 18 Trillion Operations Per Second (TOPS). In comparison, the neural module of the Apple A15 Bionic platform; which the iPhone 13 is based on, is capable of delivering 15.8 TOPS. So, the new Oppo will clearly provide a very high level of performance when working with artificial intelligence algorithms. At the same time, MariSilicon X demonstrates a high energy efficiency of 11.6 TOPS / Watt.

The smartphone is equipped with an innovative memory subsystem, which, according to Oppo, allows the chip to make full use of its processing power without limiting the amount of memory. MariSilicon X has a dedicated memory module with a bandwidth of up to 8.5 GB / s.

When it comes to imaging; the MariSilicon X delivers up to 20x the performance of the current flagship Oppo Find X3 Pro. The new chip allows you to shoot 4K video at night, using the power of artificial intelligence and improving every frame in real time. In addition, the powerful image processor can capture images with a 20-bit dynamic range of 120dB, four times that of the Find X3 Pro. This achieves a contrast ratio of 1,000,000: 1. MariSilicon X is able to apply all of these capabilities to RAW images at the pixel level.

Next Download MIUI 13 and Xiaomi 12 wallpapers in high quality