Realme has built a solid tradition of launching two generations of its number series every year. However, 2021 has been an exception with just the Realme 8 series reaching the shelves. We can say that this has something to do with the semiconductor industry crisis. The devices left users with a bad taste in their mouths. After all, the long-anticipated Realme 8 Pro sacrificed basically everything in favor of a 108 MP camera and AMOLED. Despite the camera, the device had a 60 Hz display and Snapdragon 720G, which was also found in the Realme 6 Pro and 7 Pro smartphones. As a result, there are big expectations for a Realme 9 series that brings decent upgrades. 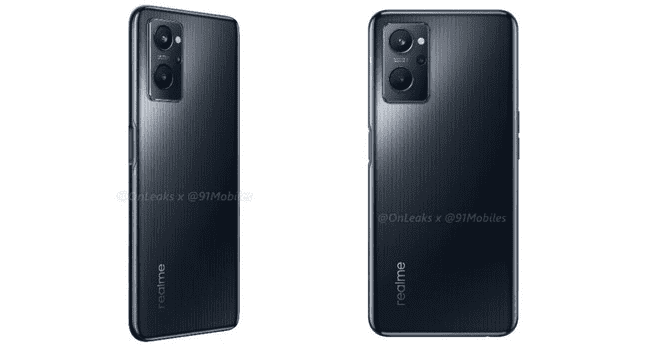 The Realme 9i with model number RMX3491 has now been certified by China Quality Certification and Indonesia Telecom. CQC certification reveals that the upcoming Realme 9i will come with a 4,880 mAh battery unit and 33 W fast-charging. It’s a nice upgrade to see 33 W charging, as previous cost-effective Realme smartphones had come with just 18 W charging. The company seems to be ready to offer 33 W to the low-end segment. The Realme 9 Pro Plus is there with model number RMX3393. Even the Realme Narzo 50 was listed with RMX3286.

The Realme 9i passed by multiple certification websites in the past. We can cite NBTC, TUV Rheinland and FCC. The device even appeared on AliExpress. Therefore, we can pretty much say that its launch is imminent. The mid-range smartphone will come with a 4G-only Snapdragon 680 SoC and will have 4 GB of RAM with Android 11 and Realme UI 2.0. The outdated version of Android is the more lackluster spec here.

The handset will flaunt a 6.59-inch Full HD+ LCD screen with a 90 Hz refresh rate and punch-hole cutout. The device has a triple-rear camera setup with an LED flash. It will include a 50 MP primary sensor. The device passed through FCC revealing the measurement of the handset and it will be 162.5 × 74mm. The listing also confirms the device with dual-band WiFi.

Realme 9 Pro will offer a balance between price and features