The Xiaomi 11i series will comprise some of the first smartphones to pack the MediaTek Dimensity 920 chipset in India. The Chinese smartphone manufacturer will be kicking off the new year with a bang by unveiling its much-awaited Mi 10i successor, dubbed the Xiaomi 11i. The most notable features of the Mi 10i included a 108MP camera and 5G support. However, the Xiaomi 11i is likely to undergo some radical overhauls, if teasers are anything to go by.

Xiaomi 11i To Feature MediaTek Dimensity 920

Before the teasers went live on Wednesday, December 29, Chief Business Officer, Xiaomi India, Raghu Reddy confirmed to MySmartPrice the key detail about the processor that will be powering up the smartphone. According to Reddy, the Xiaomi 11i will be the first or one of the first handsets to come with the Dimensity 920 SoC. Likewise, Xiaomi Global Vice President Manu Kumar Jain took to Twitter recently to confirm that the Xiaomi 11i HyperCharge will pack the 5G-ready MediaTek Dimensity 920 SoC. Aside from that, a dedicated microsite for the Xiaomi 11i HyperCharge mentions the processor

Jain teased the Xiaomi 11i HyperCharge phone’s color options and display specs earlier this month. MediaTek unveiled the Dimensity 920 in August. The chipset has been powering up several Chinese devices. However, the Mi 11i will be the first smartphone in India to feature the 5G chip. Regrettably, Reddy did not divulge other key details about the phone’s charging capabilities and other features. However, the Managing Director, MediaTek India, Anku Jain shed more light on what the Dimensity 920 will be offering.

The mid-range Dimensity 920 SoC will launch in the first half of 2022. As expected, it boasts an impressive array of upgrades over its predecessor, the Dimensity 800 series. For instance, it uses the 6nm manufacturing process to deliver 15 percent improved performance and power efficiency. Aside from that, the Dimensity 920 chip will debut the adaptive refresh-rate displays. It will also include native HDR imaging that comes with a 4K Video Capture Hardware engine. 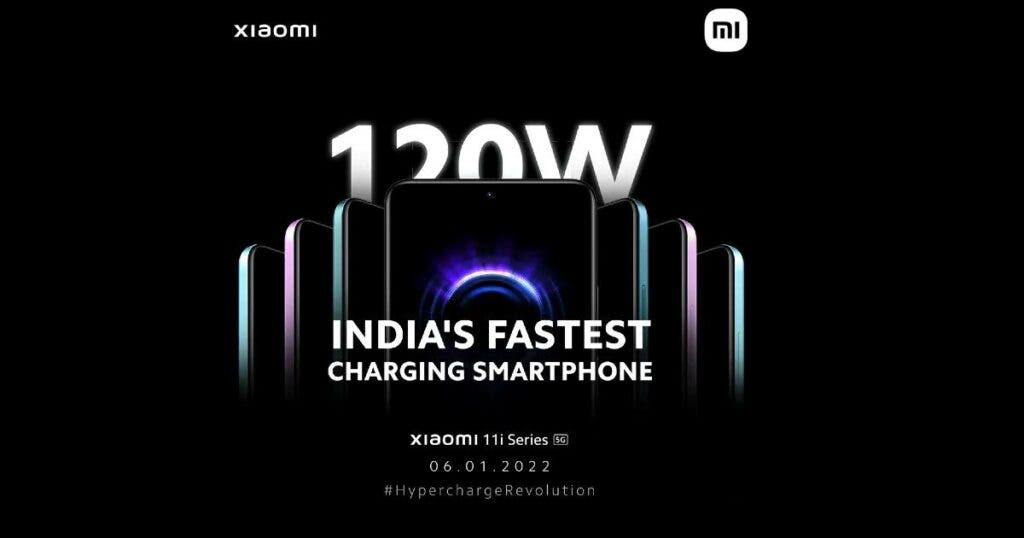 Dimensity 920 SoC-powered devices will be able to house up to 108MP sensors. Moreover, these devices will be capable of offering components like 120Hz displays, LPDDR5 RAM, and UFS 3.1 storage. In terms of performance, the Dimensity 920 has high-performance Cortex-A78 cores that clock at 2.5GHz. In addition to that, it features Cortex-A55 cores that clock at 2GHz. These energy-efficient cores are placed in a 4+4 setup.

The clock speeds have been capped much lesser than what they are originally capable of. This is probably done to ensure that the thermals don’t go out of control. Moreover, it features a highly competent 4-core ARM Mali G68 MP4 GPU. According to MediaTek, this graphics processor is so powerful that it can handle all upcoming AAA games. Also, the Dimensity 920 is a 5G-ready SoC. In other words, it supports 5G networks on the SIMs in standalone, as well as non-standalone modes. Moreover, it supports Bluetooth 5.2 and WiFi 6.

Xiaomi 11i HyperCharge display specs and color options have been teased