Boat Airdopes 601 ANC TWS earbuds India launch is right around the corner and the upcoming audio accessory will be available in the country via Flipkart. Boat has a reputation for offering feature-laden smart wearables and audio accessories that usually garner huge popularity among users. Now, the popular brand is gearing up for the imminent arrival of Boat Airdopes 601 ANC TWS into the Indian market. Living up to its notoriety, Boat will be offering an impressive array of features with the new true wireless earbuds.

For instance, the Boat Airdopes 601 ANC TWS will come with ANC (active noise cancellation) support, a 10mm driver, and an impressive battery life of 28 hours. Ahead of going official in India, the upcoming TWS had made an appearance on Flipkart. As expected, this listing divulges some vital pieces of information about the Boat Airdopes 601 ANC TWS earbuds ahead of their official unveiling.

To recall, Boat had launched the boAt Airdopes 501 ANC in India with a starting price of INR 2,499 back in July. Now, the brand is on the verge of announcing the newfangled Airdopes 601 ANC in the country. These ear-style buds adapt stem design. Moreover, they come with interchangeable ear tips, so that users can pick the one that fits them the best. The TWS draws its power from a 10mm driver. Furthermore, it has Bluetooth 5.0 for wireless connectivity.

Aside from that, the Airdopes 601 offers up to 33dB of hybrid active noise cancellation, which reportedly blocks noises from the outer environment and adapts accordingly. Users can eliminate noises like coffee makers, human voice, traffic, air conditioner, and more simply by turning ANC on. Furthermore, the TWS supports swiper gesture controls. You can perform multiple tasks like accessing voice assistants, controlling volume, and changing tracks. 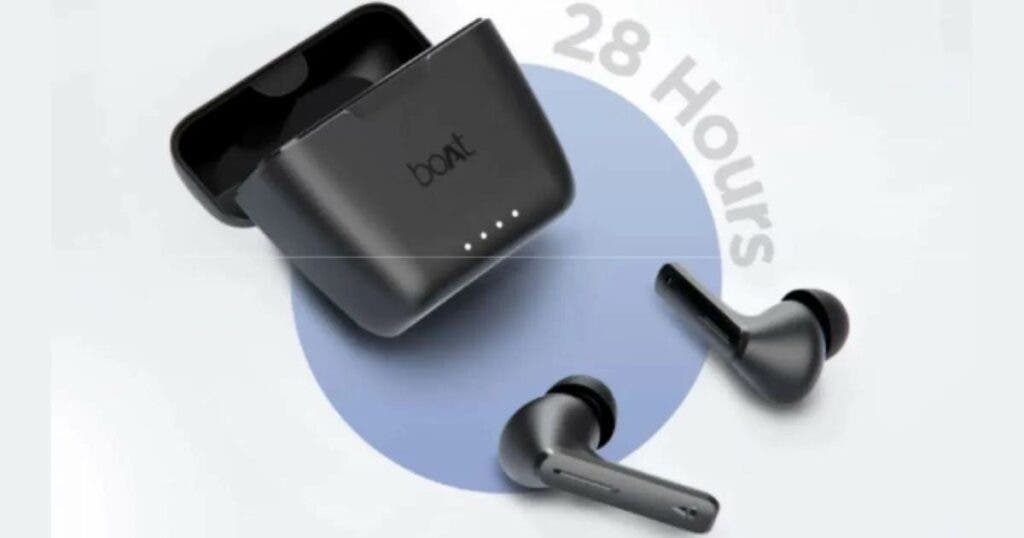 The earbuds’ in-ear detection feature ensures that they automatically stop when they are removed from ears, and resume playing when they are plugged back in. Moreover, these earbuds comprise six microphones that use ENx technology for offering clear audio during calls. The battery of the Boat Airdopes 601 ANC can last up to 4.5 hours even on a single charge, even when ANC is turned on. With ANC turned off, the TWS can last for about 5.5 hours.

You can extend the battery life to 27.5 hours simply by including the case. In other words, the case offers an additional battery life of up to 22 hours. Moreover, the Airdopes 601 ANC supports ASAP charge, which delivers playback of 1 hour with just 5 minutes of charging. Other notable features include voice assistants (Google Assistant and Siri). In addition to that, they feature a Type-C charging port, IPX4 water rating, Google fast pair, and ambient mode. They also come with the Instant Wake n Pair feature for seamless connection to compatible devices.

As mentioned, the Boat Airdopes 601 ANC TWS will be available in India via Flipkart. Regrettably, details about the price tag the TWS will be carrying are still scarce. However, Smartprix suggests that the Airdopes 601 could retail for around INR 3,499. Boat is likely to announce the exact availability and pricing details about its new TWS in the coming days.

Next Xiaomi 11i HyperCharge India Price Tipped Before Launch