The Moto G71 5G smartphone’s India launch has been tipped, while Moto fans continue waiting to get their hands on the brand’s new 5G-enabled handset. Much to the delight of its huge fanbase in India, Motorola brought two new handsets including the Moto G31 and the G51 5G into the Indian market recently. Now, it looks like Motorola is prepping to launch a new G-series smartphone in India.

The Lenovo-owned company has been on a launch spree for the past couple of months. Motorola has unveiled five next-generation smartphones under its well-received G-series. Moreover, it even launched the first handset with Snapdragon’s new flagship chipset. In India, the company has already launched the Moto G31 and the G51. Now, it looks like the company is gearing up to launch the third entrant dubbed, the Moto G71 in the G-series smartphones. The lineup currently features one premium model and four mid-rangers.

Motorola is also jumping on the January launch window. Moto G71 to launch by 2nd week. Teasers should be out by this week.

Noted leaker, Yogesh Brar took to Twitter recently to shed light on the Moto G71 5G smartphone’s imminent India launch. According to Brar, Motorola is gearing up to launch the Moto G71 smartphone in India in the second week of January. To recall, Motorola launched the Moto G71, along with the Moto G51, Moto G41, and Moto G31 for global markets in November 2021. Meanwhile, a report by TechRadar suggests that the Moto G41 will not launch in India. However, the publication claim that the premium Moto G200 could go official in the country.

The Moto G71 smartphone sports a 6.43-inch OLED display with Full HD+ (1080 x 2400 pixel) resolution and DCI-P3 color gamut. Aside from that, the screen features a punch hole notch for the front shooter. Under the hood, the phone packs a 5G-ready, octa-core Qualcomm Snapdragon 695 processor. The processor comes with an Adreno 619L GPU and uses an 8nm fabrication process. Furthermore, it will ship with 6GB of LPDDR4X RAM and offer 128GB of UFS 2.1 storage.

In the photography department, the Moto G71 houses three rear-mounted cameras and an LED flash. The camera setup includes a 50MP camera with an f/1.8 aperture. In addition to that, the phone features an 8MP ultra-wide-angle camera that comes with an f/2.2 aperture. Lastly, the rear panel houses a 2MP macro lens that offers an f/2.4 aperture. Upfront, the phone houses a 16MP camera for capturing selfies and video calling. 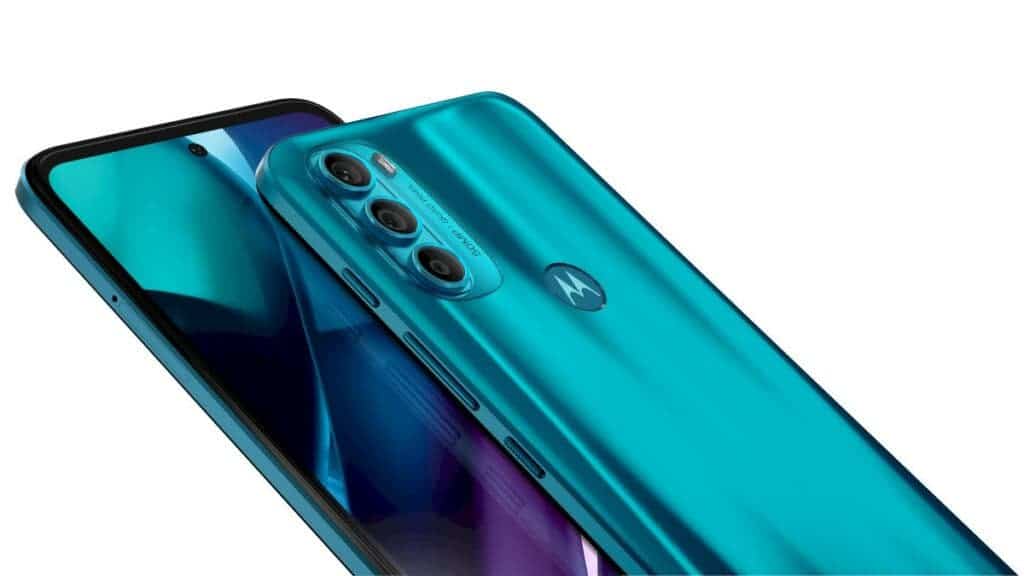 Furthermore, the phone will be using a 5,000mAh battery with 30W fast charging support for drawing its juices. Also, the G71 comes with a 3.5mm audio jack, and a Type-C charging port. Other notable features include Dolby Atmos support and a capacitive fingerprint scanner at the back. Moreover, the phone will be available in Iron Black, Arctic Blue, and Neptune Green color option.

Motorola Moto G71 5G will launch in India on January 10