Redmi’s general manager, Lu Weibing announced some details of the upcoming Redmi K50 series. According to him, this device uses the code-name “Dream Phone” and it will be official next month. His latest Weibo post reveals information on the battery, charging, and heat dissipation of the Redmi K50 series. This new smartphone will come with dual VCs liquid colling, that is, two VC heat plates. These plates will deliver the ultimate heat dissipation capacity and may offer the industry’s coolest Snapdragon 8 Gen1 model. 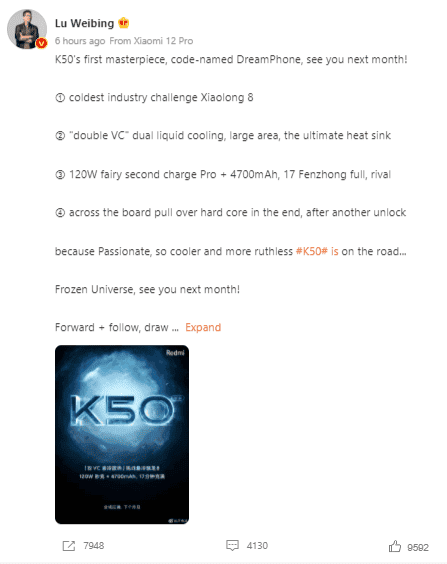 In addition, this new smartphone will also come with a 4700 mAh battery that supports 120W fast charging. According to Lu Weibing, this charging capacity will deliver a full charge in only 17 minutes. 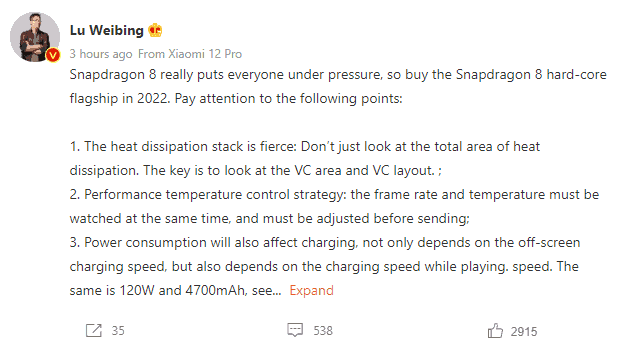 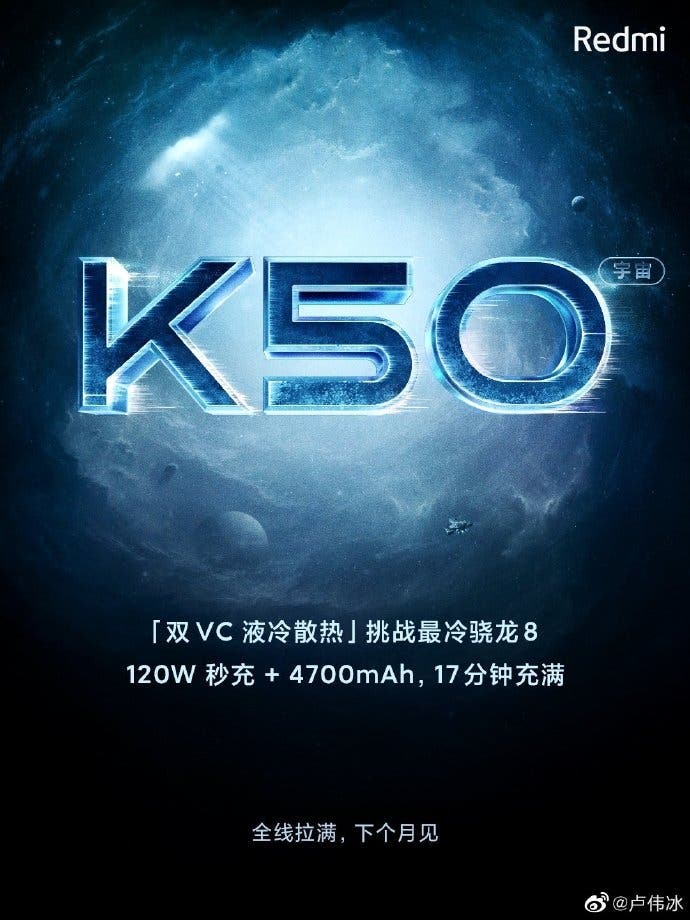 It is important to note that the Redmi K50 series may not entirely be a cheap series. The regular models may be attractive in terms of price but the Pro+ model will not be cheap.

Redmi Pad specs and design have been revealed