The Realme GT Neo 2 Dragon Ball Edition of the device features a glass back with an orange and blue paint job in a matte finish. The frame of the smartphone is also blue-colored. The color scheme on the Dragon Ball Edition quickly resembles Goku’s outfit with the predominant Orange and some small details in Blue. Francis also took it to Twitter to ask fans if they want the company to launch the new special colorway in India and Europe as well. Knowing Realme, it’s easy to understand that this is more a teaser than a simple question.

Have you watched Dragonball and should we launch it in India & Europe? #DragonBallGT #realmeGT pic.twitter.com/0VzbaEHeN1

The teasers are pretty common these days. Realme tends to ask its fans if they are interested in the device. So, we can expect the company to start teasing this variant’s arrival in the respective markets ahead of the actual launch. As a result, users in India and Europe can already consider this as a new colorway for their markets. If you’re needing more Saiyan identity, then this variant may fit your taste.

To recall, the Realme GT Neo 2 flaunts a 6.62-inch Full HD+ AMOLED display with a 2,400 x 1,080 pixels resolution. It has up to 120 Hz refresh rate, up to 1,300 nits brightness, HDR10+, and Corning Gorilla Glass 5 coating. The display has a punch-hole cutout at the top-left corner and houses an under-glass fingerprint scanner. 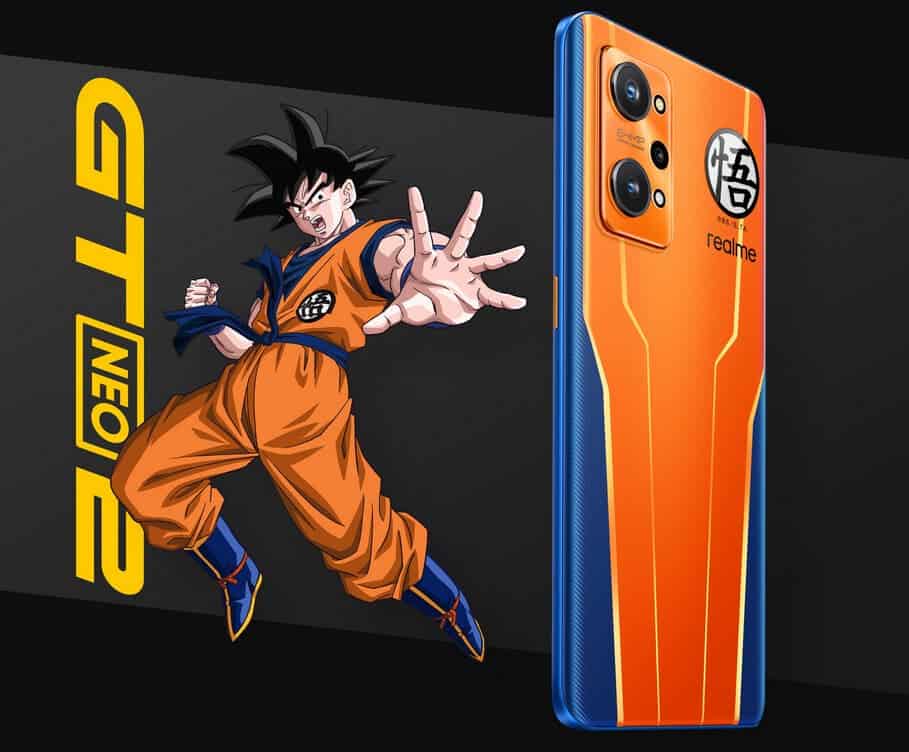 In terms of optics, the GT Neo2 has a primary 64 MP camera. It also has an 8 MP ultrawide snapper, 2 MP macro camera. For selfies, the 16 MP camera takes care of the show. The handset draws its powers from a 5,000 mAh battery with 65 W fast charging. It offers a USB Type-C charging port, NFC, and a stereo speaker setup with Dolby Atmos and Hi-Res audio. It currently runs Android 11. However, the Android 12-based Realme UI 3.0 update is already going through the company’s early access beta program.