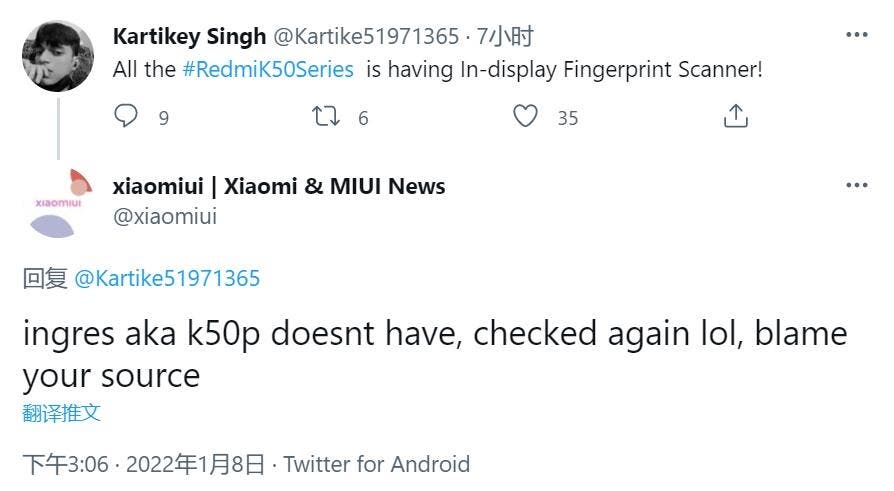 In order to maintain the beauty and touch of the Redmi K40 fingerprint module is embedded in the function key. In addition, the Redmi team also restores fingerprint recognition data signals and further improves the fingerprint verification optimization algorithm to ensure that the unlocking rate and accuracy will not change.

Furthermore, the Geekbench listing reveals that the phone will be powered by an octa-core processor codenamed taro. This processor will have a 1 + 3 + 4 core configuration, coupled with a peak clock frequency of 3.0GHz. In other words, the Redmi 21121210C could pack the Qualcomm Snapdragon 8 Gen 1 processor under the hood. This speculation aligns with an earlier report that suggests the Redmi K50 series will be the most affordable phone to come with the Snapdragon 8 Gen1 SoC.