Sony launched the much-awaited Sony PlayStation VR2 headset along with its new controllers on January 6 at CES 2022. Now, a fresh piece of information coming from KGI Securities analyst Ming Chi Kuo has shed more light on the headset’s shipping timeline. Much to the chagrin of PlayStation fans in India, Sony has shown no sign of launching its VR (virtual reality) headsets in the country.

Furthermore, Kuo claims that Meta (formerly Facebook) is gearing up to ship a whopping 1-2 million units of its imminent mixed reality headset this year. This mixed reality headset is currently codenamed, Project Cambria. A Reddit post citing a tweet from VR level designer Brad Lynch and a report by Nweon, suggests that Apple is planning to make its foray into the AR/VR space.

“We predict that Sony’s PS5 VR will be shipped from 2Q22, and Yujingguang and Goertek will be the Fresnel lens suppliers” 😇 https://t.co/t24qZQoXB9

Aside from that, the post claims that the Cupertino-based tech giant is taking a look at its top competitors, including Meta’s Project Cambria and Sony’s PS VR2. Meanwhile, Kuo has predicted that the Sony PlayStation VR2 will start shipping around Q2 2022.

As mentioned, Sony took the wraps off its PSVR 2 at the CES 2022. The device adopts a six-axis motion sensing system that comprises a three-axis accelerometer and a three-axis gyroscope. Moreover, it sports OLED displays that offer a resolution of 2000×2040 pixels. The OLED displays also deliver refresh rates of 90Hz and 120Hz. Furthermore, users can customize the lens separation. Depending on what it is being used for, the headset offers vibration feedback. Also, it has a field of view of approximately 110 degrees.

In terms of optics, the headset houses four cameras. Aside from that, it comes with an IR tracking camera for tracking the eye. It comes with a headphone jack and a built-in microphone. Moreover, it has a USB Type-C port that comes in handy for connecting to the PlayStation 5, as well as charging. Sony unveiled the Sense controllers along with the PSVR 2. The Sense controllers come with extra sensors that enhance the VR gaming experience. Moreover, it comes with multiple useful buttons. 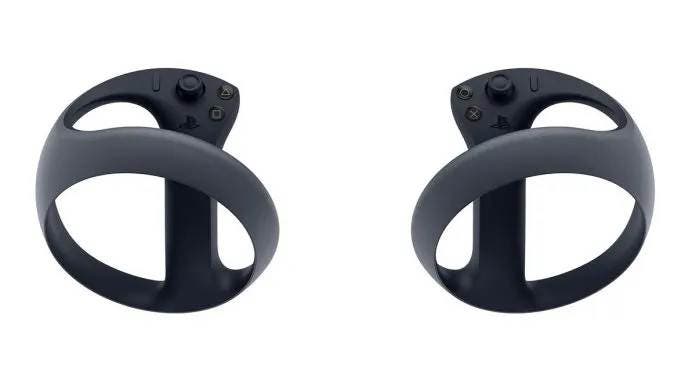 For instance, the controllers feature action buttons, options buttons, and the PS button. The right edge houses the Circle/Cross buttons, while the left side features the Triangle/Square buttons. Furthermore, the R1, R2, L1, and L2 triggers are available on the left and right controllers. Like the PSVR 2 headset, the controllers come with a six-axis motion sensing system. However, these controllers also support finger touch detection.

Sony claims that the PSVR 2 will provide avid gamers a “greater sense of presence” for a superior virtual reality experience. Furthermore, when turned on, the headset and controllers will offer an unparalleled range of sensations, according to a blog post on the official PlayStation website.