During its presentation at CES 2022, Sony unveiled the new generation of its virtual reality device. As expected, this is the rumored new generation of the iconic PlayStation VR. The new device comes with a PlayStation VR2 moniker. It can be considered a “console” or even a VR expander. The new device will feature 4K, and also boasts an increased field of view and foveated rendering, an eye-tracking technique integrated into the headset.

The information was published by the profile of Geoff Keighley, presenter and creator of The Game Awards. He followed Sony’s showcase at CES 2022 and shared the first details of the device. Furthermore, the Sense controllers that will be on the PS VR2 were also revealed. On PlayStation Blog, Hideaki Nishino said gamers will feel the tactile response and adaptive triggers similarly on DualSense.

“Visually, the PlayStation VR2 will be the best experience in its class. The new AR headset features 4K HDR, optimized rendering, and has a 100º field of view. The experience comes along with the new PS VR2 Sense controls. They will allow gamers to interact more viscerally with their games.”

Like DualSense, the VR control will feature tactile response and adaptive triggers. The connection to the PS5 will be via a single cable, and the device’s game library will be another differentiator — starting with the arrival of Horizon: Call of the Mountain. Guerrilla Games’ iconic title is on the headlines recently thanks to the much-anticipated Horizon Forbidden West that will make its debut on PlayStation 4 and PlayStation 5 in February. All of sudden, PlayStation has unveiled a new title for VR2 set on the same universe of Aloy.

The display method of PS VR2 will be OLED and the frequency rate sits between 90Hz and 120Hz. There will be four cameras in the headset and communication with the PS5 will be via USB Type-C.

The device’s resolution will be 2000×2040 and it will also feature 3D Audio with the helmet offering immersive features, such as the Tempest technology itself.

Horizon Calling of the Mountain for PlayStation VR2

Like the video game, the game still has no release date announced. The virtual reality game comes by Guerrilla Games — creator of the franchise — and Firesprite, the new producer of PlayStation Studios. To those unaware, Firesprite has more experience with VR games. 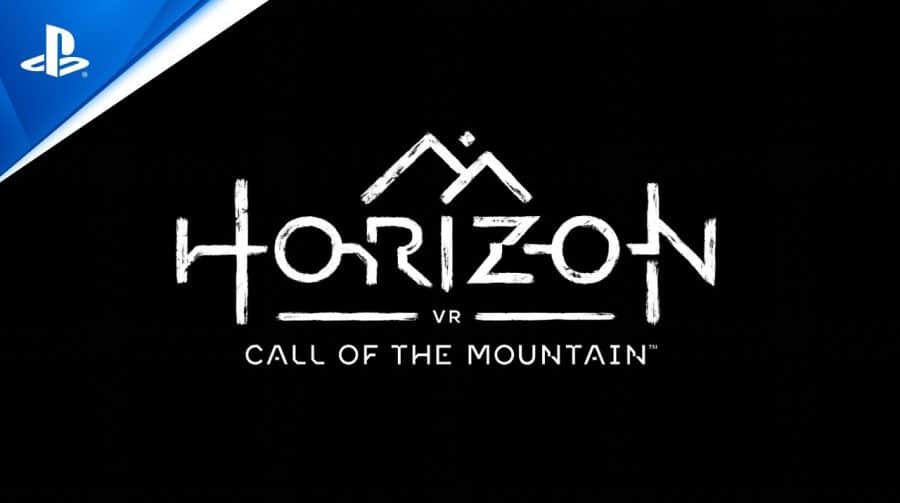 In a post on PS Blog, Jan-Bart van Beek, director of the Dutch studio, said that the game’s story will be told by a new character. However, players will still run into Aloy and other familiar faces. The dev promises to reveal the protagonist soon.

“We don’t want to reveal too much yet. However, you’ll see this story through the eyes of an entirely new character. You’ll also meet Aloy, other familiar faces, and new characters along the way, and we’ll introduce the protagonist of Horizon Call of the Mountain shortly.”