Lenovo has unveiled the Lenovo ThinkPad Z13 and the Z16 as the first laptop of the new ThinkPad Z series. These new ThinkPad laptops come with the newest AMD Ryzen PRO 6000 series CPUs. Moreover, they boast a brand new design that should be a new standard for this particular lineup. These new laptops are made of recycled aluminum and vegan leather. Without further ado, let’s see what they have in tow for enthusiasts of the laptop segment.

The Lenovo ThinkPad Z13 has a 13.5-inch IPS OLED display with a resolution of 2,880 x 1,620-pixel resolutions. This screen has up to 400 nits of brightness. There is also a screen-to-body ratio of 91.6 percent, and a 16:10 aspect ratio. The laptop runs with Windows 11 straight out of the box. It also has support for Dolby Vision and a Dolby Atmos audio system.

Under the hood, the laptop boasts an AMD Ryzen Pro U-series processor. It comes with an integrated AMD Radeon graphics plus laptop GPU. The laptop comes with an exclusive Ryzen Proce processor and is powered by a 50Wh battery with Rapid Charge and a total weight of 1.25 kg. 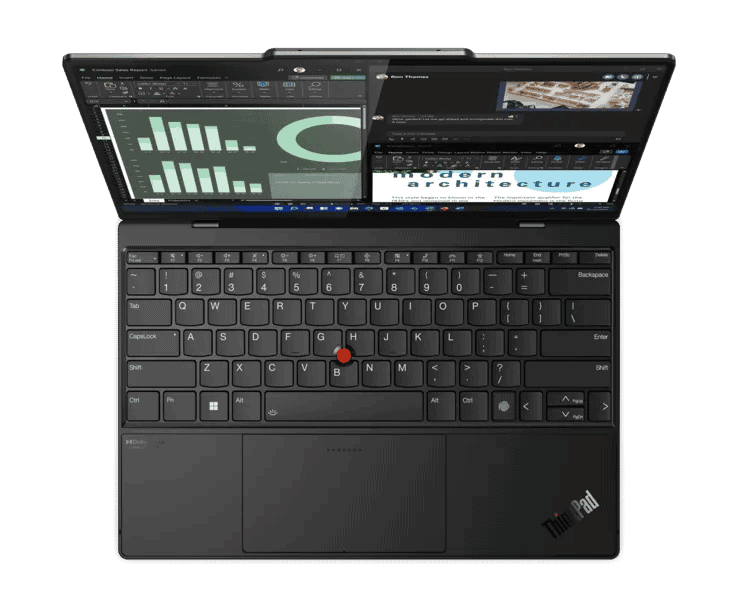 The laptop comes with up to 32 GB of DDR5 RAM and up to 1 TB of PCIe Gen 4 SSD storage. In terms of connectivity, the laptop has Wi-Fi 6E, Bluetooth v5.2, LTE 4G, a 3.5 mm headphone jack, and USB 4.0 Type-C ports. There’s also a Lenovo match-on-chip fingerprint reader built into the keyboard paired with an Infrared Full-HD camera with dual-array microphones.

The Lenovo ThinkPad 16 is the big deal for those who want brute force and premium specs. The laptop sports a larger 16-inch IPS OLED display with a 4K resolution of 3,840 x 2,160 pixels, 16:10 aspect ratio, and 92.3 percent screen to body ratio. Under the hood, the laptop boasts an AMD Ryzen Pro CPU with either integrated AMD Radeon graphics or discrete graphics as an option. The display boasts Dolby Vision support and has a low blue light filter. It comes with up to 32 GB of LPDDR5 RAM and a 2 TB PCIe SSD. 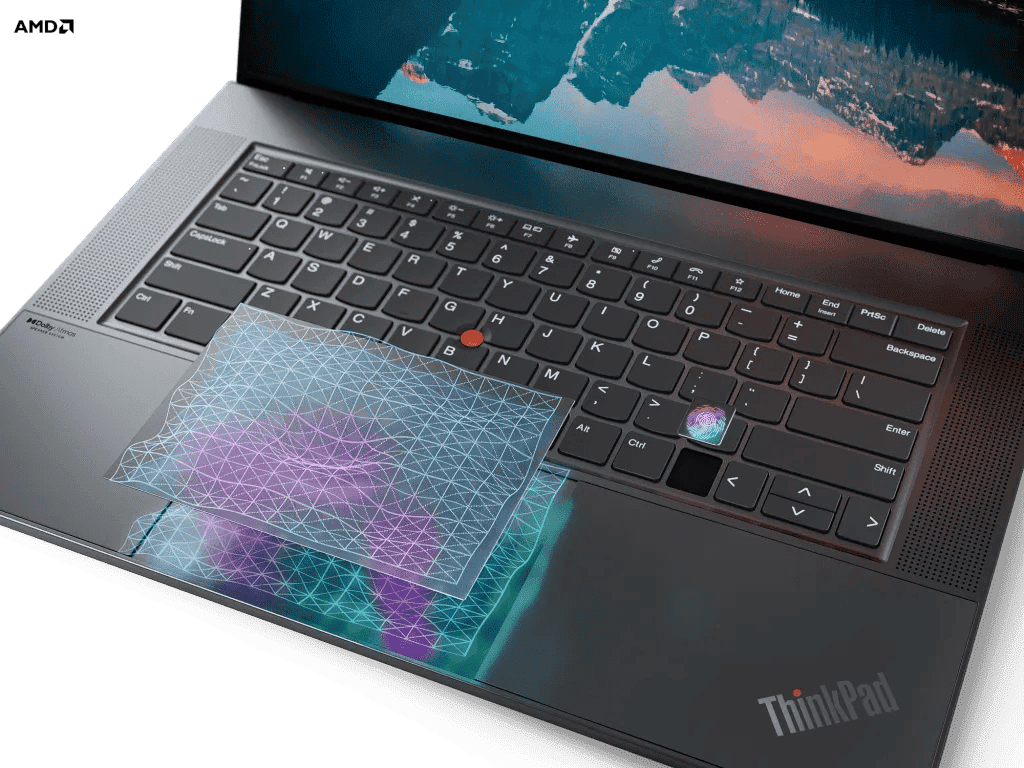 The elder Lenovo ThinkPad Z16 sports a 16-inch 4K IPS OLED display with a resolution of 3,840×2,160 pixels, a 16:10 aspect ratio, a 92.3 percent screen-to-body ratio, and a peak brightness of 400 nits. The laptop is powered by an AMD Ryzen Pro CPU with either integrated AMD Radeon graphics or AMD Radeon discrete graphics as an option. It has Dolby Vision compatibility and a low blue light filter, according to Lenovo. It can also accommodate up to 32GB of LPDDR5 RAM and a 2TB PCIe SSD.

In terms of connectivity, this one has a backlit keyboard, Wi-Fi 6E, LTE 4G, Bluetooth 5.2, 3 x USB 4.0 Type-C ports, an SD card reader, and a 3.5mm audio jack. The device also runs Windows 11 straight out of the box. For sound outputs and inputs, the ThinkPad Z16 comes with a Dolby Atmos sound system and Dolby Voice AI noise cancellation. There’s a match-on-chip fingerprint reader incorporated into the keyboard. Lenovo has included a 70Wh battery to power the device.