Apple has always boasted of the tight security and “impenetrable” protection that it offers iPhone users. The company claims that the iOS system is much safer than Android. This is usually not a topic of argument. However, is the iOS system really impenetrable as the company and its users believe? Recently, ZecOps identified a bug called NoReboot, which allows the iPhone to shut down in disguise and steal user privacy. 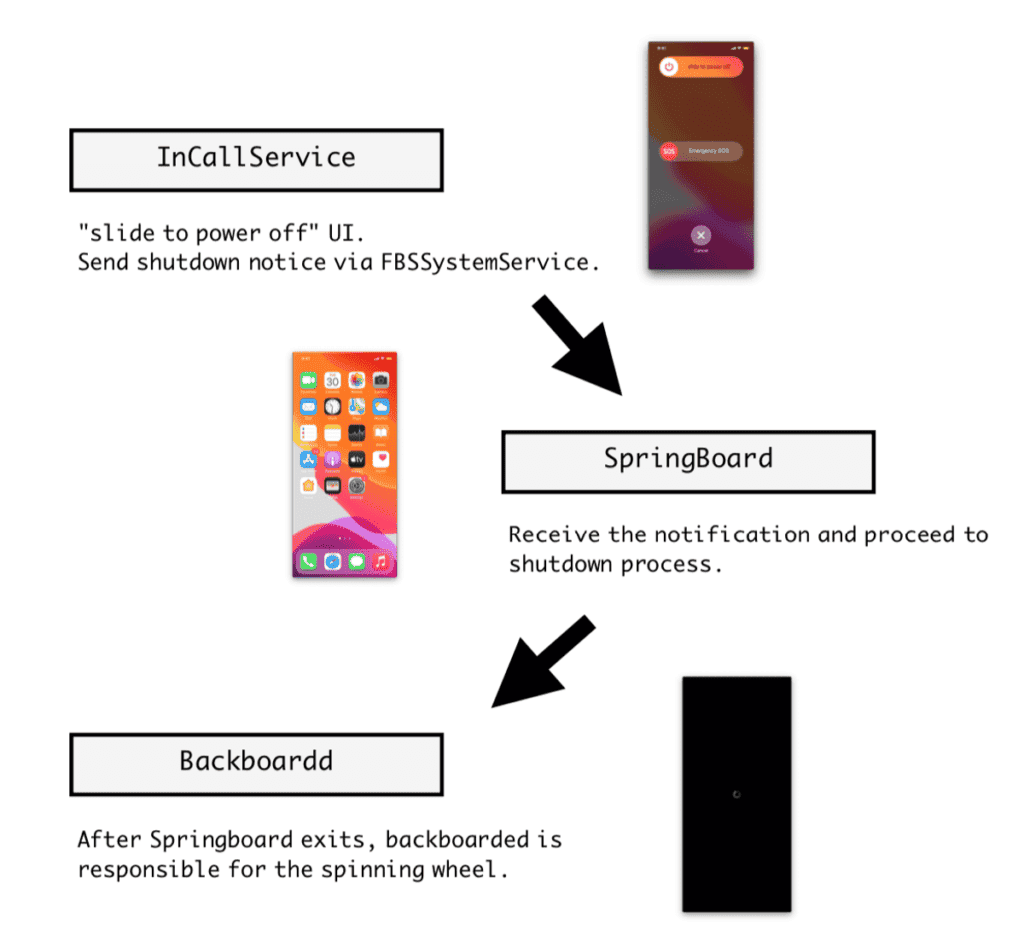 The technology simulates a user shutdown/reboot scenario where physical feedback such as incoming calls and message notifications, 3D Touch, vibration, screen, camera indicator, etc. are also disabled, while faking Apple’s classic on/off animation to mislead the user into thinking they have done so, when in fact they are still connected.

In the “fake shutdown” state, the attacker can remotely access the microphone and camera of the iPhone. In fact, they can do almost anything they want without alerting the user.

Under normal circumstances, restarting the iPhone can directly remove the hijacking code of the malware. However, NoReboot technology can directly hijack the iPhone when it turns on, so even if the user “restarts it”, it will not help. NoReboot works by injecting malicious code into three background processes, InCallService, SpringBoard, and backboardd, which are responsible for the iPhone reboot process.

According to ZecOps, a software fix can not tackle this issue and it can run on any iOS version of the iPhone.

Android malware is about 47 times that of iOS – Tim Cook

According to IndiaTimes, Apple CEO, Tim Cook, recently spoke in a virtual interview at the VivaTech conference. According to him, the number of malware on Android is about 47 times that of iOS. Cook said, “For decades, we have been focusing on protecting the privacy of Apple users.” Cook then added: “Steve once said that privacy is to explain to users that they are signing documents in plain language content and get the user’s permission. This permission should be asked repeatedly, and we have been working hard to achieve this”.

In addition, Cook also said that Apple iOS has only one “App Store”. Furthermore, all applications must undergo strict scrutiny by Apple before entering the store. However, he states that Android can have multiple application stores. In this virtual interview, Cook also talked about his interest in artificial intelligence and augmented reality. This implies that Apple may plan to launch its AR device within a year or two.

Next Xiaomi when will you stop copying Apple’s UI?