Today, Meizu issued an official statement, saying that they “start a new journey.” With this announcement, they prove that Meizu Mobile is officially back. What’s more interesting, the new model dubbed the Meizu 10 is about to hit the market. Actually, the launch event is scheduled to take place tomorrow on January 12.

In November 2021, Meizu announced that the Meizu mobile phone is about to return. Now, we see that the company keeps its promises and the Meizu 10 mobile phone is coming. It is still hard to predict whether Meizu will win or lose but one thing is clear – this brand doesn’t give up while others have laid down their arms long ago. Some did it even without a fight. 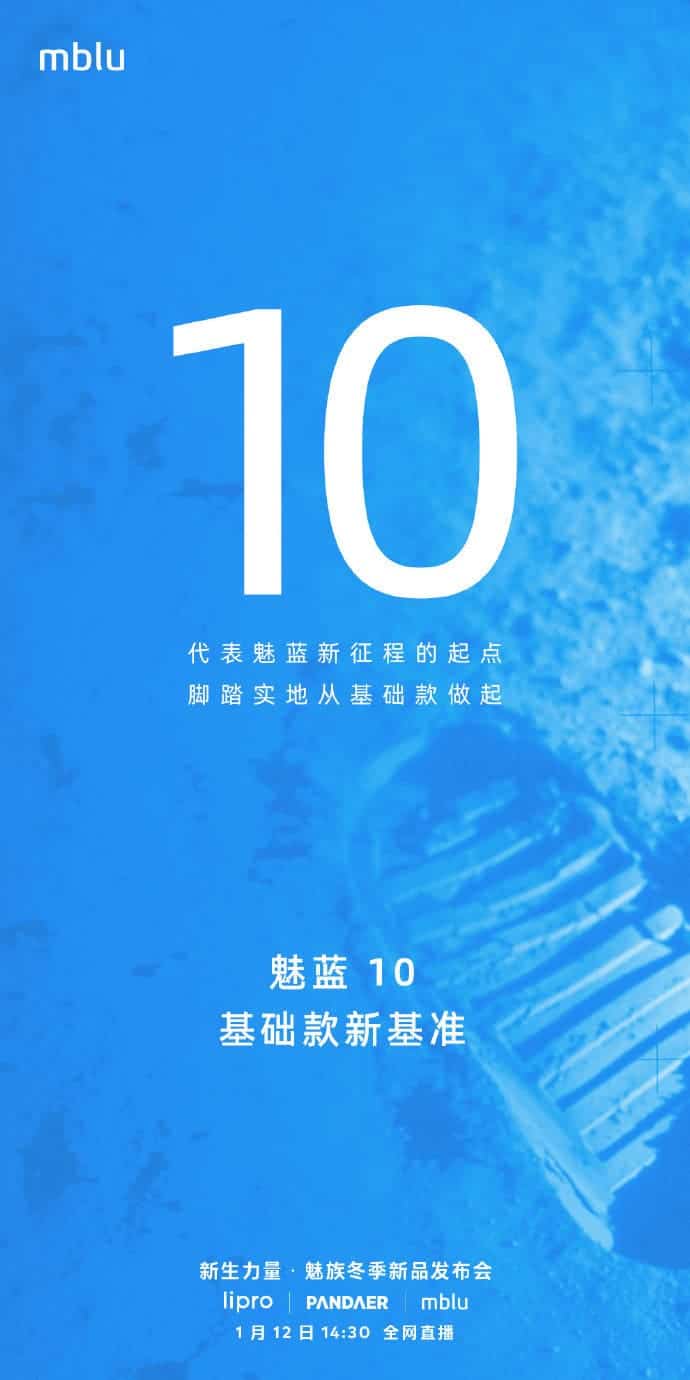 As for the new phone, the Meizu 10 is going to be the company’s basic model. Thus, it will compete with the similar models of other manufacturers. This simply means Meizu won’t power it by many outstanding features. Vise versa, most likely, the Meizu 10 will sport a basic configuration that will allow the manufacturer to keep the price under control.

By the way, our protagonist has managed to visit the Ministry of Industry and Information Technology and got network access. The corresponding information shows that the Meizu 10 mobile phone model is M2110 and it supports a 4G network. Other than that, the phone has an 8-core processor, uses a 6.5-inch LCD screen with a 1600 × 720p resolution, a battery capacity is 5000mAh, which supports 10W wired charging, and the thickness of the body reaches 9.3mm while the weight is 201 grams. Also, the box shouldn’t include any charger.

The last series from this brand was the Meizu 18s, which included two models – the vanilla version and the Pro model. They went on sale in September 2021. In fact, both were high-end smartphones with impressive performance and affordable prices. Say, they were packed with Snapdragon 888+ chips, top-notch screens, good cameras, and many more. The lowest-configuration model was priced at 490 euros.

We guess the upcoming Meizu 10 will come with a balanced configuration. When saying this, we mean hardware will have no shortcoming but it will also have nothing to boast of. At the same time, Meizu will offer the Meizu 10 handset for a relatively low price to somehow make competition and find its place under the sun.

Anyway, let’s wait another day and see what features the Meizu 10 will come with.

Previous Apple: Developers have earned $ 260 billion from the App Store