The Vivo Y33T smartphone has been launched in India with a slew of notable upgrades over the recently unveiled Vivo Y21T. The Chinese technology company has launched the latest entrant in its Y-series for the Indian market dubbed the Y33T. Moreover, the new Vivo budget smartphone will set you back at less than INR 20,000 despite offering some upgrades over the Y21T. For instance, the Y33T ships with more RAM, and houses a higher resolution selfie camera.

On the downside, the Y33T still features the same waterdrop-style display notch and three rear-mounted cameras like the current Vivo phone. Nevertheless, the company claims that the Y33T offers a superior gaming experience with a Qualcomm Snapdragon chipset under the hood. Regrettably, the phone lacks 5G connectivity support. Upfront, the phone features a flat frame. It uses a robust 5,000mAh battery. Aside from that, it measures around 8mm.

The newly launched Vivo Y33T is available in a single storage configuration in India. The phone offers 8GB of RAM, coupled with a sufficiently good 128GB of onboard storage capacity. The Vivo Y33T smartphone’s price in India is set for INR 18,990. Furthermore, you can choose between two color options including Midday Dream and Mirror Black. You can head straight to offline retail stores to get your hands on the Y33T. Alternatively, you can purchase the new Vivo handset via Bajaj Finserv EMI Store, Tatacliq, Paytm, Flipkart, Amazon, as well as Vivo India E-store.

The Y33T features a 6.58-inch IPS LCD panel that delivers a refresh rate of 90Hz and a Full HD+ (1080 x 2408 pixels) resolution. Moreover, the screen has a water-drop notch for the front shooter. The chin has a slightly thick bezel. For connectivity, the phone has a USB Type-C port, and a 3.5mm headphone jack. Aside from that, the phone has AI face unlock. feature and a fingerprint scanner on the side edge. The phone runs Android 11 OS with Funtouch OS 12 on top. 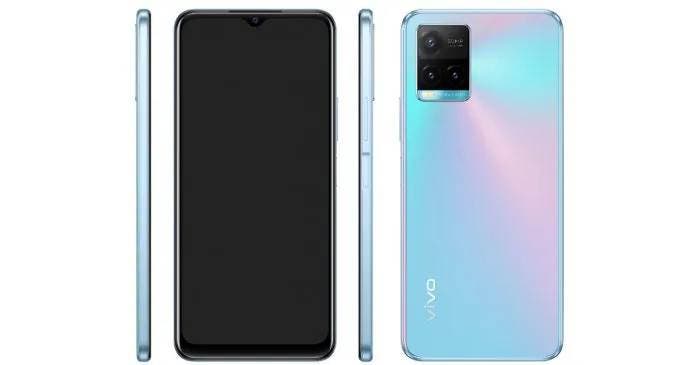 The phone will be drawing its juices from a 5,000mAh battery that supports 18W fast charging. In the photography department, the Y33T houses a 50MP main camera inside a rectangular camera setup. The main camera supports Super Night mode for better low-light performance. In addition to that, the phone houses a 2MP portrait sensor and a 2MP macro sensor at the back. For selfies and video calls, the Y33T has a 16MP shooter.

Furthermore, the Y33T features a Snapdragon 680 SoC, which is paired with 8GB of RAM. The phone offers 128GB of built-in storage capacity. It has a microSD card slot that can be used to expand the storage up to 1TB. The phone provides connectivity options like FM radio, GPS/ A-GPS, Bluetooth v5.0, Wi-Fi, 4G LTE, and USB Type-C port.

Previous Xiaomi 11T Pro is heading to India on January 19

Next OnePlus 10 Pro To Launch Today In China, How To Watch Live Stream