According to reports from China, many Apple device is pushing some strange advertisements through the family app. The report claims that the Apple Home App pushes these ads which are annoying. If you pay attention to your message feeds, every now and then something weird will pop up. You will find these messages in the notification bar on the iPhone lock screen. The content inside is nothing more than some indiscriminate malicious psoriasis information. Look at the wording and copywriting, these are obviously illegal ads. Those who use the iPhone should know that the Apple Home APP is the launcher of a smart terminal device. 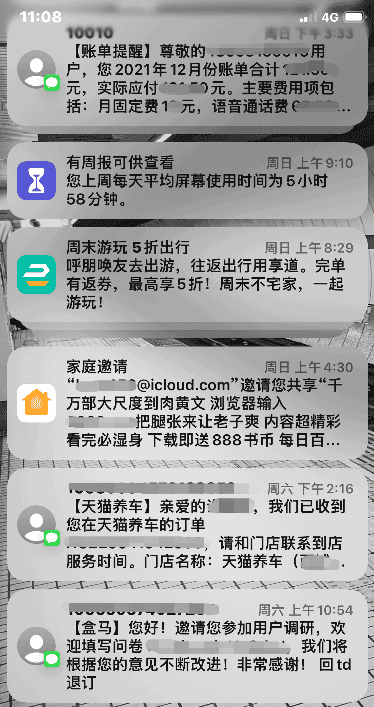 Similar to Mijia, as long as the home device supports HomeKit, the smart home can be remotely controlled through this app. The principle of its push invitation is also very simple. As long as the email address of the owner is known, these indiscriminate push can be received on the Apple Home App. While these messages may be harmless, isn’t Apple’s security and privacy technology supposed to be “bulletproof”?.

It is obvious that Apple has not paid attention to this loophole. It has been there for several years, and the official has not given a clear solution until now. However, if the users can keep their email address safe, then they can avoid this spam.

As we all know, Apple is a company that emphasizes user experience within the ecosystem. Whether it is between iPhone and iPad, or between iPhone and Mac, there is a strong correlation. For example, if you want to use iPhone to send a picture or a video to another friend who uses iPhone, you can send it directly through Airdrop. If a friend visiting your home wants to connect to your home Wi-Fi, after adding the device, you can share it directly without having to manually enter the password. In this way, the concept of “sharing” still exists in Apple’s ecology. It not only has a strong tandem effect between devices but also strongly binds users to the ecology and broadens the group of users who use Apple devices.

However, everything has its pros and cons. While “sharing” brings convenience, there are also many security risks. Some netizens have received Airdrops from strangers on the subway before. Once the automatic reception on their mobile phones is not off, there is a high probability that they will receive some very strange content.

Well, as we said earlier, the notification itself is harmless. In fact, the attackers have no way of knowing whether the mail is sent to an Apple user. However, these notifications usually come with two options, “accept” or “reject”. Once you click on any of the options, they now know that the email belongs to an Apple user. Of course, subsequent attacks using the email will follow. The only way to tackle this is just to ignore it and leave this annoying pop-up window.

Previous HiSilicon chips to come back later this year

Next Xiaomi 12 Ultra camera specifications: what are the improvements?