Between now and next March or April, Apple fans will be able to discover a new iPhone SE 2022 smartphone, which should notably use certain components of the latest iPhone 13. Indeed, the device will be notably powered by the company’s A15 Bionic chip, which will make it 5G compatible.

According to the leaker @ xleaks7 on Twitter, who has already repeatedly correctly announced the design of as yet unknown smartphones, the iPhone SE 3 would benefit from a screen a little smaller than that of the iPhone XR, of 5.69 inches. This would still be LCD and not OLED like the manufacturer’s high-end smartphones. 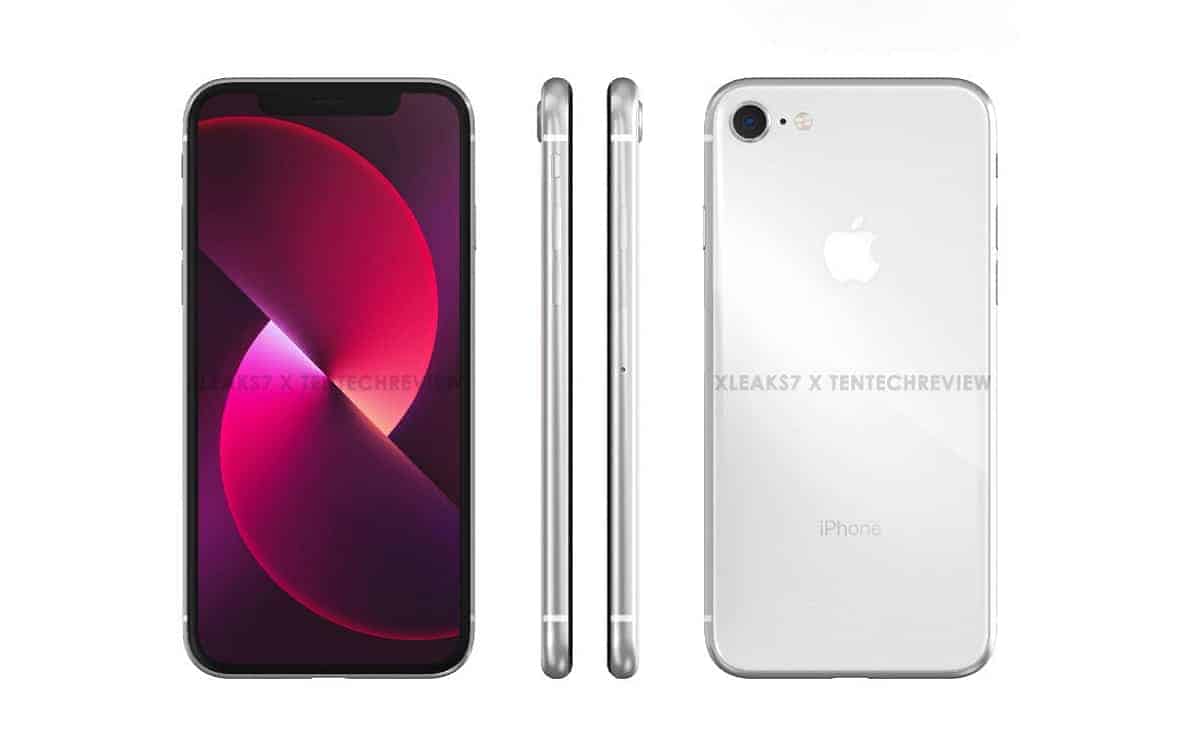 New renderings show us what the smartphone could look like. We would find at the front the screen with a notch. The latter could be equipped with the Face ID biometric authentication system; but it is much more likely that Apple will opt instead for a fingerprint sensor on the edge; as is the case on the new iPads. At the back, there is a single photo sensor.

For now, it’s hard to say whether the 2022 iPhone 3 SE will be inspired by the iPhone X or if it will retain the same design as the 2020 iPhone SE. Most reports indicate that Apple will continue to use a 4.7-inch screen in its next smartphone; so it’s very likely that we won’t be entitled to a design change this year; that we’ll have to wait until 2024 to see the iPhone SE adopt it. We also know that Apple will soon abandon the notch for two punches in the screen of the future iPhone 14 Pro and 14 Pro Max.

The iPhone SE 3 2022 will be presented this spring, like its predecessors. This statement was made by Bloomberg journalist Mark Gurman, who is very accurate in his forecasts. If Apple does not interfere, and the pandemic again does not intervene in the market situation; then the iPhone SE 3 should be presented in March or April of this year. Among other things, the source said that the WWDC 2022 conference for developers will again be held online; Apple will not be in a hurry to return offline.

Previous Microsoft Defender will be available for Android and macOS