How good were the “words of mouth” before the release of the iPhone SE 3? How bad were the sales after it was released? The “cheapest 5G iPhone” was estimated to sell 25 million to 30 million units at one point. However, less than a month after its release, supply chain reports show that iPhone SE 3 orders are cut by 20%. Although it is difficult to distinguish between true and false supply chain news, market sales do not lie. On the JD.com platform, the best-selling iPhone SE 3 store has only 1,000+ reviews. As for actual sales, most stores generally have less than 100 sales. In comparison, the iPhone 13 mini has more than 2 million reviews. Not only in China, but in a survey of the North American market, 56% of operators found that the demand for the iPhone SE 3 was “weaker than the previous iPhone SE”. In fact, “not many people know” that the iPhone SE 3 has been released. So the questions are, why were the market estimates about the iPhone SE 3 so wrong? And why is this device not getting positive comments from consumers? As for the latter question, you can get the answers here. Let us now look at why the market sale estimates for this device were so wrong.

In 2019, Apple encountered the “Waterloo” of iPhone XR/XS series sales. At the time, Apple CEO, Tim Cook issued an open letter to face the problem of the “overpriced iPhone”. In the second half of the year, Apple began to readjust its mobile phone product line and released the iPhone 11 series with a more reasonable price distribution. In order to stimulate the rebound in sales, in April of the following year, Apple launched the iPhone SE 2 starting at 3,299 yuan. 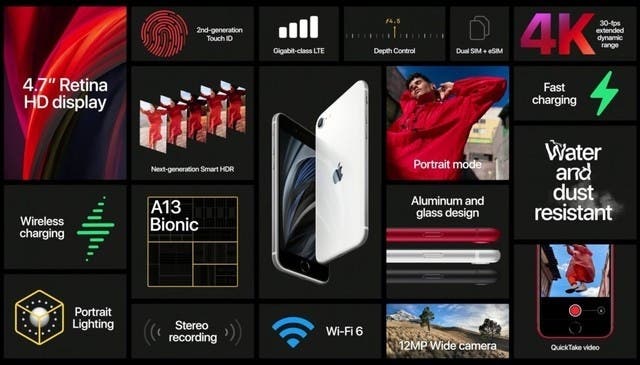 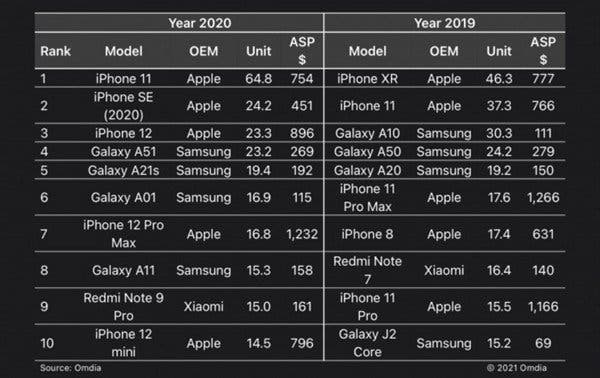 For the whole year 2020, the iPhone SE 2 became one of the best-selling mobile phones in the world, with shipments of about 24.2 million units, second only to the iPhone 11 (about 64.8 million units) in the global rankings. With such achievements, neither Apple nor analysts can not overestimate the data of the iPhone SE 3. Especially after the decentralization of 5G functions, there is no reason for the sales of the third generation to be lower than the second generation. Well, the positive performance of the iPhone SE 2 is one of the triggers of the terrible market forecasts.

In April 2021, iPhone 12 sales exceeded 100 million 7 months after its release, setting the same record as iPhone 6. This figure means that the 5G function is the same as the large screen of the iPhone 6, giving users sufficient reasons to switch phones. Apple has thus entered another round of super mass production cycle. The replacement trend driven by 5G has continued until the iPhone 13 series. In the three months after the release of the iPhone 13, iPhone shipments rose again. Apple returned to the world’s first position in terms of shipments. 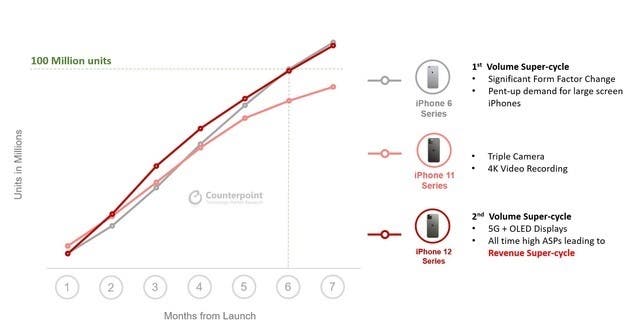 5G has not only successfully driven old iPhone users to upgrade, but also those prospective new users who have been using the phone for about two years. In 2021, North American consumers handed over $3 billion worth of used phones to upgrade their iPhones through Apple’s trade-in program, generating $1.1 billion in the fourth quarter after the iPhone 13 release alone.

The top two devices with the largest trade-in volume were the iPhone XR and iPhone 11, both of which were released within three years. The iPhone XR topped the list for the fourth consecutive quarter, accounting for 33% of the total transaction volume. 5G has successfully set off a wave of iPhone replacements.

With the addition of 5G on the new iPhone SE 3, analysts and Apple thought that the sales will be explosive. However, the stark reality is that 5G is not a panacea.

3. Small-screen mobile phones “do not have” 5G experience

No matter how perfect the product looks, everything has to come back to the user and the usage scenario. The weakness of the iPhone SE 3 lies in the 4.7-inch LCD screen and the inherent battery life disadvantage of small-size mobile phones. These two characteristics will likely further depreciate with the presence of 5G.

On major websites, even though the evaluation bloggers have exhausted their vocabulary to describe the comfortable feel of the one-handed operation of small-screen mobile phones, when it comes to specific scenarios such as battery life and watching videos, everyone has a tacit understanding.

The better network speed experience of 5G is based on the premise of squeezing battery life. Even on the iPhone 12, the battery close to 3000 mAh will have a sharp decrease in battery life after activating 5G. The iPhone SE 3’s 2018 mAh battery is hardly a surprise and certainly can’t handle 5G.

On the other hand, users can clearly feel the 5G lapses. There may be a need to switch videos in places with poor 4G signals when watching high-quality video images in the subway. However, on a 4.7-inch LCD screen, any high-standard video may be “dimension-reduced”. Today, the size of mobile phones is generally between 6.1 and 6.9 inches. The largest smartphone display gets up to 7 inches. At the moment when users are shouting 2K, high refresh rate, and battery life, the iPhone SE 3 is like a Nokia feature phone that supports 5G.

Since iPhone SE 2 shipments reached 24.2 million units in 2020, why don’t these old users switch to a new generation? The sales volume of the iPhone 12 mini in 2020 is 14.5 million units. Based on this rough guess, the total number of small-screen iPhone users is less than 40 million. Of course, users are more sensitive to prices.

The small-screen iPhone market is saturated, and sales of the iPhone 13 mini seem to testify. Apple is said to have stopped updating the mini model. From a market analysis point of view, the iPhone SE 3 is almost a perfect answer, and the “cheapest 5G iPhone” sounds exciting. However, this is far from it. Old users are still comfortable with their devices while some are now with the mini models.

Today, with the popularity of 6-inch large-screen mobile phones, users have different dependence and imagination on mobile phones. Today, users have to deal with the cost of switching back to a 4.7-inch phone, which is much higher than it was two years ago. After all, during the iPhone SE 2 period, Apple’s stock users were still in the “5.5-inch large screen” period represented by the iPhone 6 series. Now, the “5.5-inch” model is the mini model and even Apple is now in the 6-inch era.

Previous April Sale: Lifetime licenses for Windows 10 for $13 and Office only for $ 27!

Next Xiaomi Civi 1S upgrades its specification but reduces its price

iPhone SE 3 first dismantling – a hit or a joke?