To recall, the Chinese smartphone manufacturer launched the 9RT in its home country back in October 2021. The company will be taking the wraps off two products at the impending OnePlus Launch Event Winter Edition. Aside from unveiling the much-awaited OnePlus 9RT smartphone, the tech firm will be announcing the equally-anticipated OnePlus Buds Z2 TWS earbuds. Moreover, the OnePlus 9RT will be doling out an unparalleled budget-flagship experience. The Buds Z2 will be succeeding the well-received Buds Z budget TWS earbuds.

A recently spotted listing by Sangeeta Mobiles (via MySmartPrice) suggests that the OnePlus 9RT smartphone’s 8GB RAM + 128GB storage variant will retail for INR 42,999. Alternatively, OnePlus fans who are willing to shell out INR 46,999 can go for the larger model that ships with 12GB RAM and offers 256GB storage. However, OnePlus has neither confirmed nor denied the OnePlus 9RT price in India. Furthermore, the listing shows that the 9RT will be available in Silver and Black color options.

An earlier report claims that the OnePlus 9RT will go on sale in India starting January 17 during the Great Republic Day Sale on Amazon. You can watch the live stream of the upcoming OnePlus Launch Event on the company’s official website. Aside from that, the event will be streamed live on the official OnePlus Facebook and Twitter handles. The launch event kicks off today, January 15 at 5 PM IST. The OnePlus Launch Event Winter Edition will also be live-streamed on the company’s official YouTube channel. We have embedded the video below.

Under the hood, the 9RT will pack last year’s flagship Snapdragon 888 SoC. Nevertheless, the processor is capable of delivering a powerful performance. Furthermore, the phone will use a 4500 mAh battery that supports 65W fast charging to draw its juices. In the photography department, the 9RT could house a 50MP Sony IMX766 sensor as part of its triple rear camera setup. The primary camera will be accompanied by a 16MP ultra-wide-angle sensor and a 2MP macro sensor. Upfront, the phone will probably feature a 16MP selfie camera. 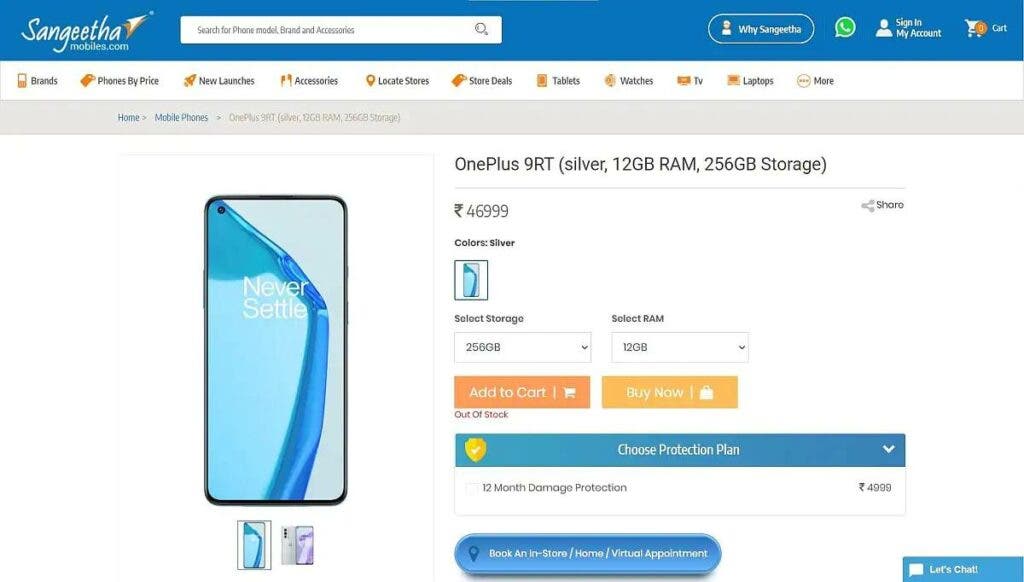 Furthermore, the front panel houses a 6.62-inch AMOLED display with Full HD+ resolution. The display features a hole-punch cut out to accommodate the front shooter. Moreover, it delivers a refresh rate of 120Hz, coupled with 1300 nits of peak brightness. The phone replaces the OnePlus 9 Pro’s curved edges with a flat display. Aside from that, the Indian version runs Android 11 out of the box with Oxygen OS 11 on top. Regrettably, OnePlus has not included the 3.5mm headphone jack on the 9RT.

Other notable features include a Dolby Atmos-powered dual speaker setup and an in-display fingerprint scanner. In terms of connectivity options, the 9RT has GPS, WiFi, Bluetooth, and more.

Previous Elon Musk: Tesla's entry into the Indian market has some challenges