After testing 65W fast charging on smartphones in the Galaxy S22 range, Samsung was finally forced to fall back on 45W charging. This is already significantly more efficient than the charging technology included with the Galaxy S21 Ultra (25W).

Quickly, the 45W charger that will take advantage of this charging speed appeared on the web. This charger, named “Samsung 45W US Type-C Power Adapter” (EP-T4510), indicates that at least one of the models in the range is compatible with the 45W charging speed.

To take advantage of it, it will be imperative to invest in this new 45W charger block. Unsurprisingly, the Seoul giant does not provide a 45W charger in the box of its phones. You will therefore have to go back to the checkout a second time to benefit from all the performance of your new smartphone. 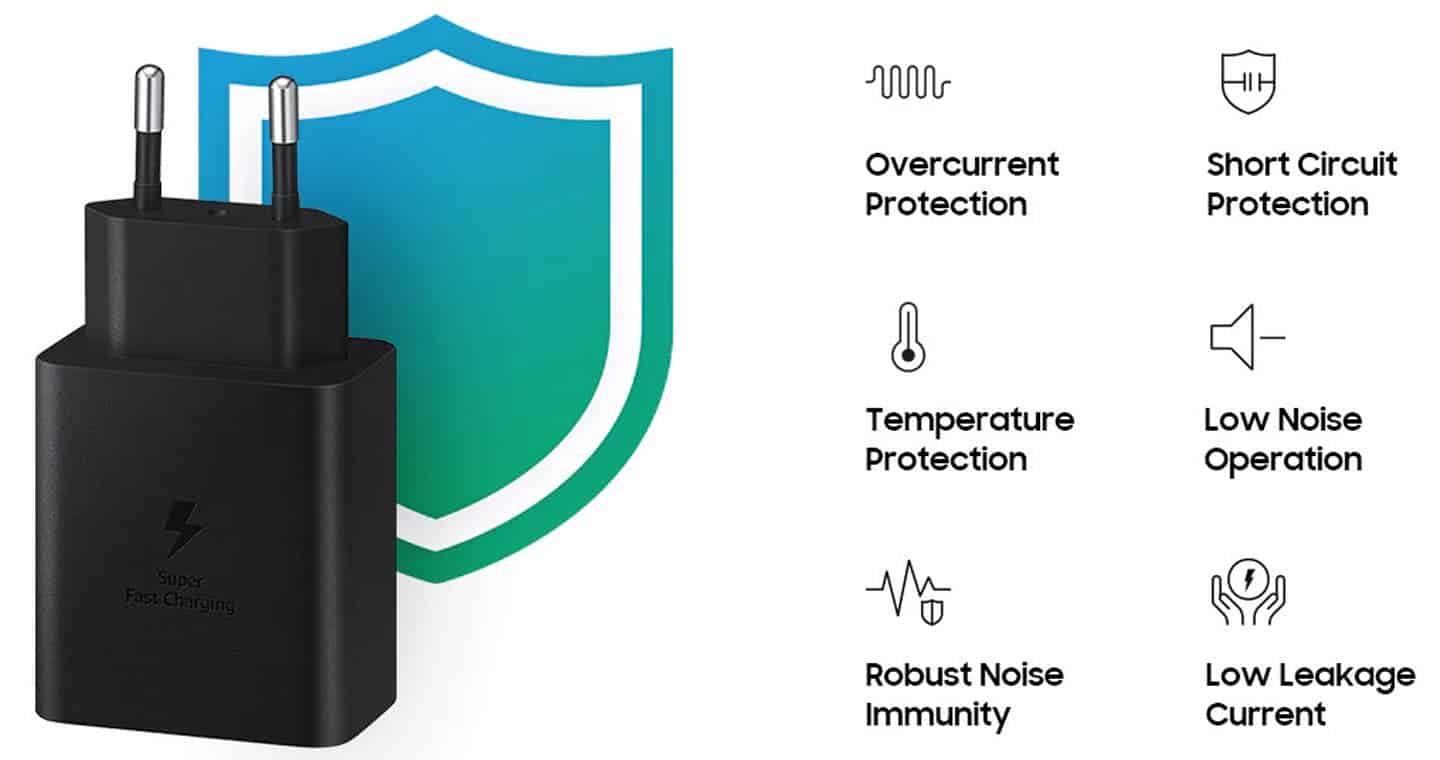 According to our LetsGoDigital colleagues, the 45W charger will be sold separately at a price of around $50. CentralPoint, a third-party reseller of miscellaneous accessories based in the Netherlands, indeed displays the accessory at a price of 42 euros. Obviously, this price is likely to vary from one country to another, in particular according to local taxes.

Galaxy S22: a leak reveals the price of the 45W charger

The site displays several product features, such as “super-fast charging 2.0”, “30% more compact than predecessor” and “overcharge and high temperature” protection. Samsung’s Dutch site states: “With the 45W charger, you can fully charge your Galaxy very quickly. In the box, you will also find a handy extra-long 1.8m cable. This charger provides protection against hazards such as overvoltage, short circuit, temperature variation”.

As a reminder, Samsung would present the Galaxy S22 from February 8, 2022. Pre-orders would open the following day for a February 24 release in stores.