It has been a long ride in terms of hardware advancements for Android smartphones. If you recall, nearly a decade ago, smartphones were shipped with 512 MB of RAM and single-core or dual-core specs at the best. Apple always neglected advancements in RAM alleging that more than 1 GB wasn’t necessary for mobile devices. Meanwhile, Android OEMs like Samsung ran to deliver the highest capacities. The Samsung Galaxy Note 3 was unveiled in September 2013 and was the first smartphone to reach the market with 3 GB of RAM. At that time mid-range smartphones shipped with 512 MB, sometimes less, and up to 1 GB of RAM. Meanwhile, flagships devices were established in the 2 GB territory.

The Note III was a major milestone for the RAM capacity on Android smartphones, but then at CES 2015, ASUS pushed things further unveiling its ZenFone 2 with a whopping 4 GB of RAM. That kickstarted the age of computer-like RAM on smartphones.

If 4 GB of RAM was already a questionable amount in 2015, what we can say about the OnePlus 6 that pushed things straight to 6 GB of RAM. That device gave the last step and then we saw the popularization of high RAM amounts on smartphones. The next moves were to 8 GB, 12 GB and more recently we saw brands breaking the borders of 16 GB of RAM. To make things even more interesting, many brands are selling things like Virtual RAM that, in theory, expand this crazily-high RAM amounts to even more impressive numbers. However, the question that keeps floating around users is how much RAM is enough for an Android device.

Less expensive smartphones nowadays have 4 GB and 6GB of RAM, while premium offerings are easily reaching the 8 GB and 12 GB marks. Meanwhile, the gaming territory is playing with the 16 GB of RAM and even 18 GB of RAM department. However, what is the ideal amount of RAM that you need in 2022? Let’s find out through an extensive analysis from the folks at AndroidAuthority.

Does my Android smartphone need so much RAM?

The pursuit for high RAM numbers is a trend right now, and honestly, it’s a trend that is very easy to sell. One customer sees a smartphone with more RAM than the other and easily sees it as a better option. Moreover, having more RAM when buying a smartphone is also a way to keep it future-proof. However, how much is necessary to have a pleasant experience with Android smartphones, one experience that will survive in two years or more.

RAM stands for RAM Acess Memory and it’s the memory used for the application processes, their data, and everything running and by the OS itself. Nowadays, 4 GB RAM can be considered the bare minimum for mid-range smartphones. However, some devices in the low-end Android Go department still ship with 2 GB of RAM.

No matter how much RAM your device has in tow, it’s a finite resource that needs continuous management. When you start a new app on Android it needs to occupy a portion of the memory. Simple applications and games use a few hundred megabytes. However, some recent and demanding titles have started to play in the gigabyte territory, the most demanding titles can even use up to 1.5 GB of RAM. 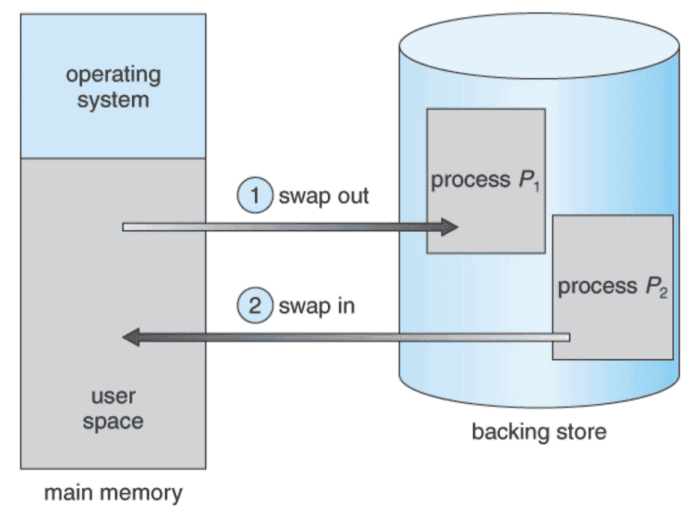 Since the last year, we saw smartphone brands going for a trend of “virtual RAM”. It promises to expand the amount of RAM, even in a “virtual form”. It’s a really old concept that is present on computers for years. It’s the good and old “Swap Memory”. In which, the oldest and least used pages of memory are written out to the swap storage, and the memory they occupied in RAM becomes free. Once the swapped-out memory is needed, the saved memory pages are read back from storage and copied back into RAM.

This greatly increases the amount of available RAM to store apps and data. However, the biggest limitation is that it’s much slower compared to RAM. But again, here comes one of the advantages of smartphones – they have faster storage modules than the vast majority of computers. It’s not as fast as a physical RAM, but it’s way faster than what standard computers have been.

Android has a different implementation

Instead of going for the same computer implementation, Android compresses the data and writes it back into RAM. This is known as zRAM, following the Unix/Linux tradition of using “Z” to denote compress. To those unaware, Android uses a Linux kernel and hence has some of the functionalities and operations of Linux. The compressed memory is not directly readable, so if it is needed it must be uncompressed and copied back, just like traditional swapping-in.

Swap Space is also a limited resource. As a result, whenever Android runs out of swap space it will start culling apps already in memory. That means that an app will immediately force close, and once you open it again, it will return to the start screen. This has been common on Android smartphones with 1 GB and has been greatly improved with the advent of higher RAM capacities. However, as the RAM Capacities grew, the app’s demands also increased. So a good chunky of RAM is always needed if you want to have a proper “multi-tasking” experience with your smartphone.

Finding the Ideal Amount of RAM

To find the ideal amount, AndroidAuthority conducted tests using three smartphones – Galaxy S21 Ultra (12 GB), OnePlus 9 Pro (4 GB), and the Pixel 3 XL (4 GB). You can see a certain discrepancy here, but it’s intended as the tester could see the difference in three distinct scenarios. Also, it serves to show if Google’s previous reluctance in adopting high-RAM capacities is sustainable. 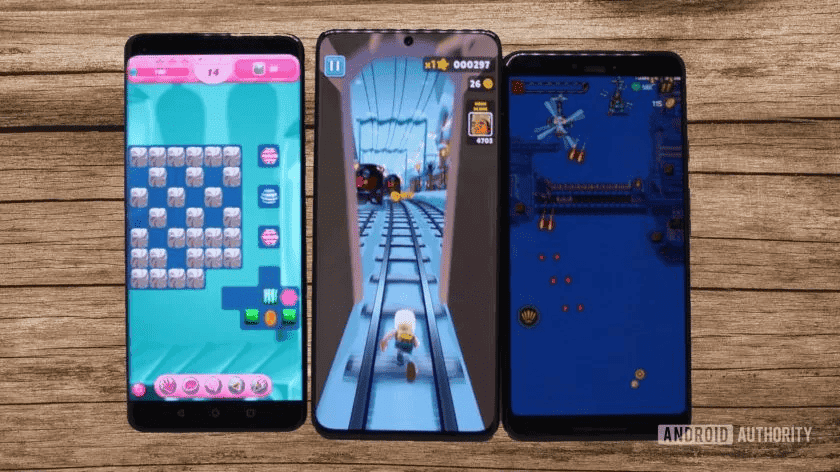 Samsung and Google smartphones sit at the extremes of the spectrum. The S21 with the highest capacity, and the Pixel 3 XL with the lower one. The graphic below shows how the devices fared in the testing sessions. Along the bottom is the list of games in the order of launch. The blue line shows how much free RAM is available. The green line shows how much swap space was used.

The S21 Ultra shows the theory in its practical form. As the number of free RAMs decreases, the amount of swap space used increases. With 12 GB of RAM, the S21 Ultra was able to hold all the games in memory starting with Subway Surfers, then 1945 Air Force, right on through Minecraft, Elder Scroll Blades, and Genshin Impac. At the end of the test, no apps were killed off. To push things further, the tester ran Google Chrome and opened 12 tabs. As simple as this may sound, it eats 2.2 GB of Memory. After that, Android was finally forced to kill Minecraft.
The Pixel 3 XL, was nearly a disaster while trying the same stuff. The device was able to hold three games in RAM simultaneously: Subway Surfers, 1945 AirForce, and Candy Crush. Once the tester ran Brawl Stars, Subway Surfers was killed off and removed from memory.

The OnePlus 9 Pro used in the tests had 8 GB of RAM. Interestingly, the device also includes the company’s RAMBoost feature. It tries to make memory management smarter. It analyzes the usage and tries to keep apps you use frequently in memory and kill off the apps that you don’t use often. The feature will even try to preload certain apps if it determines that you will use them soon. To properly test the handset, the tester compared the use with RAMBoost on and off.

The RAMBoost feature reached the spike when Candy Crush was launched. This occurred because Subway Surfers was killed off, even though there was still plenty of free RAM and swap space available. The tester restarted Subway Surfers and continued. Brawl Stars started without issue as did Minecraft. When Asphalt 9 was launched, Android killed off Candy Crush and the 1945 Air Force.

With that in mind, he could conclude that OnePlus has more aggressive RAM management. It kills apps even when there are still free resources. The handset has 4 GB of swap space available but only around 1 GB is used when apps start being removed.

Conclusion – How Much RAM is necessary?

With the test concluded, we can see that 4 GB is not enough anymore for proper Android smartphone experience. Productivity apps are likely less demanding, Social Media apps are in the between, and games sit at the top of hardware eaters. Perhaps, 6 GB of RAM is a more viable choice if you can’t get a device with 8 GB or 12 GB of RAM.

8 GB and 12 GB of RAM seem to be on the right territory and also prove to be more future proof, especially the 12 GB of RAM amount. Thankfully, 8 GB of RAM is starting to become more popular among mid-range smartphones, it may be a matter of years until 12 GB RAM also arrives there.

At this point, 16 GB and beyond are overkill and are here just for marketing purposes. However, this can easily change in the coming years.