Vivo is constantly expanding its Y-series which is usually composed of smartphones with intermediary or low-end specs but capable batteries. A few weeks ago, the company introduced the Vivo Y55s 5G with a massive 6,000 mAh battery. In fact, it was the company’s first device to come with such battery capacity. Now, however, it is introducing a Vivo Y55 5G which comes as a variation of the s and drops the battery capacity down to 5,000 mAh. Everyone will agree that this is still a lot. The Vivo Y55 packs the same display, resolution and also shares other similarities with its S-tier sibling.

The handset comes with a 6.58-inch Waterdrop Notch display with a Full HD+ resolution. However, the screen refreshes at a standard 60 Hz. The waterdrop cutout serves as a home for an 8 MP selfie camera. The device’s bezels are acceptable for a low-end smartphone and the handset comes in two simple colorways – Gradient Blue and Black.

Moving around to the back, we have a triple-camera setup. Vivo has been sticking with dual camera setups for most of its mid-range smartphones. Apparently, the company realized that not everyone is interested on multiple cameras if not all the units are really useful. However, the handset is an exception. The Vivo Y55 5G comes with a 50 MP main camera, a 2 MP snapper for macros, and a final 2 MP sensor for depth reading. 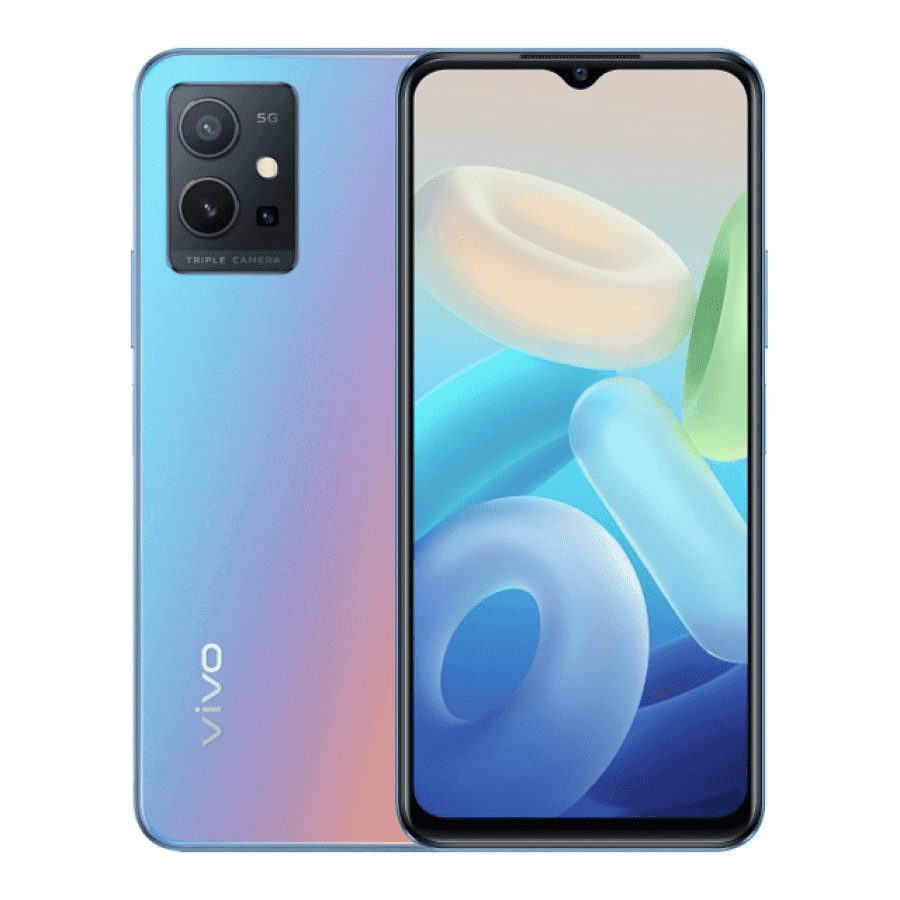 Under the hood, we have another device powered by the MediaTek Dimensity 700. This chipset is aging at this point, but companies are still using it due to its 5G capabilities and low price point. It’s still a decent SoC with a 7 nm architecture, two ARM Cortex-A76 cores clocked at up to 2.2 GHz, and six ARM Cortex-A55 cores clocked at up to 2.0 GHz. The handset comes alongside 4 GB of RAM and 128 GB of Internal Storage. If that isn’t enough for you, there is a micro SD card slot allowing for further storage expansion.

In terms of software, Funtouch OS 12 comes with a disappointment. It’s still based on Android 11. Vivo is following a confusing pattern with the release of the recent smartphone. Devices in the higher categories are already coming with Android 12 and Funtouch OS 12. However, those in the lower pricing points are coming with the outdated Android 11 version. That’s a pity, and this may be a dealbreaker for certain users. Anyway, the handset has a 5,000 mAh battery that charges via USB Type C port at 18 W speeds.

The Vivo Y55 5G retails at NTD 7,990 which is around $290. For now, details regarding the international availability have not been disclosed.

Next iPhone 13 series does not bring Noise cancellation during calls