The Garmin Fenix 7 series was rumored to get a major revamp. However, despite the multitude of leaks, Garmin didn’t take the smartwatch to CES 2022. After a long waiting, the company is finally announcing its revamped variant multisport GPS smartwatches. The high-end Garmin Fenix 7 is getting a major refreshment, but the company is also taking the opportunity to unveil the Epix. It’s a rugged outdoor smartwatch with an always-on color display.

Some of the things present in the new Fenix 7 smartwatches will be quite familiar for loyal Garmin customers. It comes in three sizes with distinct names – the 42 mm variant gets the Fenix 7S moniker, the 47 mm is dubbed Fenix 7, and the larger 51 mm variant stands as Fenix 7. The Fenix 7S and the standard variant come with fiber-reinforced polymer. However, there are also Solar and Sapphire Solar Editions for all three models. In addition, the Sapphire Solar Editions take the materials to new premium levels with titanium and sapphire glass for extra display’s durability.

The Garmin Fenix 7 series offers support for every major satellite system but also adds the L5 frequency range for better accuracy in “challenging GPS environments.”. L5 is one of the three “modernized” GPS signals for civilian use that, according to the US Government, have “higher power, greater bandwidth, and advanced signal design”. In addition to GPS prowess, the lineup also gets touchscreen capabilities. However, this does not sacrifice the button controls. The company wants to offer multiple ways of navigating through menus, such as scrolling through your Settings or Zooming in on GPS maps. 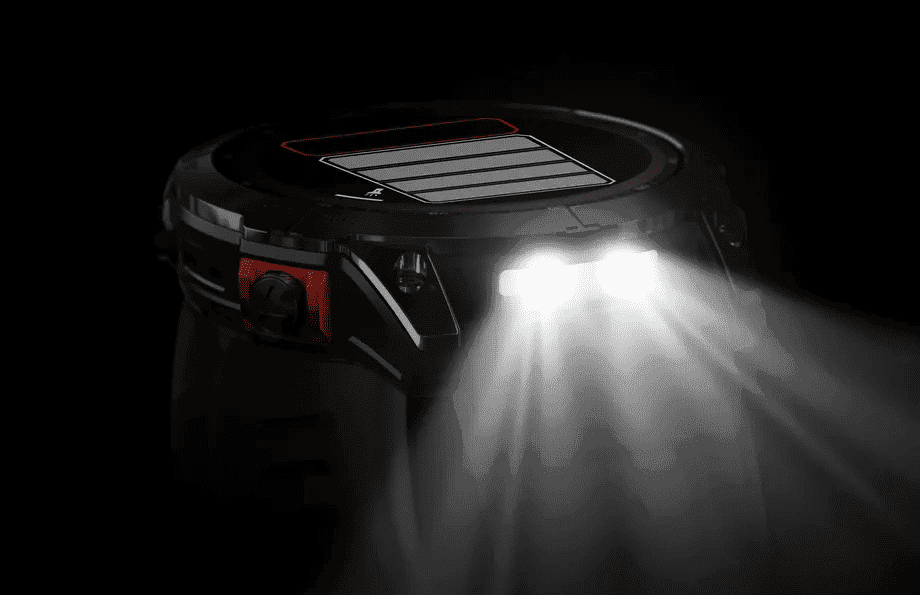 The larger model also comes with a hands-free LED flashlight feature with adjustable red or white light. It will help multisport athletes to see, and be seen, during nighttime activities. Garmin says that the feature can be activated via a double-tap and works for both left-handed and right-handed users. There is even an optional strobe mode. In this mode, the flashlight tries to match the runner’s cadence. As per the company, it will work as a head and tail light on cars. Therefore, others will have a better sense of which direction a person is headed.

In terms of software, there is a Real-Time Stamina tool. It will help you to compare the potential stamina you’d have at moderate intensity versus your stamina at your current effort level.

The company is also refreshing its Epix smartwatch seven years after the original model launch. The new Epix brings most of the Fenix 7 hardware and features but switches the transflective screen for a 1.3-inch always-on OLED display. 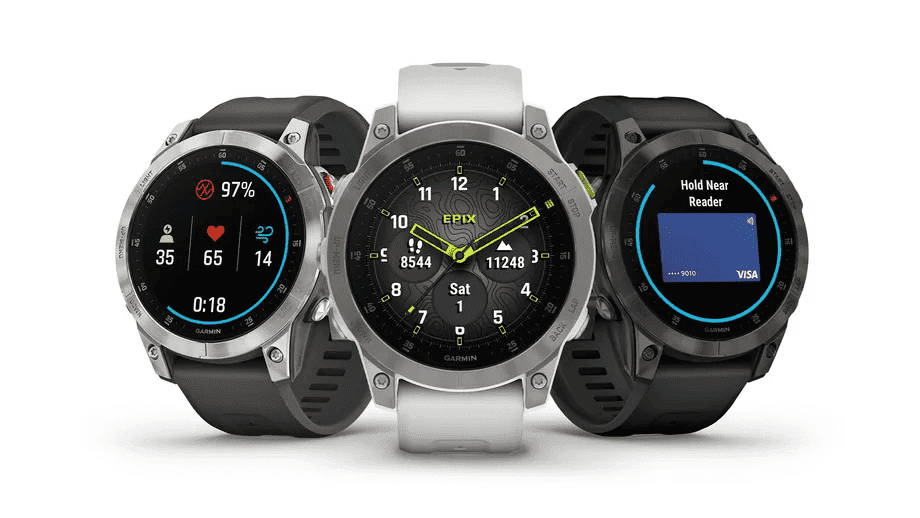 It comes in three 47 mm models and includes many of the same features as the Fenix 7 like buttons, touchscreens, and Real-Time stamina. The Epix, however, lacks an LED flashlight and solar charging. According to the company, the Garmin Epix’s battery can hold up for 16 days on a single charge.