If you’ve been following Realme closely, then the Realme 9i may be an old story. However, as far as the Indian market is concerned, the device is fresh new as it has been officially announced for the market today. As expected, the first handset in the Realme 9 series is entering one of Realme’s most important markets. The device is the least impressive in the series, but that does not mean it won’t come with decent specifications. It packs a high refresh rate, a large display, and a brand new chipset from Qualcomm. It is also coming at an affordable INR 13,999 price tag for the Indian markets.

To recall, the Realme 9i boasts the Qualcomm Snapdragon 680 SoC. This is a 6 nm processor unveiled last year by Qualcomm. It’s one of the last 4G chipsets released by Qualcomm. Furthermore, it is also one of the company’s most efficient in the SD6xx series. It comes alongside 4 GB of RAM or 6 GB Of RAM in India. These variants respectively come with 64 GB and 128 GB of Storage.

One of the Realme 9i weakest points is on its software. The device runs Android 11-based Realme UI 2.0, while the company already has a Realme UI 3.0 that brings Android 12. Well, we can only assume that Realme will update the handset in the next few months to the latest version of its firmware. Moving on, the Realme 9i has a Triple-camera setup with a 50 MP main camera, a 2 MP macro, and 2 MP depth units. 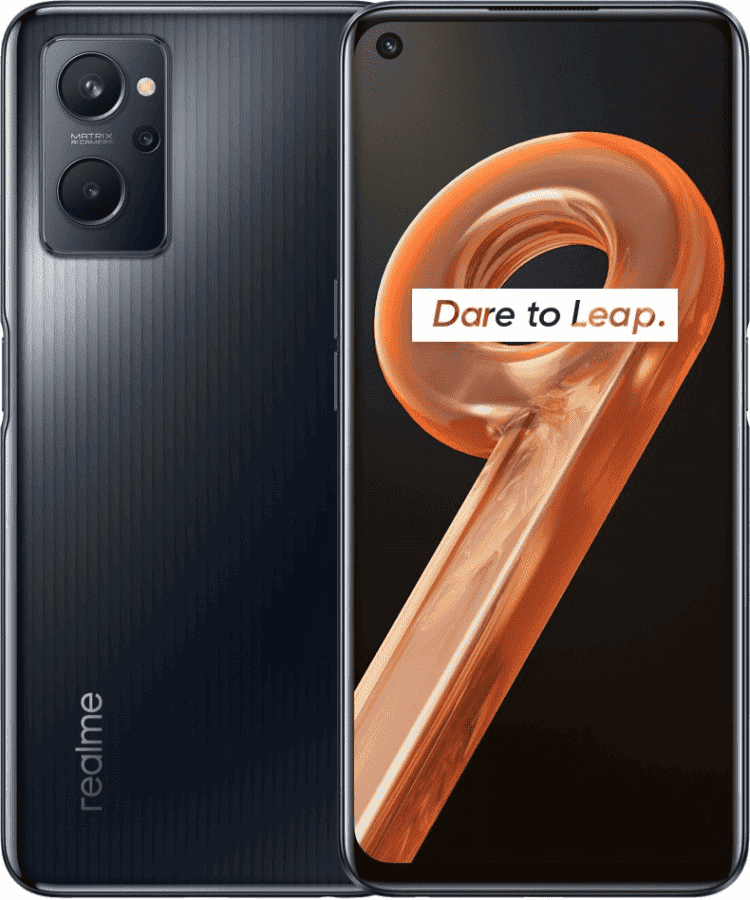 The device flaunts a 6.6-inch Full HD+ 90 Hz LCD with a DragonTrail Pro glass coating. It has a punch hole in Realme’s usual placement – top-left corner. It serves as a home for the 16 MP selfie snapper. The device’s back features a Stereo Prism Design, and that’s a fancy name for a design that consists of tiny vertical strips forming a texture at the rear.

The handset also has Stereo Speakers with Hi-Res Audio support. Moreover, it comes with a 3.5 mm headphone jack, a side-mounted fingerprint scanner, and a USB Type-C port with 33 W fast-charging support. That’s right, the device got a nice upgrade over the 18W charging on its predecessor. The battery keeps its good capacity at 5,000 mAh. There is also a micro SD card slot for storage expansion, and the Dynamic RAM expansion (DRE) Feature is also present. It allows you to virtually expand the RAM by 3 GB on the 4 GB RAM model and 5 GB on the 6 GB variant. However, DRE is not available out of the box and will require a future OTA update to work.