Realme has started its Realme 9 series with the release of the Realme 9i. However, this device won’t stay alone for a long time, as other devices are getting ready for release. Realme is expected to unveil a bunch of new smartphones including a vanilla Realme 9, a Realme 9 Pro, and a Realme 9 Pro+. The two latter devices had renders and specs tipped a couple of days ago. However, there were still some empty spaces in the specifications of the “standard Pro” variant. Now, thanks to a report from GSMArena that cites PassionateGeekz.com we have the full specs sheet of the handset to look at. As previously tipped, the Realme 9 Pro is the first Pro variant in three generations to leave the Snapdragon 7xx series behind for the Snapdragon 6xx series, but apparently, there is a good reason for that. 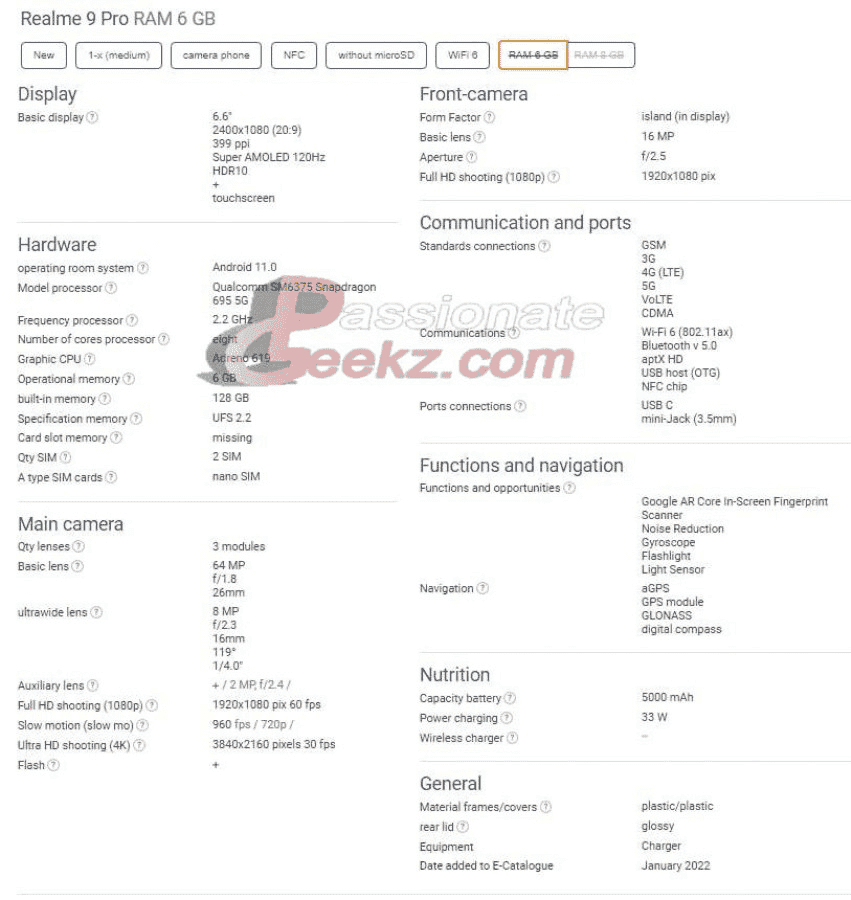 The Realme 9 Pro leaves the Snapdragon 720G that equipped the three past generations for a Snapdragon 695 SoC. While it may sound like a worse chipset, that’s not actually true. This chip is made in the more efficient 6 nm process and also brings 5G connectivity. It’ll probably be cheaper than using a 5G-capable Snapdragon 7xx series smartphone. After all, Realme needs to cut the right corners since this device also brings an AMOLED display which is what separates budget smartphones from better offerings. The device has a 6.6-inch AMOLED screen with a 120 Hz refresh rate and HDR 10 support. As you can see, the company is fixing the most screaming mistake made with the Realme 8 Pro. The device had just a 60 Hz refresh rate. 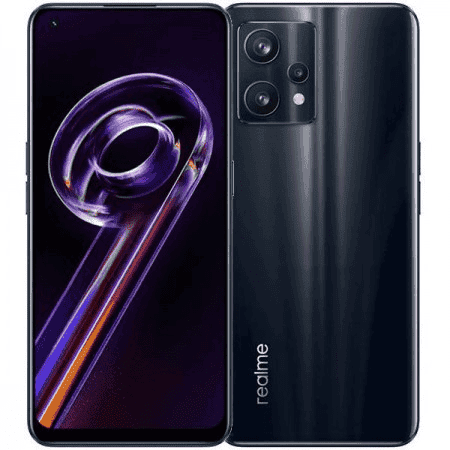 In addition to the horsepower, there is 6 GB of RAM and 128 GB of Internal Storage. Unfortunately, there is no way to extend the storage as the device will lack a micro SD card slot. However, we expect other RAM / Storage variants with a higher model getting 256 GB of Storage. Otherwise, you’ll need to deal with the 128 GB limitation. In terms of optics, the Realme 9 Pro packs a 64 MP f/1.8 camera that sits alongside an 8 MP f/2.3 ultrawide snapper, and a 2 MP f/2.4 macro unit. The front-facing camera, once again, comes in a top-left punch-hole and offers 16 MP resolution with an f/2.5 aperture.

The handset will draw its powers from a 5,000 mAh battery with a 33 W fast charging. Here we see the biggest step down of this handset. It leaves the 65 W charging present in the Realme 6 Pro, and the 50W charging of the Realme 8 Pro. Apparently, that was the cost to bring 5G, AMOLED, and refresh rate in the same package. There is still hope for a better-specced smartphone, and that rests with the Realme 9 Pro+.

The Realme 9 Pro and 9 Pro+ are touted to come in February in India and Europe. The vanilla Realme 9 will come later in Q2 2022.

Next iPhone 15 Pro to launch with a 5x Periscope Camera