Oppo has unveiled its Oppo Reno7 series in China back in late November. The time has passed and we didn’t hear much from the company regarding to the global launch. Now, however, this seems to be addressed as the company’s Indian division has scheduled a launch party for February 4. After the silence, the confirmation about the Oppo Reno7 series global debut is just here. The new Oppo Reno7 SE, Reno7, and Reno7 Pro are finally ready for the global markets, starting with India. 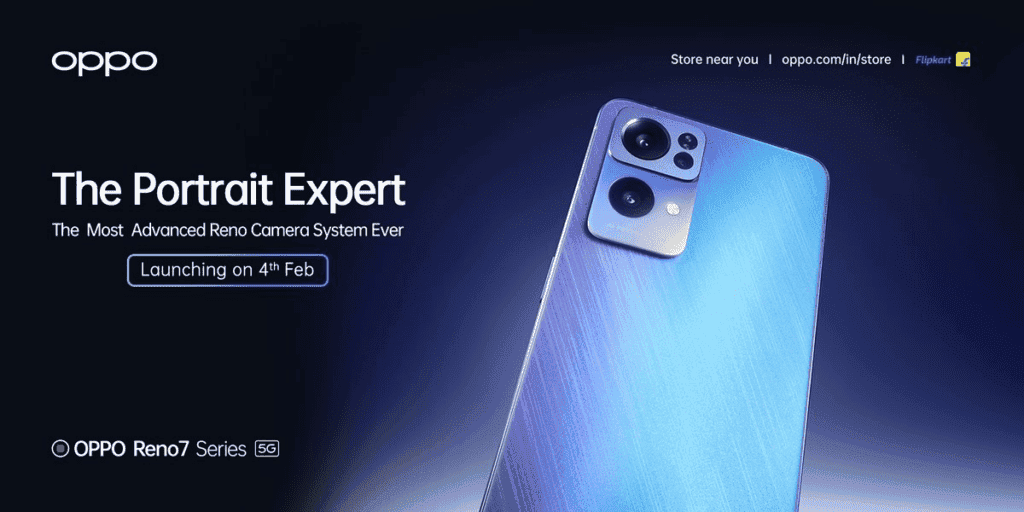 So far, Oppo has been teasing the Reno7 Pro in all its promo shots. However, the device won’t be the only one reaching the Indian market. Apparently, the Reno7 and the cheaper Reno7 SE are also coming for the country. In fact, yesterday, tipster Yogesh Brar confirmed that the Oppo Reno7 SE is coming to the market. He also revealed that the device will be the cheapest version honoring the legacy established in China.

To recall, the entire Oppo Reno7 series brings 5G chipsets. The Oppo Reno7 SE is powered by a MediaTek Dimensity 900, the Reno7 has the Snapdragon 778G, whereas the Reno7 Pro boasts the Dimensity 1200 Max chipset. The Reno7 Pro has a primary 50 MP main camera and a Sony IMX766 sensor. Both the Pro and the non-Pro bring an impressive 32 MP camera for selfies, which is the Sony IMX709. The Reno7 SE has a 48 MP main camera, and two non-impressive 2 MP snappers for macro and depths.

The Reno7 Pro also brings impressive 65W fast-charging, whereas the Reno7 drops it to 60 W fast-charging. The Oppo Reno7 SE as a more cost-effective version has only 33W fast charging. Both devices have AMOLED displays with Full HD+ resolution and 90 Hz refresh rate. All three devices bring in-display fingerprint scanners. The devices will start with 8 GB of RAM and up to 12 GB of RAM. In terms of storage, we expect up to 256 GB of Internal Storage.

One of the downsides is that all three smartphones are still running Android 11. However, we expect Oppo to fix this at a later date through a software update that brings Android 12.

Previous Xiaomi 12 Pro vs Google Pixel 4: how the camera sensor size has increased