Recently, smartphone manufacturers have begun to pay special attention to mobile photography, and they have advanced quite far in the evolution of cameras. A breakthrough in improving the quality of photographs made it possible to make more advanced lenses and matrices, as well as image processing algorithms.

For clarity, in order to compare how image sensors have evolved in terms of increasing their size, a photo was posted on the network where they compared the 50 MP Sony IMX707 sensor installed in Xiaomi 12 Pro with the Google Pixel 4 camera, which offered a CMOS sensor Sony IMX363 at 12 MP. The size of the main sensor of the new Xiaomi flagship is 1/1.28 inch versus 1/2.55ʺ for the Sony IMX363.

Today it is becoming more and more obvious that the best image quality will be in place by optimizing the hardware and software ecosystem, where more advanced hardware will also play a role. The size of the sensor determines how much light the camera is able to receive in order to produce detailed and high-quality images. Today, sensor size has become an important parameter in the race to become the best camera phone manufacturer. 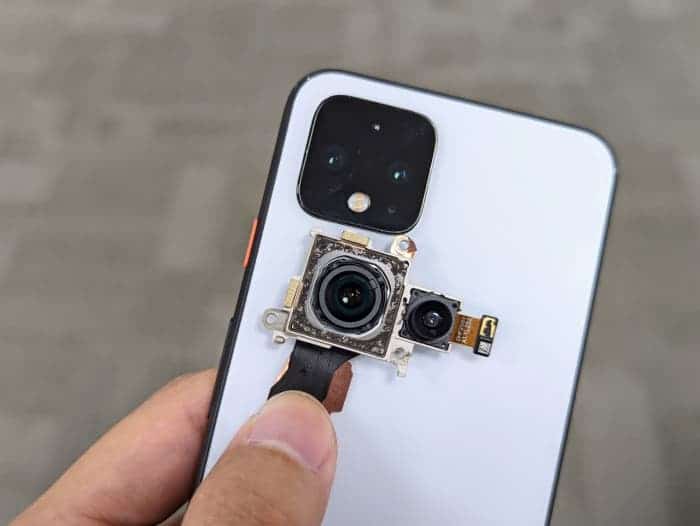 Over the past couple of years, manufacturers have been striving to increase the number of megapixels in cameras. Sensors with a resolution of 108 megapixels have become commonplace in devices; and last year will be remembered for the announcement of the first 200-megapixel sensor. But unexpectedly, manufacturers slowed down in the megapixel race; and many have relied on sensors with a resolution of 50 megapixels. One might think that common sense and rationalism triumphed, but not everything is so simple.

The well-known network insider Digital Chat Station believes that this is not a matter of prudence. The shortage of components forced manufacturers to proceed from what is, to install those components that are available. The production of 50-megapixel sensors was put on stream and it is not difficult to buy them. Compact 50-megapixel sensors come to the fore; where Samsung ISOCELL JN1 with an optical format 1/2.76ʺ will most likely get the palm.

The lack of components will be the reason that in 2022 we will not see a large number of smartphones; with periscope sensors and complex stabilization systems on the market. Manufacturers will have to install only what is freely available; so as not to reduce the rate of production of devices.

Next Oppo Reno7 series to launch globally on February 4