Realme started its Realme 9 series with the Realme 9i release earlier this month. Now, the lineup is about to get bigger with the release of the Realme 9 Pro and Realme 9 Pro+ smartphones. These devices have been leaked extensively in the past few weeks. Today isn’t an exception for the Realme 9 Pro as the device was spotted in multiple colorways through leaked renders. In addition to the renders, we have yet again another leak tipping the specifications of the mid-range smartphone. The new leaks are courtesy of MySmartPrice and PassionateGeekz showing the handset in Green and Blue colorways.

While the Realme 9i has arrived as a standard 4G mid-range smartphone, the Realme 9 Pro 5G and 9 Pro Plus+ are aiming higher. For the first time, we’re going to see full 5G connectivity in the Realme 9 series without the need for a separate 5G variant. Realme is also improving the display and bringing back the in-display fingerprint scanner. Unfortunately, there are some shortcomings that may disappoint most loyal fans. 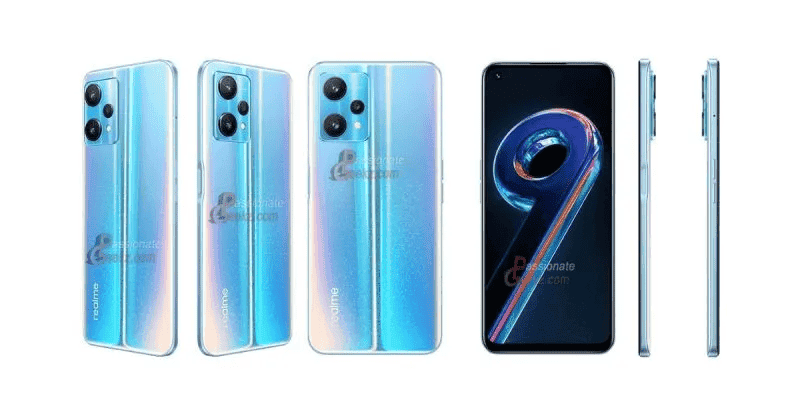 The Realme 9 Pro 5G is coming in three colorways – Midnight Black, Sunrise Blue, and Aurora Green. The Midnight Black version has been leaking in the past few days. Now, it’s time to know the Sunrise Blue and Aurora Green colorways. The leaks confirm the rectangular camera island, leaving the square-ish module that debuted with the Realme 8 series. 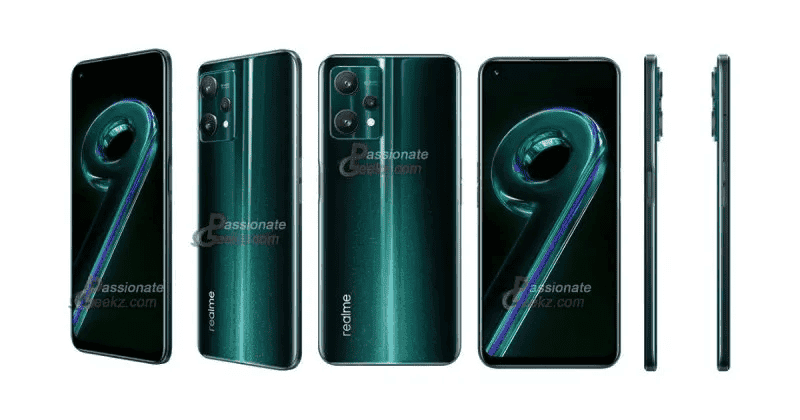 In terms of specifications, the Realme 9 Pro will pack a 6.59-inch AMOLED display with a whopping 120 Hz refresh rate. After a very controversial choice of bringing the Realme 8 Pro with a 60 Hz display, the company is fixing the Realme 9 Pro. The device has the usual top-left punch-hole for the 16 MP selfie snapper, and the in-display fingerprint scanner.

Under the hood, the Realme 9 Pro 5G packs the Qualcomm Snapdragon 695 SoC. It’s made on a 6 nm process and acts as a successor for the Snapdragon 690 found in the devices like the OnePlus Nord N10. The handset will come with 6 GB of RAM or 8 GB of RAM. The maximum storage should be 128 GB. Unfortunately, the reports have been suggesting the lack of a micro SD card slot. That may be a major downside for those who consider storage expansion of the highlights in the series. 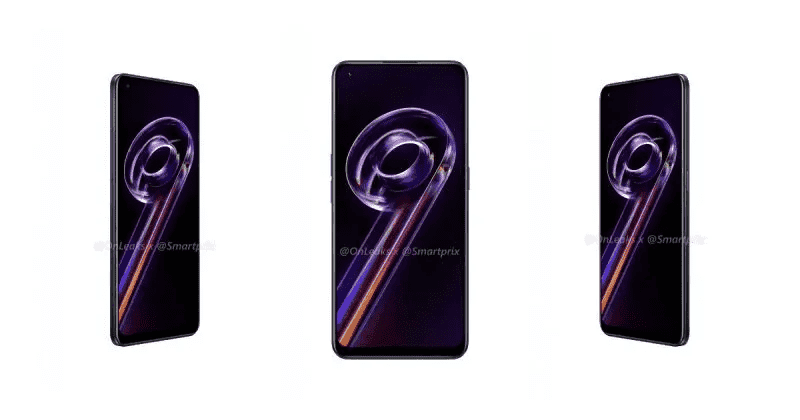 The Realme 9 Pro will come with a 64 MP Triple-camera setup. Realme is ditching the 108 MP camera in the predecessor, and honestly, we can’t see a problem with that. The company had to make many sacrifices to fit that camera, and the result was a Realme 8 Pro with Snapdragon 720G and a 60 Hz display. Moving on, the device also has an 8 MP ultrawide camera and a 2 MP macro/depth sensor.

The handset will draw its powers from a huge 5,000 mAh battery. Unfortunately, the series gets a major downgrade in the charging capacity to 33W.

Despite the Pro+ moniker suggesting it’s a much better variant, we don’t see it this way. The device has some upgrades but still has the same shortcomings as the 9 Pro. Apparently, the company is working to make the numbered series look more mid-range than ever. If you want a premium mid-range experience, then, the Realme GT Neo series seems to be the replacement.