Driverless cars, as well as a newfangled train technology, could reportedly make Boris Bridge possible in the future. Prime Minister of the United Kingdom, Boris Johnson left no stone unturned in a bid to build a bridge between Northern Ireland and Scotland. However, it looked like his dream was dead. Now, the expert who dashed the PM’s hopes claims that a “Boris Bridge” could actually come to fruition in the future.

According to Network Rail chairman, Sir Peter Hendy indicated that the PM’s dream of building a link between Northern Ireland and Scotland isn’t impossible. Furthermore, he suggests that new technology such as driverless cars could come in handy to make this possible. Mr. Johnson drew flak for supporting what was deemed as the “stupidest bridge in history.” This criticism came in November following Sir John’s review. The review suggested that building a full route across the Irish Sea wasn’t easy on the pocketbook, costing around a whopping £335billion for a bridge crossing. Likewise, building the tunnel came with a price tag of £209 billion.

Interestingly, Sir Peter now claims that Boris Johnson’s request to investigate such a link was “reasonable.” Moreover, he stated that future tech could pave the way for such a link. He was invited to appear in front of the Scottish Affairs Committee by the Scottish National Party chairman Pete Wishart. He was expected to find fault with the “quite honestly ridiculous proposal.” According to a fresh piece of information (via Belfast Telegraph), taxpayers had to shell out nearly £1million for the two feasibility reports. 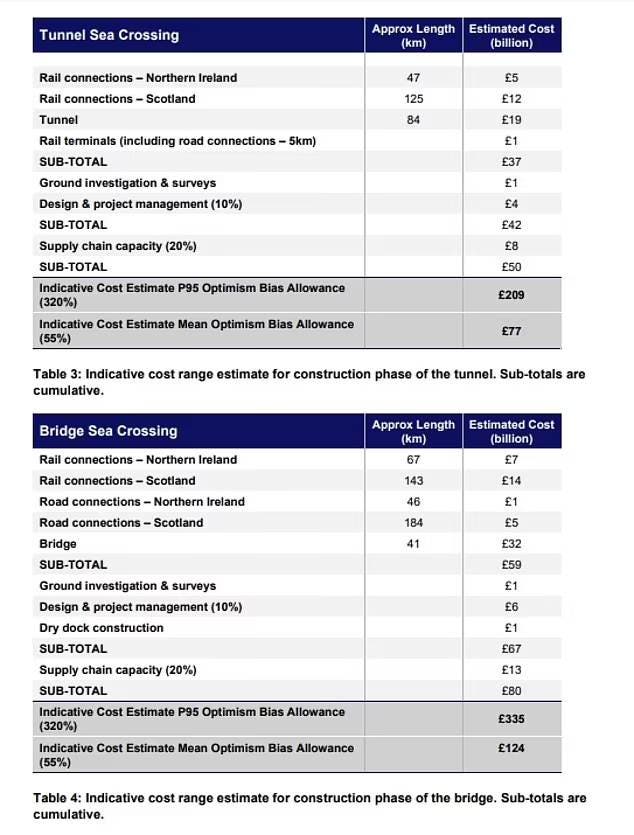 However, Sir Peter insists that he has written what he really thinks about it. Also, Sir Peter claims that building the link suggested by Borris Johnson isn’t in excess of modern technology. In fact, with advancements in modern technology, it could be right around the corner. However, he insists that reviewing it is necessary in the future, due to an issue surrounding it. Also, it is worth considering if the the existing technology restricts the approach gradients in terms of railway gradients and drivers’ ability to travel long-distance roads.

He further explained that autonomous vehicles may change that. However, it is imperative to review it in the future. He went on to say that the plan to build such a link isn’t impossible. There are similar tunnels with that sort of length in different parts of the world, “as there is in the tunnel under the channel,” he added. Aside from that, he recalls that it was initially impossible but came to fruition 30 years ago. In other words, the question wasn’t unreasonable to ask. So, his conclusion is that it is possible, but the amount of money it requires is not feasible at the moment. 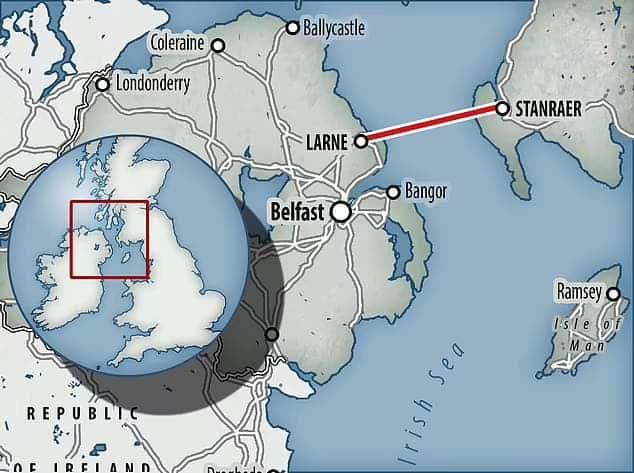 Furthermore, Sir Peter said that the situation is likely to change with the advent of future technology. According to the research, a bridge/tunnel would turn out to be the longest structure. The structure recommended by Boris Johnson would take about thirty years to complete. During this period, it would go through several parliamentary and legal processes, as well as design and planning. In November, The Department for Transport said that the Government will not build a bridge or a tunnel. It did not approve the proposal by Boris Johnson. This tunnel would’ve linked Scotland and Northern Ireland.

Regrettably, the Government didn’t move forward with plans “at this time.” This decision came after Sir Peter’s feasibility study.