Netflix has increased the prices of its plans in the United States as it did some years ago. Despite the prices that are getting far from their starting point, the company still reigns across the country as the main video streaming service. According to the latest report from JustWatch’s metrics (via GSMArena), the subscription video-on-demand segment has seen exponential growth in the last year. While the big “N” remains absolute, HBO Max saw significant growth in the country and achieved 5 percentage points.

Netflix still rules the US market, but HBO Max is carving its space among the giants 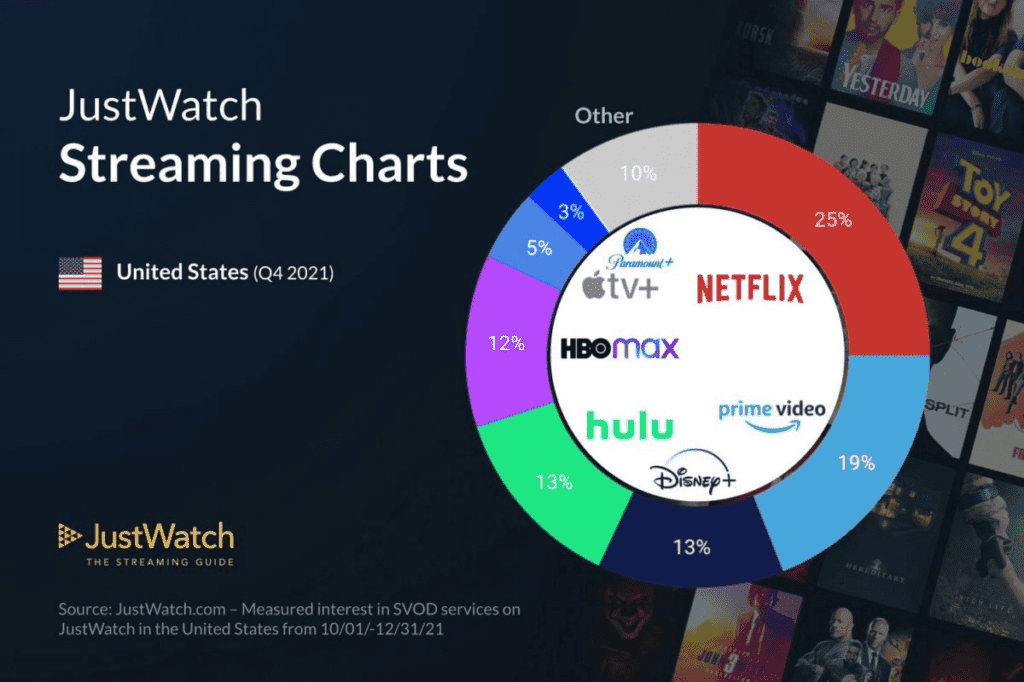 The research states that HBO Max saw the highest growth in the fourth quarter with a 2 percentage points increase which helped it close up on Hulu and Disney+. The company is aiming to become the third-largest streaming platform in the country and has the potential to do so. HBO currently has a big portfolio of shows and original movies on the platform. It has the rights for insanely popular franchises. For example, the legendary and highly-anticipated Zack Snyder’s cut of League of Justice became a reality through the service. Earlier this year, we also saw some movies getting their premiere in the service. The most recent launch was Matrix 4.

For this year, there are big movies and shows coming. The Last of Us is one of the most anticipated shows and it will be available through the platform. The show is based on Sony’s PlayStation title that has completely changed the industry of gaming in recent years. Alone, the new show may bring a lot of new users to the platform.

While HBO Max grew, Netflix saw a 2 percentage points decline in the fourth quarter of 2021. Hulu, Disney+, Apple TV+, and Paramount+ all gained 1 percentage point in the same period. We are particularly interested in seeing how these platforms will stand in 2022. After all, the competition is only growing every year. The top services will bring more and more content to keep their users engaged.

Disney Stops Additions to its Workforce: Also, It Will Lay Off Some Staff